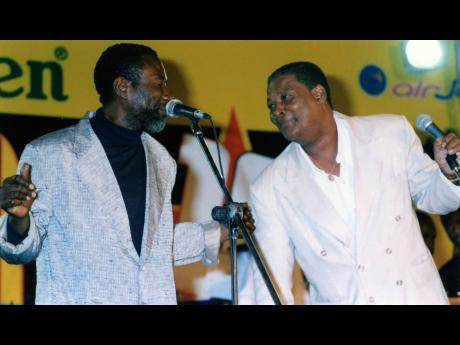 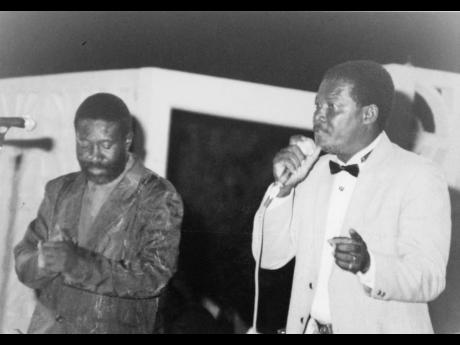 Gleaner Photo
The Clarendonians were part of the top vintage package for the 1992 Heineken Startime show at Oceana Hotel. 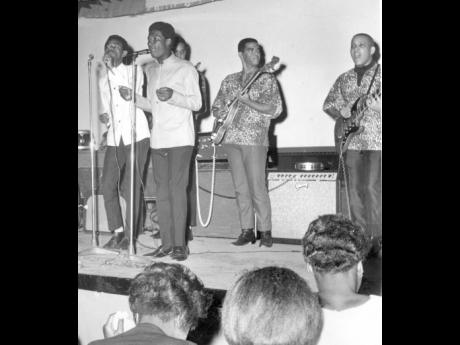 File
The Clarendonians in performance. They were backed by Tomorrow’s Children. 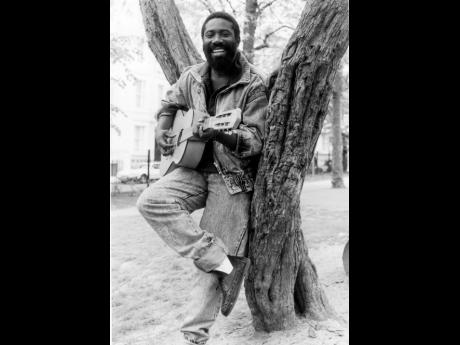 Michael Wilson, the son of veteran singer Ernest Wilson, is reeling from the shock of his father’s sudden passing last Tuesday, after being admitted to the Kingston Public Hospital the previous day. The singer, who was one half of the Clarendonians, was 69. According to his son, the cause of death remains unknown.

“It is really a shock,” Wilson said emotionally.

“Ernest is music. He has never stopped singing. He has an album as well as a few singles out now. My father was in the studio working up to Friday, and then he started feeling ill on the weekend. I took him to the hospital on Monday because he was having breathing problems. His oxygen was low, but when the doctors tested him, he was responsive. I wanted to stay with him at the hospital, but the medical team said he would be given a COVID test, and then he was going to be taken to a special area. I didn’t sleep Monday night because I was expecting them to call me, as promised. That call never came.”

Through his grief, Wilson shared the obstacles he had trying to get an ambulance from the KPH to pick up his father at home, but none was available, and his stress trying to locate his father at the hospital on Tuesday, after finally getting a call from staff at KPH in the afternoon.

“I was calling the hospital from 7 a.m. on Tuesday, but got nowhere, and then I got a call a few minutes to three telling me to come because it was urgent. I kept trying to get details but couldn’t. I hurried down there, and the staff at the hospital didn’t know who he was or where he was. I was told that he was up on the third floor, but he wasn’t. Finally, a doctor came to me and told me that my father had died at 1:52 that afternoon. I said, ‘No, that’s not possible. How could he be dead?’ I was not expecting that news at all,” Wilson said.

He explained that, up to Thursday morning, he was still awaiting the results from the COVID test his father had done.

“We are all curious about what caused my father’s death. All his children are in contact with each other. He had seven kids, but two died, so now it’s just me, my three brothers and one sister.”

He mentioned that of all the children, only one daughter, La Toya, had ventured into the music business to do some singing. She actually teamed up with Yellowman years ago for a cover of Ernest Wilson’s song, Money Worries.

It was in 1965 that 11-year-old Ernest Wilson and his friend teenage Peter Austin, both from Hayes in the parish of Clarendon, formed the ska and rocksteady group The Clarendonians. Their Wikipedia entry states that the duo won several talent contests and recorded their debut single, A Day Will Come, at Federal Records. Studio One producer, Clement ‘Sir Coxsone’ Dodd, recorded a series of singles with the duo, including Rudie Gone a Jail, Sho Be Do Be, Rudie Bam Bam, You Can’t Be Happy, Darling Forever, and You Can’t Keep a Good Man Down, that helped to define the “rude boy” era of ska. History records that the Clarendonians brought a seven-year-old Freddie McGregor to the attention of Dodd. The young Freddie, although he was never a member of the Clarendonians, he recorded with Ernest Wilson as Freddie & Fitzie. After the Clarendonians dissolved, Ernest Wilson enjoyed a solo career.

Michael Wilson shared that Freddie McGregor is among the numerous persons in the music industry who have reached out to him since his father’s passing. “So many people have sent their condolences, and I want to thank them all. Minister Grange called, and I appreciate everything because my father was an icon. We are now preparing to have a nine-night for him on the eleventh at John T’s place, Forever Young, in downtown Kingston,” he added.

A date for a thanksgiving service has not yet been set.