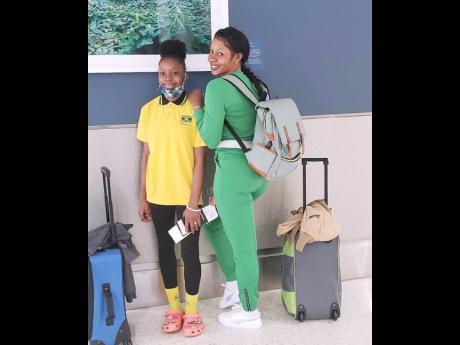 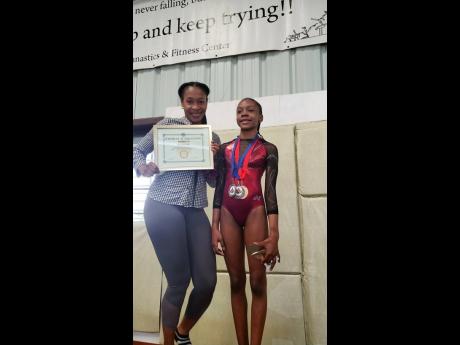 Contributed
Keiva is a proud mother as she revels in Destiny’s success at gymnastics.
1
2

“I don’t have a life, to be honest,” Keiva Di Diva told The Gleaner. Her remark contrasts with her life throughout the early 2000s when she was a sought-after dancer appearing in more than 100 music videos. Even after becoming a mom 11 years ago, Keiva still maintained her celebrity lifestyle with the latest fashions and sporadic vacations worldwide. This was possible because her daughter, Destiny Chung, was living with her mom in New York.

“I called her one Mother’s Day and she looked me in the eye and was very sad,” Keiva recalled. “I said, ‘Happy Mother’s Day, Des’, and she run from the phone and said, ‘I wanna come home’. It doesn’t mean she was unhappy because my mom and sister took the best care of her and sent her to the best school, but my heart said, ‘No, I need to grow this child’.”

She continued: “Oftentimes, I hear children cuss dem mother and tell them, ‘You didn’t grow me’ or ‘You gave me away’, so I went back to the drawing board because I didn’t want my child to ever look at me and say, ‘You didn’t grow me, I don’t have to listen to you’. I know how I want to grow her because my mother grow me very good with a lot of morals. I wanted to express back that feeling, I wanted to be a great mom.”

So, she gave it all away: the clothes, dancing scene, partying and vacations, all in her early 30s. Ironically, she’s now travelling to new places courtesy of her daughter’s gymnastic venture. Just last week, Keiva went to El Salvador for the first time as Destiny competed at the Central American Championships as part of Jamaica’s gymnastics team.

“And, last year, she gave me a Canadian visa but we didn’t get to go because of corona,” she added. “To see her now, excelling and doing so well and taking me places, it’s a joy. I’d sacrifice it all over again.”

“I think as parents, when you live your life already, you should just step back and let your children shine and that’s what I’m doing,” she said. “Once I wake in the morning, it’s school. After school ends at 2:30 p.m., she’s going to do a class and after that she heads straight to the gym. I’ll go back to work after taking her to the gym but sometimes I’ll just spend the day with her at the gym if I’m drained. I’ll sit in my car for four, five hours and wait on her or I’m at the gym watching her. When most kids are in their bed, she’s literally in the gym cause she gets home from the gym around 8 p.m. From there, sometimes it’s just to bathe and head straight in bed.”

Since returning from El Salvador and being in quarantine, Destiny’s schedule has lightened up, which she didn’t mind. But as Keiva told her, “Michael Jackson had to work smaller than you to get where he is.” Nonetheless, she is looking into making some changes to strike a healthy balance.