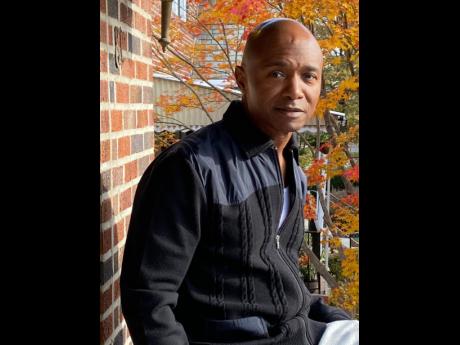 Contributed
Lords of Yard CEO, Horatio Hamilton, says Sashi will be back in Jamaica for summer 2023 and promises that ‘The Sashi Experience’ will be at a much greater level.

Sashi, the star-studded, three-day music festival, which was first hosted in 1999, will make its grand return to the events calendar in 2023. Lords of Yard Inc (LOY) boss Horatio Hamilton, whose company was famous for hosting the over-the-top event, was released from prison in Atlanta three weeks ago. He told The Gleaner that the planning for Sashi has been ongoing.

“Sashi will be back in Jamaica for summer 2023. I’m feeling truly excited to be able to put all my plans in place which I have been fine-tuning for over 16 years, and which I’ll be making an announcement in full details about very soon,” Hamilton said.

Pushed to name a possible headliner, all Hamilton would say is, “It will be one of music’s biggest artistes.”

Regarding promotion of the ‘Experience’ he stated, “The marketing of Sashi will be worldwide. I think COVID-19 and the absence of Sashi for so long will make it much greater and I’m sure that we’ll have a bigger turnout. Bigger than ever.”

Quizzed about the feasibility of staging two major summer events, Sashi and Reggae Sumfest, in 2023, the LOY CEO reminded that “The Sashi Experience and Sumfest have co-existed in the past and it will continue to. It’s two different shows.”

Hamilton is enjoying his new-found freedom and is looking forward to taking a trip back to ‘yard’.

“I’ll be visiting Jamaica around this time next year,” he gleefully shared with The Gleaner.

Sashi made its name in the entertainment space by jetting into Jamaica high-rolling artistes who were at the top of their game, and also hosted a glitzy banquet, at which key players in the industry were recognised.

In 2001, the flamboyant music executive, whose company was based in the US, hosted the first Sashi Banquet Awards at the upscale Ritz-Carlton Hotel, Rose Hall in Montego Bay. A Humanitarian Award was presented to US actor Steven Seagal; Island Records boss Chris Blackwell was awarded a Lifetime Achievement Award (accepted by actor Carl Bradshaw); while Jamaican actress Sheryl Lee Ralph received a Patriotic Award. Sly and Robbie received a Lifetime Achievement in Music Award, and late artiste manager Louise Fraser-Bennett was presented with a Public Service Award.

Sashi came to an abrupt end after Hamilton was indicted in federal court as the leader of a multimillion-dollar, New York-to-LA marijuana-trafficking ring. In 2006, he was sentenced in a Manhattan federal court to 25 years in prison for conspiring to traffic over a ton of marijuana a week for approximately seven years. He was ordered to forfeit US$10 million and a house in Encino, California.

After spending 16 years and 10 months behind bars, Hamilton was released from the McRae Correctional Institution in Georgia on November 4.