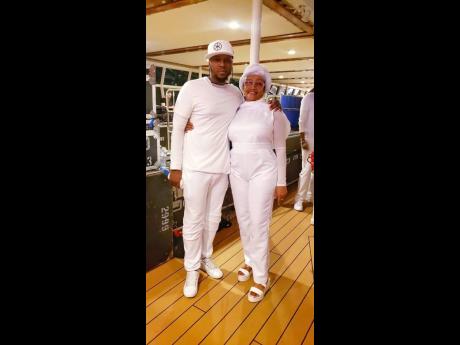 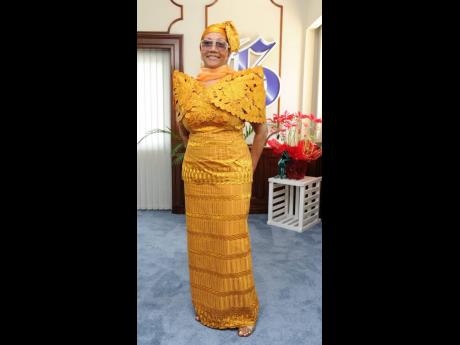 Two of Marcia Griffiths’ sons have poured their hearts out to her and sent messages of love on behalf of the family as they celebrate her 72nd birthday today.

According to Errol Thompson Jr, the eldest of Griffiths’ three sons for singer-songwriter and popular Jamaica Broadcasting Commission disc jockey Errol Thompson, her motherly nature is picked up by everyone with whom she crosses paths.

“One of the things I am most proud of is her legacy not just as an entertainer or a public figure, but as a human being. I have heard persons in Jamaica referring to her as ‘Mother’ – or ‘Mama Earth’. She is a huge inspiration for [women] and men alike, so that definitely makes me feel proud. At the end of the day, she is just mommy to me, but I still understand and appreciate the love everyone has for her,” he told The Gleaner.

Thompson Jr, a recording artiste known by the moniker ‘The Kemist’, shared that his mother has set a standard for him to maintain on the music side of life, which is not easy – but a good one nonetheless.

“She definitely blazes a trail as [a] woman of integrity. A benchmark in the way she carries herself, the way she dresses – her approach to everything – she never waivers from her positive message despite being a female in [a] male-dominated industry. She has [held] her own over the years, and that is rare, and deserved the respect because right now at the drop of a dime, them gone left or right wherever the breeze blows,” The Kemist said.

Forging her career as a towering female figure of ska, rocksteady and reggae music during the 1960s through to the 1990s, with a long list of hits including Electric Boogie, I Shall Sing and Young Gifted and Black, that still has her headlining shows to this day, Griffiths has rightfully been proclaimed the ‘Queen of Reggae’. She has contributed to Grammy Award-winning albums and is the recipient of several other international and national awards and accolades, such as the Jamaican Order of Distinction (Commander Class).

He explained for her birthday, the veteran singer has informed her family that she does not want any party, “but we’ll probably have a dinner just because we will be around her and we have to have food.

“She made it clear that she is grateful to be around to do what she does, and she is not about the big fuss. I want to celebrate her in a way she can just feel relaxed. I have to be thankful, too, for the past 10 to 15 years, I notice where the support has been tremendous, and she is receiving her flowers while she is alive. Many persons do not get those while they are alive; my mother has been feeling loved,” The Kemist continued.

Over the years, Griffiths has been praised by members of the reggae and dancehall community and American rap and hip hop sphere, demonstrating to her sons the impact their mother has made on the lives of many, both locally and internationally. The respect does not stop there, said recording artiste-producer Matthew ‘Esco’ Thompson, who recalls the celebrities that connect with her each year extend beyond the music.

“Aside from artistes, producers and musicians or even international music professionals like P Diddy, you have the big names in film like Steven Seagal and Wesley Snipes, or football players from the Miami Dolphins and professional basketballer Lebron James that will call her,” Esco said.

He added, “We can never guess who will call her. As for the family, this celebration will be no different, except I am sure my stepmom will be surrounded by much more love – no surprises there.”

Esco was swathed by the love of Marcia Griffiths, who became a second mother to him. He described her as a strong woman with an amazing work ethic, a very humble woman who wanted to know everyone was taken care of instead of extravagant affairs. He said her birthday celebrations have always been her giving more of herself to others.

“I feel proud to be part of a family with Sister Marcia. Between her and my mother, I was blessed with two woman playing the role of mother, and they maintained a good relationship for us to have a good home. For past celebrations she was always cooking, same care she put in her work, same she put into providing ‘soul food’. She cares for her family and other families – there is no end to her goodness – for her birthday, I wish her nothing but all the goodness tenfold,” Esco said.