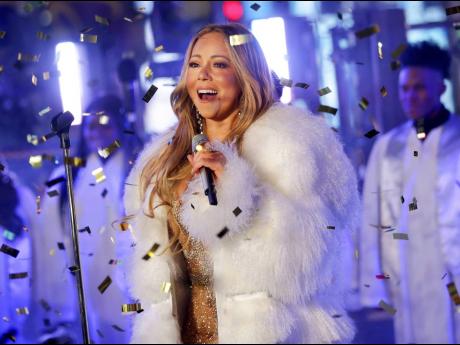 AP
Mariah Carey’s ‘All I Want For Christmas Is You’ is a holiday favourite.

Mariah Carey never set out to make Christmas “her holiday”.

The All I Want For Christmas Is You hitmaker admitted, while she’s become synonymous with the festive season, she was never trying to capitalise on anything as she instead just wanted to celebrate however she could.

Appearing on the On with Mario Lopez podcast, she said: “I never said like, ‘This is gonna be my holiday’. I just wrote this song, All I Want For Christmas Is You, and, as the years went by, it started to permeate the culture in its own way.

“I used to sit there and listen to it and really critique it, like, ‘Ugh, why didn’t I make this part like that?’ Or, ‘Why did I do that?’

“Every year, I would do a new video or a new Christmas song because I truly love it. It’s not just ‘cause everybody’s like, ‘Oh this is the hot thing to do, do a Christmas thing’. Nobody was saying that back then.”

When it comes to the big day on December 25, Carey insisted she’s not that difficult to buy for, although she prefers to focus on everybody else and making sure they’re happy.

“What I usually do is give everybody else their presents, and then I’ll open [mine] Christmas night or even the next day.

“I’d rather handle everybody else and make sure they’re good – it’s about giving for me. I won’t turn [down] a nice diamond if they threw one at me!”

The 52-year-old star also opened up on the upcoming festive special, Mariah’s Christmas: The Magic Continues.

Discussing the Apple TV+ project, she said: “Joseph Kahn directed it. He and I work really well together and have worked together over the years. He just has a really great aesthetic; I love just the way he puts things together.

“I think he gets me in a way that not everybody else does.”