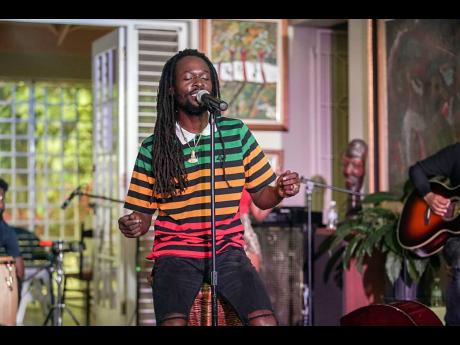 Contributed
‘If you know the struggles [we’ve] been through. The ups and downs, the smiles, the frowns. The confusion and the relentless search for solutions, you would know why this is, in itself, a triumph,’ shared Jesse Royal. 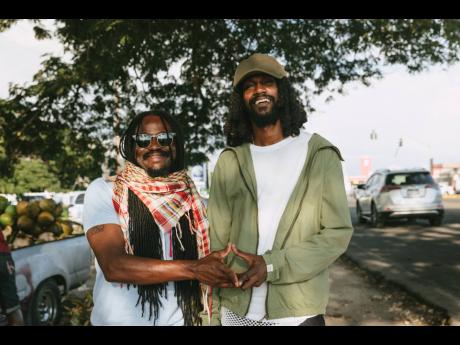 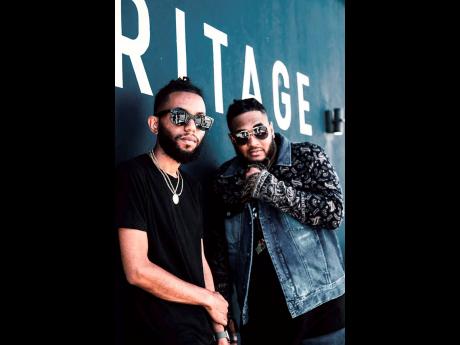 Songwriter, performer and recording artiste Jesse Royal circumvented the traditional record deal at an early stage in his career, opting first to pursue music on his own terms. Hailing from the rural farming community of Maroon Town in the parish of St James, Jesse Royal’s lyrics have always been rooted in consciousness and he has challenged stereotypes using music.

His début album Lily of Da Valley, released by Easy Star Records, hit #1 on the US Billboard Reggae Album chart in 2017 and there were always plans to do another album that would either match or exceed the first. But he knew it was a project that he could not do alone. There was a diverse team of creative forces behind the recently Grammy Award-nominated album, Royal, to help execute his vision – some of whom have worked on projects that have previously received the nod of approval from the Recording Academy and others who are pursuing their dreams of becoming recognised by the coveted organisation.

After nominations for the Grammy Awards were announced earlier this week, Jesse Royal shared with fans on social media that with all the challenges he faced, Royal being named as one of the six in the Best Reggae Album category was already a win.

He wrote: “If you know the struggles [we’ve] been through. The ups and downs, the smiles, the frowns. The confusion and the relentless search for solutions, you would know why this is, in itself, a triumph.” Jesse Royal tagged several artistes and music industry professionals in the post, from the likes of incarcerated dancehall deejay Vybz Kartel and producer Iotosh, who did Rich Forever, and other featured artistes Protoje, Samory-I, Runkus and Stonebwoy to Dubwise founder Jason Panton, who worked on the artwork for the album.

“To each and every individual that gave their energy without restraint. The dream team! We set out with an aim and never divert. A good heart is still valuable, love is still real, Jah is mightier than them all and all the voters, give thanks for the nod to each and everyone who bought, listened, streamed and shared you are appreciated,” the artiste continued in the post.

Simon Alexander Mitchell may not be a name everyone in the industry is familiar with, but under the moniker Vision Alexander (who Jesse Royal mentioned in the post), his portfolio as a songwriter has much to be admired. The Florida-based singer-songwriter has worked with the likes of Mojo Morgan, Jemere Morgan, Protoje, Koffee and Teyana Taylor, among others. He is credited on six of the lauded album’s 11 tracks: LionOrder, Natty Pablo, Differences, Dirty Money featuring Stonebwoy, Rich Forever featuring Vybz Kartel, and Natty Dread.

“The first song Jesse Royal and Easy Star Records heard from me was LionOrder, and it was originally going to be a single, but the label [was] in album mode at the time. As a result of that, he flew us, myself and producer Sean Alaric, [in] for a writing camp,” Vision Alexander told The Gleaner.

It is the second nomination for Sean Alaric, who produced Throne featured on Koffee’s EP Rapture, which won the 2020 Grammy Award for Best Reggae Album. By the end of the trip, the songwriter and producer understood the assignment, using LionOrder as a template of what the artiste and label expected.

He said, “The three of us plus producer Jon FX work like a ‘dream team’, and we all definitely had high expectations for the album. Jesse is one of the most hardest working persons I have met. I mean, he was just coming off a tour when he hosted the writing camp, his voice was gone, and he only had one week to get it done but still have it 100 per cent. He set the tone for what synergy means.”

The album is more than a self-titled sophomore production, and the recording artiste would potentially have the most accurate and significant definition of ‘Royal’, said Vision Alexander, but “the way it was put together, was done in a kingly character,” which speaks volumes, and for this reason, “this nomination feels like a win”.

“Everything from the way everyone – the way everything – was brought together to work on the album was organic. It was something from ‘out the mud’, and there was no big budget behind it either, so the mere fact the Recording Academy could see the quality of the work is enough for me,” Vision Alexander added.

Recording artiste Runkus, who worked with Jesse Royal on the ninth track on the album, Like Dat, also reacted to the nominations. “It was a mixture of emotions for me, initially me almost never believe,” he divulged. “Joy, excitement, shock… yes we work hard for this, and the album deserve [it], and Jamaica’s music is everything, but a lot of albums were submitted.”

Speaking about the opportunities the album generated, the recording artiste said that both emerging and established creatives contributed to the album.

“We all had a role to play or acted in more than one capacity; for the track, I helped build the beat, produce, engineer and write. Jamaica is one of those places where we, as the people, rely on our creativity to make things… look at it, there was never certain technological advancements back in the days, but we created reggae. Out of resourcefulness and resilience, we use what we have and make it work. That’s what makes us win. This makes me feel ready to take the step towards submitting an album,” Runkus said.

Omar Currie, founder of Smart Kid Records, is also credited as a songwriter on Like Dat. He said one session with the two recording artistes gave birth to other ideas and productions. Already charting a successful path, he is looking forward to more wins.

“Looking into 2022, we have projects with more reggae artistes. Runkus is a talent, songwriter, musician and performer; you name it. It’s always good chemistry, and there is this resilience that allows for us to unlock great things like what we have done with Jesse with Like Dat,” he said.