Projexx’s latest project explores his roots, love in all forms 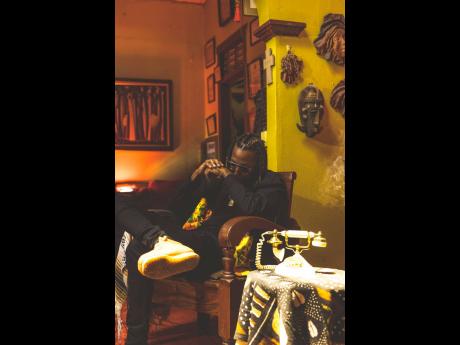 Djuvane Armstrong
Recording artiste Projexx enjoys a quiet moment to himself while recording scenes for the music video of ‘Another Day’. 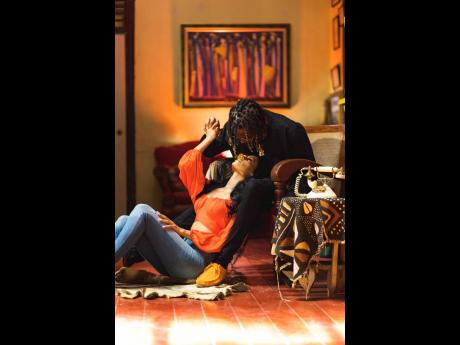 Djuvane Armstrong
Projexx (right), and model Gabrielle Davis make every effort to bring the visuals for ‘Another Day’ to life through their interactions on set.
1
2

Projexx’s smooth style of serenading women and being able to maintain the respect of the strong male personalities in the music industry earns him more than one stripe. As an emerging artiste trying to erase the status quo of the music permeating the local scene, he refreshingly amplifies his goal, “to have my music imply all that I’m inspired by, and this could be from listening to 10 songs from 10 different genres and experimenting with sounds from each. Just making more music that helps me and my sanity because, when I’m doing music, I don’t think of anything else, and I don’t allow myself to become distracted, just so that I can keep up the quality,” he told The Gleaner.

So as not to leave his roots behind, he accepts that what he does is called ‘dancehall fusion’.

“It’s just that some of my songs can’t be placed into any one genre. Some of those unreleased, I could tell they were way before their time,” Projexx said. The artiste recently released his debut EP called Queen Hill, which burns with the urgency of youthful ambitions and young love as he pays homage to a place in Kingston, Jamaica that he holds close to his heart, while sending a message to the women as well as the men within our society.

“Projexx has always and will always be for the ladies; it wouldn’t be me if I didn’t dedicate some tunes to them. I had said before that Queen Hill is a representation of where I’m from, but I’m also representing for our modern-day ‘queens’ and ‘kings’,” he said. “I use my talent to spread and showcase love and harmony with music by talking about topics that will remind men how our women are supposed to be treated and that our women should feel loved and protected at all times.”

He shared that the EP, which was released alongside the visuals for Another Day, featuring Jesse Royal, celebrate intense romance with their female partners, and is particularly relevant as the world wakes up to the news of more and more women being abused, raped, abducted or reported missing without any further information. Meanwhile, Sidepiece, which starts and closes out the project as a remix with Nigerian singer Ruger, has accumulated millions of streams to become a hit single for Projexx. While it may not be the most conservative tribute to women, the artiste says the lyrics, like all his songs, “are coming from a place of love and passion, as nothing can prosper without those. I am all about love, and so I preach and teach love amongst me and my peers daily.”

The Bigga League artiste’s potential to succeed speaks for itself. Just ask Warner Music Group, with whom he signed a major contract last year. He told The Gleaner that he is determined to focus on quality over quantity. “I’ve been to certain places and, seeing what our music does, it is powerful, and we should take it serious, approach it on a level like we care, to make sure the quality of the productions is world-class. We have good artistes here, but we need to focus more on quality.”

If the name Projexx was not known before he inked the album deal with the American powerhouse label, it certainly is identifiable now: he is featured on single True Love for Wizkid’s recently Grammy Award-nominated Made in Lagos album, which peaked at number one on the Billboard Charts and is the first Nigerian album to spend 52 weeks (one year) on its World Albums charts.

“Warner Records approached me some time after doing some work with my friends of Big Wave (who are integral with making the connection), and the deal, which encompasses three albums, turned out to be sufficient for me and my team. We thought it could be receptive to where we are trying to take the music.”

The versatile record and management label, which has in the last decade represented an impressive roster of artistes like Red Hot Chili Peppers, Bebe Rexha and Dua Lipa, proved ideal collaborators — the singjay is the third Jamaican dancehall act to work with the label.

“I’ve been doing the work way before signing, and the thing is, at the time when I was focused on dropping music, there was still the feeling that, where I wanted to carry my music, I couldn’t do it alone. I was doing well with consistency and was making sure to save some of the tracks I was recording with, sort of like following my intuition, because music is all about how I feel and how it makes other people react. This is only the beginning. The best is yet to come,” Projexx said.