‘The music water down,’ says Tu-Lox on the state of dancehall 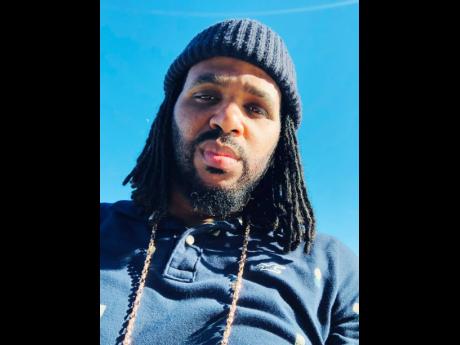 Contributed
Paul ‘Tu-Lox’ Gaynor says Americanisation is one of the primary issues that cost dancehall its uniqueness.

For dancehall artiste Tu-Lox, repositioning dancehall to a place of growth instead of hype is a multilayered problem, but not one that cannot be fixed.

The musician pointed to Americanisation as one of the primary issues that cost dancehall its uniqueness.

“Our culture has changed, and we no longer have our own culture, and this is why America and the rest of the markets are losing interest in Jamaica,” Tu-Lox told The Gleaner. “If the Jamaican artistes dem a seh everything weh di rapper dem seh, because mek wi nuh fool weselves, dem new youth yah a rapper dem: the murder, the scamming, just go inna the rap market and see if a nuh the same things. Will the same American market be interested in our market if we a seh the same things weh dem a seh?”

Tu-Lox spoke of the eras when Jamaica bore its own cultural identity and aesthetic and said a loss of morals has contributed to the ongoing debates surrounding the value, or lack thereof, of trap dancehall.

“Mi live fi see obeah become a thing weh fashionable, something weh we, inna our culture, woulda bun out one time,” he said. “Now man a sing seh dem have guard ring and all type of bull. The music water down. What made the music respected in its original format, all a dem things deh gone. Protest music, all a dem things deh gone… Music become about forward. Dem nuh like weh dem a do – dem like the attention weh dem a get.”

Like some of his peers have vocalised in the past, Tu-Lox said labelling the new sound trap dancehall is misleading as the sound and rhythms deviate from dancehall. He suggested that the new genre be detached from the dancehall title.

“It’s like yuh own KFC and tired fi mek money, so yuh just go open up a likkle box food place, and a beg people fi taste it. Dancehall is KFC, and dem a try go beside KFC with dem box food go sell rather than just gwaan keep the company going.”

It raises the idea of competition which Tu-Lox said younger artistes want no part of. Tu-Lox spoke of dancehall events like Fully Loaded which saw top acts “run out pon stage” one after another. He also raised the atmosphere of the ’90s, where several artistes reigned at the same time and saw competition as a positive tool for the genre’s growth. Throughout the interview, Tu-Lox highlighted that it is not a case where he is bashing the younger artistes or trying to box them into “old-time” sounds, but simply a question of “if the old formula works, why not use it?”

In the meantime, figures in Afrobeats and reggaeton have used the formula to become globally commercial. Thankfully, Tu-Lox said some Jamaican artistes are getting it right.

“Weh yuh think Koffee dem do and reach top of top 10? Dem pattern the old artistes dem. When Chronixx dem seh ‘Spanish Town Rocking’ a Barrington Levy song him sing. Almost the whole a Jr Gong catalogue is an old style. Why yuh think dem so appealing to the world? Because subliminally, the world use to that and dem like it; it’s a different sound.”

But it still takes a group effort. Tu-Lox said unity among all artistes and producers and an openness to learn will spark some light and, hopefully, change.