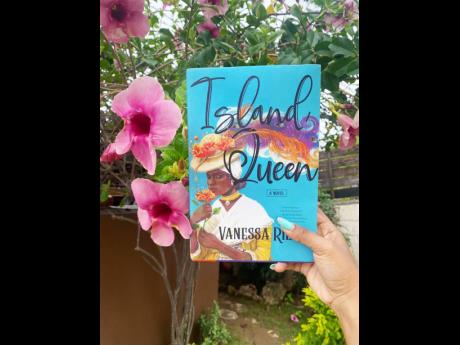 Shanique Sinclair
‘Island Queen’ by Vanessa Riley tells the true-life story of Dorothy Kirwan Thomas, a free woman of colour who rises from the shackles of slavery to ultimately become one of the most powerful landowners in the colonial West Indies. 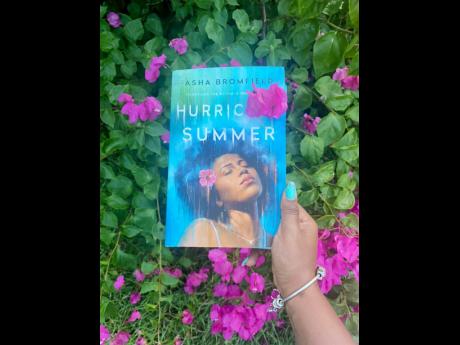 Shanique Sinclair
The geographical representation of the hurricane is symbolic of the tensions that run throughout the novel, ‘Hurricane Summer’. 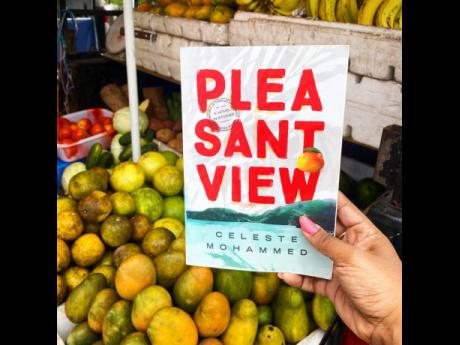 Shanique Sinclair
With quite a bit of bacchanal, the view in ‘Pleasantview’ by Celeste Mohammed isn’t always pleasant.
1
2
3

The year 2021 was a tough year for many. However, in the world of books, 2021 was a year that several Caribbean authors took a leap to use prose as a means of keeping people grounded and engaged, breaking geographical barriers and allowing persons to experience some amount of normalcy and solace in those moments. Whether these bodies of work were consumed therapeutically, leisurely, or scholastically, these authors did not disappoint. I present to you, in no specific order, ten of the top Caribbean reads released in 2021.

How the One-Armed Sister Sweeps her House – Cherie Jones

How the One-Armed Sister Sweeps her House is a deep-rooted story, set in 1984 Barbados at a fictional beach resort called Baxter Bay, and is presented through multiple points of views. It is a beautifully written story about beautiful people with cuts and bruises and heavy bags that they carry on their figuratively breaking backs. A solid début from Cherie Jones, it captures physically and emotionally broken people trying to live holistic lives but failing at every turn. Look out for themes such as those of generational curses, incest, rape, and abuse. How the One-Armed Sister Sweeps her House is a heavy but captivating read that will sit with you even after you have set this book down.

Literature coming out of Trinidad has proven strong and compelling over the years, and Celeste Mohammed did not drop the ball. “Pleasantview liked nothing better than a good bacchanal,” reads a line from the book, foretelling what is to come. A definite page-turner, a good bacchanal is what you will get from Pleasantview. This plot-driven début novel presents a storyline of each character’s life being interlocked by cause and effect – from the young lower-class girl involved with her wealthy upper-class boss to everyone in between. Ironically, the view is not pleasant as we are faced with carefully structured characters in a fictional town in Trinidad where life is drenched in dirty secrets and muddled with classism, social disparity, human trafficking, politics, female marginalisation, and all the not so beautiful aspects of Caribbean life.

Let’s face it. Watching a character grow into their own, face their fears and the odds set against them and understand their space and themself is an interactive experience. This highly anticipated book looks at the fragile and complex relationship between Tilla and her father and its development with the incorporation of her extended family once she is forced to take a trip to Jamaica to spend time with him. This one is guaranteed to tug at your emotions as it addresses classism, parent-child relationships, colourism, and young love. The geographical representation of the hurricane is symbolic of the tensions that run throughout the novel. Nonetheless, Tilla shines as a strong protagonist along with well-fleshed-out characters and beautiful storytelling.

This One Sky Day – Leone Ross

If magical realism is your jam or you grew up loving Enid Blyton, then this one just might resonate with you. This One Sky Day is a character-driven novel that encompasses a day on the fictional island of Popisho that is seemingly endless and is centred around the lives of some of the most fascinating and unique characters you will ever encounter. Positive displays of femininity and myriad activities in the lives of each character with social commentary thrown into the mix propels the novel and makes this one a very interesting and enjoyable read.

This is another striking début that will appeal to fiction and non-fiction lovers alike. Laced with satire, readers are in for corporate racism, family dynamics, issues of self-belief, bureaucracy, and sensationalism when Darren is afforded a grand opportunity to shine as the lone black salesman at a successful start-up. He soon realises that this cliquish organisation’s ‘reality’ is the furthest thing from the truth. With a play on the name Black Buck and the fast pace of Darren’s journey, Mateo Askaripour gives us a self-help manual with a plot twist that will have you taking lines and lessons from the book with you in your daily life.

What Storm What Thunder – Miriam Chancy

What Storm What Thunder is riveting and painstaking. A strong historical fiction, it is centred around the 2010 earthquake that demolished much more than infrastructure in Haiti. Told from different points of view, these characters are raw, tender, and vulnerable as they give an account of their lives in that moment and how it has affected their ability to progress. We are given a window into the devastation these ten characters had to face and how they have had to survive. Miriam Chancy takes great care in presenting this catastrophic event with delicacy, making it palatable for all readers.

With a protagonist who defies the odds, this historical novel is based on the true-life story of Dorothy Kirwan Thomas, a free woman of colour who rises from the shackles of slavery to ultimately become one of the most powerful landowners in the colonial West Indies. A story of injustice and marginalisation, Island Queen gives hope and highlights the strength and power of a determined woman who is a force to be reckoned with. Her resilience and imperfections make her a character in whom you can become invested.

Calling all mystery lovers. This is your book! Romance lovers, this one is for you, too! A serial killer is on the loose in 1980 Barbados. Eileen, our no-nonsense strong-willed female lead character, and her boss, Holden, owner of the funeral home to which Eileen is employed, begin to uncover the case as more and more women begin appearing dead in cane fields around the island. Over time, as the mystery begins to take shape and so does the romance between Eileen and Holden. You will read and feel as if you are right there in Barbados solving the mystery as Callie Browning pulls us in and keeps us there with a laugh or two or even three from the supporting characters and keeps us second-guessing who the culprit is. This novel also takes you on a trip to Barbados as the book highlights aspects of its rich culture, history, and language. It is an easy one to get into even if you are not an avid reader.

Things I have Withheld – Kei Miller

In this moving and lyrical collection of essays, Kei Miller explores the silence in which so many important things are kept. In several essays, with a magnifying glass placed on classism and colourism in Jamaica, Miller, who is well known for his beautiful writing ability and poetic excellence, gives a breathtaking performance through each word that comes across as a conversation with his readers. A superb collection of essays with Miller’s flair makes it absolutely impossible to put down.

Of Women and Salt – Gabriela Garcia

Jeanette is battling addiction and gaps in her past. The daughter of Carmen, a Cuban immigrant, she is determined to learn more about her family’s history from an unwilling mother who is dealing with the trauma of having resettled in the United States and having not mended her broken relationship with her mother back home in Cuba. This, coupled with the difficulty faced raising Jeanette, makes for a bumpy ride that only makes headway when a visit to Cuba puts Jeanette face to face with her grandmother and her family’s past in the northern Caribbean republic. Of Women and Salt takes us from the halls of the US Immigration and Customs Enforcement agency to the shores of beautiful Cuba and everywhere in between.

Shanique Sinclair is a book enthusiast who enjoys sharing her passion for books with others. Follow her on Instagram @shanzlitadventures. Send feedback to entertainment@gleanerjm.com.