‘Breaks’ the law to follow his passion for writing 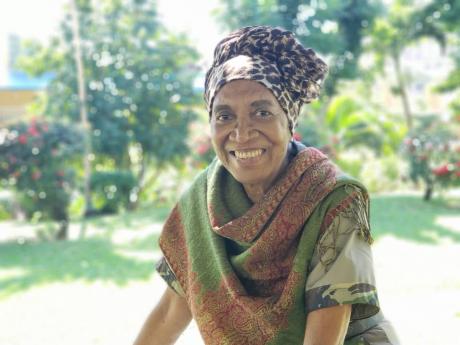 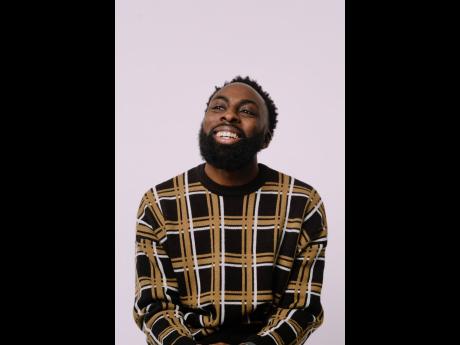 Contributed
Aniefiok Ekpoudom’s first book, ‘Where We Come From’, will be published by Faber & Faber in 2023.
1
2

Rastafarian film-maker Barbara Makeda Blake-Hannah wears many hats – journalist, festival organiser, cultural consultant, and author. Blake-Hannah, whose work has distinguished her over the years, has an armful of trophies and awards to show, including an OD from the Jamaican Government. Another accolade of special significance is her name being added to an award that recognises emerging talented journalists from minority backgrounds.

In December 2020, the British media periodical Press Gazette launched the Barbara Blake-Hannah prize and noted that “this award is intended to reward up-and-coming journalists who, like her, are breaking through barriers with their journalism. Barbara was the UK’s first black female newsreader”.

As a pioneer, Blake-Hannah’s path was not without tests and trials. She made her debut on British screens in 1968 as a reporter for ‘Today’, a London evening news programme, but within less than a year, she was relieved of her job.

“The viewers said, ‘Get that [N-word] off our screen,’ and so I didn’t have a job anymore. When I came back to Jamaica, people would tell me, ‘Barbara, we used to watch you on television in Britain.’ But they didn’t do anything when they realised that I wasn’t there anymore. Nobody wrote letters demanding to know why. I see why Jah Jah has given me long life. Fifty years ago, what happened to Barbara Blake should never have happened. This award is saying that 50 years later, here is an opportunity to make a change,” the 80-year-old Blake-Hannah told The Gleaner.

The inaugural winner of the Barbara Blake-Hannah award was British-Jamaican journalist Kuba Shand-Baptiste, who also received a one-week prize trip to Jamaica, courtesy of the Jamaica Tourist Board.

For 2021, twenty-nine-year-old Aniefiok Ekpoudom, a writer for T he Guardian, British Vogue, and GQ, was deemed the “journalist from a non-white ethnic minority background who has most impressed the judges this year”. His work included an article in The Guardian’s Special Edition guest-edited by film-maker Steve McQueen, an interview with singer Celeste for British GQ in May, and a special article on African immigrants fleeing from civil war.

As part of the judging committee, Blake-Hannah had a voice in the decision-making process, which saw three candidates being shortlisted.

“It was a total of 107 entries, which they went through and gave us 11, and then we shortlisted to three,” she explained.

Born in Lewisham, South London, Ekpoudom grew up in Bromley. He says he doesn’t centre his stories on the sole themes of racism but “prefers probing deeper to bring stories and celebrations of joy, community, loss, music, and more that have flowed in numerous under-reported corners of the UK”.

A law graduate from the University of East Anglia in Norwich, Ekpoudom said, however, that”veered quite quickly into the realms of writing/music journalism as I knew I wanted to do something creative”. His path took him into music, specifically writing about black British music.

“It was the music I had grown up with, that my friends had grown up with, and was what had (still does) impact me most. But whenever I sought out interviews or essays on these artistes [and] genres, it felt like they were being treated like an afterthought by newspapers and magazines. I wanted to write pieces that covered these sounds with the nuance they deserved, as well as seeking to bring to the page some of the deeper cultural impacts they have had on communities across the UK. Aside from that, I found that I loved to write; I loved to tell stories. Journalism seemed like a good place to combine these two interests,” he said.

Putting her journalistic skills on display, Blake-Hannah herself had a few questions for Ekpoudom, which he dutifully answered. She was eager to know “the stories you are glad you have written, the ones you would like to write”.

He answered: “Some of the stories I’m proud of include a profile of The Adenuga Family for The Guardian, Celeste for British GQ and an essay I wrote about J Hus for The Guardian. In the future, I would like to interview Daniel Kaluuya and the rapper Dave. I interviewed the acclaimed artiste Little Simz a few times while she was on her come up. Given the recent success that she’s had, it would be a nice story to revisit. Outside of that, I really want to tell community stories, too. That’s a big interest and passion of mine that has been stirred as I write my book.”

Ekpoudom’s first book, Where We Come From, will be released by Faber & Faber in 2023. He describes it as “an exploration of the legacy of British pop and a vivid depiction of communities across modern Britain”. He names Musa Okwonga, Jacqueline Woodson, Eli Saslow, Derek Owusu, Caleb Femi, and the late Joan Didion as journalists and writers whose work he admires.