‘The Harder They Fall’ among 15 scores voted to Oscar shortlist 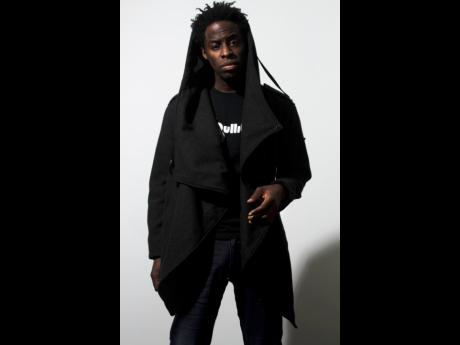 Roc Nation and Geneva Club, in partnership with Netflix, on Friday released the motion picture score for The Harder They Fall. The score plays a key role in bringing the Western Revisionist film to life with vocals from the Fisk Jubilee Singers, Zazie Beetz, Jonathan Majors and Jeymes Samuel, who leads as the composer of the score, blended into the melodies from The Chamber Orchestra of London, among others.

Of the 136 scores eligible, The Harder They Fall was among the 15 scores voted to the Oscar shortlist in the Music (Original Score) category by the Academy of Motion Picture Arts and Sciences. With a nomination, Samuel would be the ninth black composer ever nominated, and with a win, he would be the third black composer in the history of the Oscars to win the category.

“We are excited to be releasing The Harder They Fall score today. Fans will be able to get an even closer look into this film through the sonic experience the score provides. I’m honoured to have helped bring our collective visions to life through these sounds,” said Samuel. “The recognition we’ve received for The Harder They Fall from audiences and critics around the world has been incredibly exciting.”

The score debut falls on the heels of the film’s recently released original motion picture soundtrack, which features explosive music from a wide array of award-winning artistes such as Koffee, Jay-Z, Kid Cudi, Lauryn Hill, Jadakiss, Seal and more. The soundtrack was released by Roc Nation, in partnership with Netflix, and co-produced by both Samuel and Jay-Z.

Premiered globally just last fall on Netflix, the film continues to amass critical acclaim, described as “a killer soundtrack [that] bolsters the most star-studded Black Western ever made,” by Indiewire, while Variety describes The Harder They Fall as a film that “brings black cowboys and Jay-Z to the Oscars race”.

The Harder They Fall has also been nominated by the Critics Choice Association for Best Acting Ensemble, honoured last year at the 2021 Gotham Awards, cultivated a record 20 nominations for the 22nd annual Black Reel Awards, and was recently longlisted in three categories for the 2022 BAFTA Film Award, including Original Score.

Samuel, also known by his stage name The Bullitts, is a British singer-songwriter, music producer and film-maker. His debut album, They Die By Dawn & Other Short Stories..., was issued in 2013. The Harder They Fall, released in 2021, serves as his feature film directorial debut.