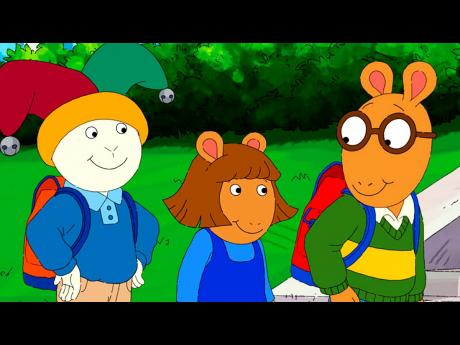 Arthur, the longest-running children’s animated television series in the US, which airs on PBS TV and features the voice of Grammy Award-winning artiste Ziggy Marley on the theme song Believe in Yourself, will celebrate its 25th anniversary and on February 21 this year. However, Marc Brown, whose bestselling book the TV series is based on, announced that the 25th anniversary would be the final season but said the show would still be available on PBS Kids.

In 2017, Believe in Yourself was remixed by Chance The Rapper, Ziggy Marley and Stephen Colbert and was featured on Colbert’s Late Night TV show. Chance The Rapper has since performed the song at his concerts and posted his own version on Soundcloud.

Arthur follows the adventures of Arthur the Aardvark, his family and friends and has covered issues such as asthma, cancer, race and dyslexia over the 25 years. In 2019, Arthur aired its first same-sex wedding between Arthur’s teacher Mr Ratburn and his partner, Patrick. It was praised by gay rights advocates but was boycotted by Alabama Public Television.