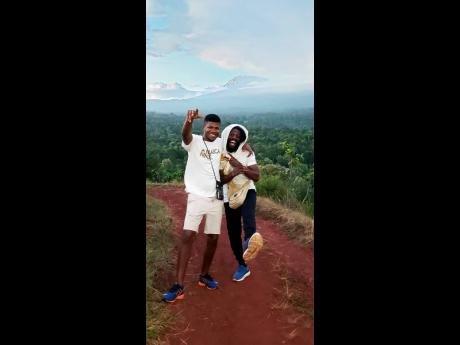 Contributed
Film-maker J.P. Williams (left) and producer Simier Lanscend, with the view of Mount Kilimanjaro in the background during the scouting of locations for Uhuru-A Christmas Story. 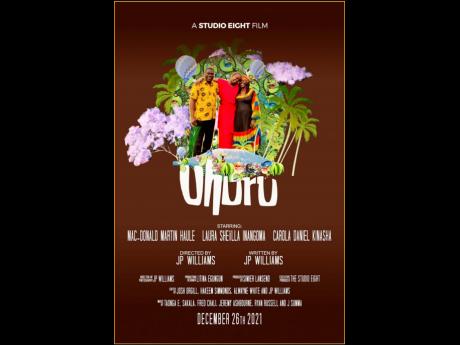 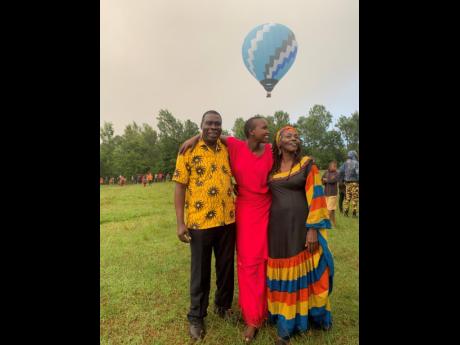 Jamaican film-maker J.P. Williams of The Studio Eight signalled that he was a force to be reckoned with in the local and international film industry with the release of his second film, Uhuru-A Christmas Story, shot on location in the East African country of Tanzania.

Now he’s eyeing the release of his third film later this year – the travelogue Jamaica Nice, Man! The project is already under way, with all the filming processes completed. Williams spent two weeks filming across the island and is excited to complete his third project. He is seeking investment for this project – to develop animations that will intertwine with the storyline.

The skilled, self-taught content creator recently spoke to The Gleaner about Uhuru-A Christmas Story, which saw him and his one-man crew, producer Simier Lanscend, travelling to Tanzania, where they assembled a cast and shot the film. According to Williams, the country is bursting at the seams with creatives, and many professionals assisted him in making the project a reality.

“I have always wanted to shoot in Africa, and after doing some research on Tanzania, I found it very interesting. It was similar to Jamaica in many ways, but on a much bigger scale, with over 60 million people. I saw it as a challenge to myself to create a story in a foreign country. I wanted to capture an authentic story, similar to one that I would capture in Jamaica,” Williams said.

Williams started shooting in a community called Morangu, near the base of Mount Kilimanjaro, located in Moski, which is home to the Chaga tribe who celebrate Christmas.

“When I got there, it still felt like I was in Jamaica. When I started to shoot, it was a great experience. I felt very accepted; the people there wanted me to be there, to tell their story. Not many people tell stories about the Chaga tribe, so they were excited to be a part of the project,” he said.

Before making the trip to Tanzania, Williams made contact with a local producer, who helped him tremendously to get contacts on the ground in the country. When he got there, he also met with the Tanzanian Film Board, and they assisted him in making the production possible.

“I also got in contact with the Jamaican consulate in Tanzania, Betty Belfast-Ingleton, and she welcomed us into her home. She provided transportation, which was a big plus, and it allowed us to travel around and get to our meetings,” Williams said.

The story idea for the project was conceptualized in 2020 after Williams shot and directed Naomi Cowan’s Christmas song, titled Miss You Most (At Christmas). According to Williams, the song did very well, and the idea came for him to produce a Christmas-themed film. “Christmas seems to have a good pull on people, and I thought it would be a good theme for the project,” Williams said.

The storyline follows a Tanzanian man suffering from depression after the death of his wife in the Tanzanian bombing of the United States Embassy in 1998. The story was set in 2008 and featured three main actors. Tanzanian singer Carola Daniel Kinasha played the role of Bibi, Yona was portrayed by MacDonald Martin Haule, and Laura Sheilla Inangoma was Nuru.

Williams and Lanscend spent five weeks in Tanzania. Following eight days of intense shooting, the additional days were spent in meetings and recording the soundtrack for the 28-minute film. The post-production on the film was completed in Jamaica over a six-day period.

Williams said he would be submitting Uhuru-A Christmas Story to festivals. In the interim, it is available in full on YouTube.