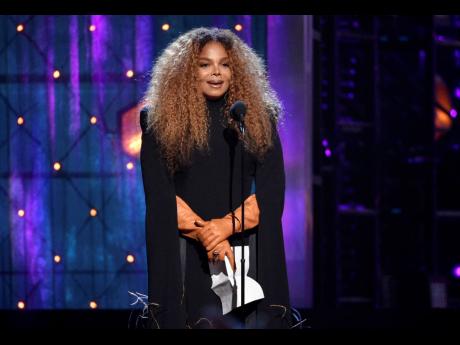 AP
Janet Jackson is expected to explore a number of issues in her eponymous four-part documentary series.

Janet Jackson felt she was deemed “guilty by association” when her late brother, Michael Jackson, was accused of child abuse.

The Nasty hitmaker wanted to “support” the late King of Pop – who died in 2009 aged 50 – when he was accused of molesting 13-year-old Jordan Chandler in 1993 but admitted it was a “frustrating” time because the scandal tarnished her own reputation too.

Speaking in a promo clip for her eponymous four-part documentary series, she said: “Yeah. It was frustrating for me. We have our own separate lives, and even though he’s my brother, that has nothing to do with me. But I wanted to be there for him, to support him as much as I possibly could.”

Janet revealed she was on the verge of signing a lucrative deal with Coca-Cola when the allegations were made public.

She added: “When that came out, Coca-Cola said, ‘No, thank you.’ Guilty by association. That’s what they call it, right?”

In January 1994, the lawsuit was settled with a US$23 million payout from Michael – who was later acquitted of seven counts of child molestation in 2005 – to Jordan’s family, but Janet suggested she didn’t think the arrangement was a good idea.

She said: “Michael wound up giving money to the family. He just wanted it to go away, but that looks like you’re guilty.”

The 55-year-old star also revealed she was “affected” by cruel jibes the Thriller singer used to make about her weight.

She said: “There were times when Mike used to tease me and call me names . . . ‘Pig, horse, s***, or hog, cow’. He would laugh about it, and I’d laugh too, but then there was some­where down inside that it would hurt. When you have somebody say you’re too heavy, it affects you.”

The Because of Love singer explained that her stint on the ‘70s sitcom Good Times marked the “beginning” of her “weight issues”.

She said: “I did Good Times, and that’s the beginning of having weight issues and the way I looked at myself. I was developing at a very young age, and I started getting a chest, and they would bind it so I would look more flat-chested.”

Janet admitted that if she was not famous she “probably would have wound up not having a problem”.