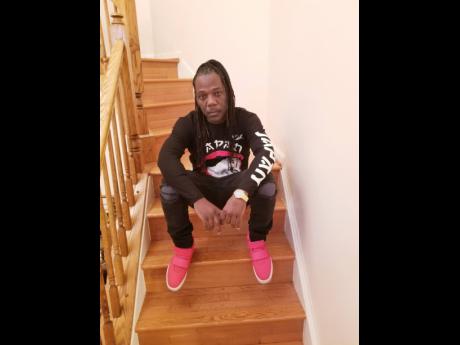 Contributed
Double X is preparing to release a new album at the end of the year, one rooted in what he calls ‘authentic dancehall music’.

In the summer of 2017, TOK’s Flexx was about to take his solo career as Double X to new heights with his debut EP, I Am Double X. The eight-track set, produced by his Xplosive Productions outfit, showcased his artistic dimensions outside the quartet in which he emerged in the ‘90s, from the multigenre offerings to the crisp visuals. But before the promotion for the project got into full swing, Double X found himself on a self-seeking hiatus, battling personal issues which would take a toll on his mental health.

“I really believed in that project, but because of everything I was going through mentally and emotionally, I just felt like I couldn’t do the promotion and put in the work I knew I had to for that EP,” Double X told The Gleaner. “When it came out, a couple of songs, like Baby Come Back and Best Ever (featuring Katrine), started to play, and I stepped away from that project to focus on myself. I was going through a bad break-up at the time and a whole heap of things, some of which I can’t even go into, but I felt like I had to go on a hiatus and find myself.”

Double X added, “I was actually going through depression, but I didn’t know. I found out while I was going through counselling on another issue.”

The singer said he is in a far better place and sees the value of slowing down, self-care, and maintaining meaningful relationships.

“When I look at it, I saw myself just going and going, because we (TOK) were singing together since we were teenagers and there was no break. And I felt like, for all of us, that took a toll on us after a while because we were always performing – always on the road, always recording – and we never really spent enough time as we should have, or wanted to. I was always on the road; so for the first couple of years with my son, I never really spent as much time as I really wanted to, because I’d come back for a week and be gone again.

“During that time when we went our ways, I actually got to spend more time with him, watch his football matches, and do stuff that I couldn’t do as much as I wanted to when I was on the road; so I really appreciated that a whole lot. I feel like in everything, you just need to take somewhat of a break to calm down and come back again, and I think right now is the time for me.”

He’s currently promoting Grateful, a reflective reggae number that puts a positive spin on his trials and encourages listeners to mirror a similar mindset. Grateful is one of 10 tracks to appear on Double X’s collaborative album with producer DJ Blaze Worldwide, slated for a year-end release. Unlike his genre explorations on I Am Double X, the forthcoming album will be rooted in what Double X phrased as “authentic dancehall music”.

With the current discussions surrounding the trap-injected sounds emanating from Jamaica, Double X said he is not opposed to evolution, but said dancehall’s foundation sonic has changed.