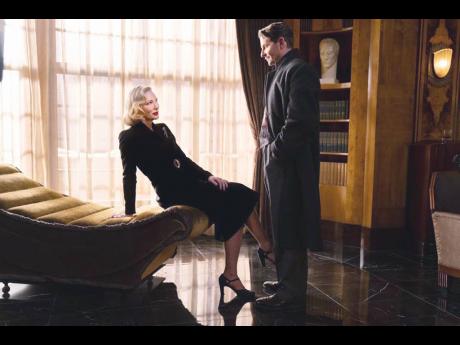 AP
Cate Blanchett (left), and Bradley Cooper in a scene from ‘Nightmare Alley’.

The work of Guillermo Del Toro has garnered international acclaim. The Shape of Water was the Best Picture winner of its year, and he’s no stranger to the blockbuster epic with Pacific Rim. Many of his films feature iconic creature designs that can make your skin crawl or warm your heart. Sometimes, at the same time.

Nightmare Alley may not have any mystical creatures, but it does feature another staple of Guillermo Del Toro’s work. The monsters in his films are typically imbued with a sense of humanity, and his humans, monstrosity. With Nightmare Alley being entirely populated with people, there’s a good amount of monstrosity to go around.

The film follows the story of Bradley Cooper’s Stan Carlisle, but the less said about his journey, the better. Especially with the way it treats its main character. Shrouded in darkness, literally and figuratively, Cooper spends the first 10 minutes completely silent, despite sharing scenes with other actors, scoping out his environment and crafting intrigue as he does.

The more you start to learn about him, the darker the story gets. The first half of the film takes place in a carnival setting, slowly revealing its not-so-fun side. From there, you’re treated to the escapades of a con man, swindling God-fearing individuals out of their life’s savings – all the while with some incredible set design and gorgeous cinematography.

Nightmare Alley seems an odd fit for Del Toro, but his vision applied to a noir tale is a treat for audiences. The entire cast gives their characters that lived-in feeling, with even minor characters going far into establishing the world. While you might not always be comfortable watching it, you’ll find it hard to look away.