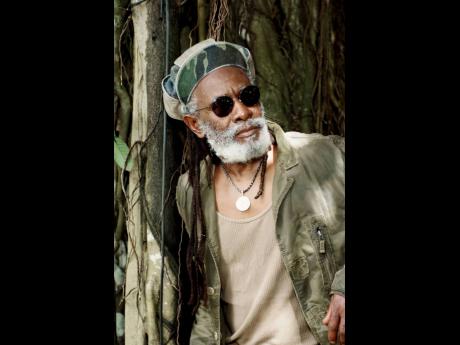 Contributed
Burning Spear will perform at the Rototom Sunsplash in August and the Welcome to Jamrock Reggae Cruise in December.

Elder statesman of reggae music, the legendary Winston ‘Burning Spear’ Rodney, has two major assignments this year. He has been announced for Rototom Sunsplash in August and the Welcome to Jamrock Reggae Cruise in December.

Burning Spear, who has travelled the world and enjoyed a 50-year musical career, has not performed in a number of years, having announced his retirement in May 2016. “Retirement is for everyone, including Burning Spear. I MAN now will reap the rewards from I MAN music with the help of good accounting and attorneys,” he said at the time.

Known for keeping a low profile, the two-time Grammy winner hinted earlier this year that a live performance was possible. The organisers of Rototom Sunsplash announced on Thursday, to much fanfare, that Burning Spear is one of their headline acts.

“We have been dreaming about this moment for many years, and finally, the day has come: Burning Spear will be part of the next festival!,” they said.

Rototom Sunsplash, which will take place in Benicasim, Spain, from August 16-22, will also feature Alborosie & The Shengen Clan, Barrington Levy, Julian Marley & The Uprising and a host of other acts.

This European reggae festival takes place every summer and attracts thousands of reggae fans from all over the world, thanks to a vast cultural and musical programme that lasts for up to 10 days.

In a release, the Welcome to Jamrock Reggae Cruise hailed its return to the high seas with the legendary Burning Spear on-board.

“Reggae icon Burning Spear returns to the stage for the first time since 2016. In addition to this once-in-a-lifetime opportunity, classic dancehall fans are in for a rare performance from the legendary Shabba Ranks. The full line-up will be announced soon,” the release said.

Burning Spear is already in full promotion mode for this performance. “Greetings, Jah no dead! Don’t kill the lion, and do you remember the days of slavery? Yes, [Welcome] to Jamrock Cruise. Come aboard for some Burning Reggae! Keep the spear burning! Hope they got room!” he chanted as he mentioned some of the names of his legendary tunes in his drop.

Now in its seventh year, the annual music charter, steered by Damian ‘Jr Gong’ Marley, will set sail from Ft Lauderdale, Florida, on December 7 and continues until December 12, with two-day stops in Jamaica.

Burning Spear, one of the legends of roots reggae, is described by iTunes as “part Rastafarian preacher and part black historian”. The message of Rastafari is a prominent part of Spear’s music, which has found an eager audience from Jamaica to Europe.

His stage name comes from a category of Kenyan state commendations, the Order of the Burning Spear and his philosophy and music has been greatly influenced by the life of former Kenyan president Jomo Kenyatta, who is credited as the founding father of the independent nation. ‘Jomo’ is translated in English as ‘burning spear.’

Burning Spear has been nominated for a Grammy award on 12 occasions, winning first for the 1999 album Calling Rastafari and the second in 2008 for Jah Is Real.

Spear made his acting debut as a lead player in the local movie Rockers, and his a cappella performance of Jah No Dead has become one of the film’s standout moments.

Burning Spear was awarded the Order of Distinction, Officer Class, in October 2007.