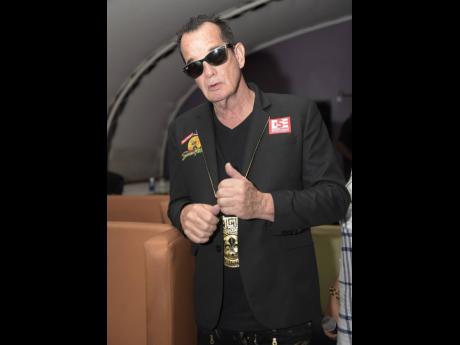 By popular demand, Reggae Sumfest has increased the number of days for its staging and will now take place from July 18-23 at the Catherine Hall Entertainment Centre in Montego Bay, St James, instead of the previously advertised July 21-23.

Executive producer of Reggae Sumfest, Josef 'Joe' Bogdanovich, told The Gleaner that there is an increased demand for this year's festival, which is dubbed The Return. "And, furthermore, it looks like COVID is behind us," he said happily.

Reggae Sumfest will now kick off on Monday, July 18, with a pre-party giveback to the community, followed by the popular All White party on Tuesday.

"On Wednesday, we will be having Blitz and Bling, and on Thursday, there will be the Global Clash. This is very popular, and everybody enjoys it. And, of course, on Friday and Saturday, we will showcase the live performances," an elated Bogdanovich shared.

Bogdanovich added, "People are calling up wanting to be on the show, and others are calling wanting to know when they can get tickets. The demand for this year's show is just crazy."

After the two-year break due to COVID, he noted that the festival had to come back with a bang and give the fans an epic line-up and experience.

The Downsound Entertainment CEO is keeping the festival on the highest international level and is on board with what he says is "a user-friendly platform that you can order whatever you want and have it delivered to you at the festival, right at your seat".

He also has plans to expand the VIP section, which is usually sold out quite quickly.

"We will have a more spacious and more comfortable VIP section. The whole experience is going to be awesome," he emphasised.

Bogdanovich had earlier revealed in a release that there are plans to mark the 60th anniversary of Jamaica's Independence, with special homage being paid to the veterans who paved the way for reggae and dancehall.