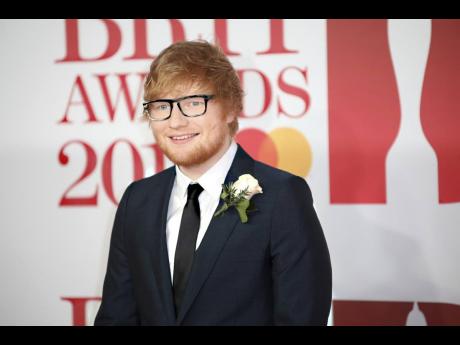 File
A video of Ed Sheeran singing Serani’s ‘No Games’ has gone viral. 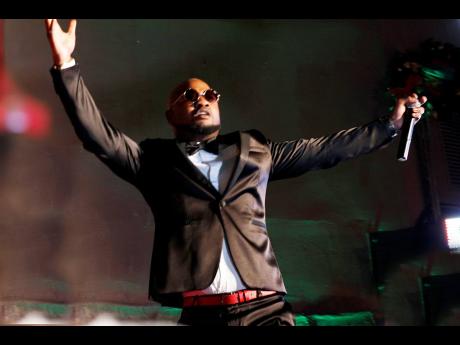 File
Producer-deejay Serani is ready to work on a musical project with Ed Sheeran.
1
2

If Ed Sheeran’s affinity for Jamaican music was uncertain before, a viral video of him belting the lyrics to Serani’s 2008 classic, No Games, settles things.

The moment was captured when the English singer was at a Birmingham pub playing pool on Sunday night, surrounded by several folks who also sang and danced to Serani’s hit.

“I’ve been a fan and I love his music,” Serani told The Gleaner. “Some of the styles that he likes to use are very similar to the styles I love to use, not even his singing, more like the kind of beats and songs he makes. So it kinda makes sense for me to like his music, and for him to like my music, because there are similarities there. It’s amazing to be loved and adored by super-talented people, especially a man like him.”

Serani joined in on the singalong by posting a collage video as he cruised in a convertible. With Sheeran recently linking up with Ishawna after expressing his love for her Equal Rights smash (rested on a remake of the Shape of You instrumental), Serani could also see himself working with the singer.

“Anybody that is talented that I like, of course I’d work with them, and he is one of them,” he said. “The last collab I did with an international artiste was with Burna Boy [ Secret], and he does the kind of music I like … . It’s perfect for me to collaborate with people from different cultures that sing music that resonate with the world. I think the entire Jamaica that knows Serani, knows that’s the kind of music I want to make and the kind of music that drives me.”

STORY OF ‘NO GAMES’

Reflecting on the creation of the self-produced record, Serani shared that he drew inspiration from a personal experience and the 2001 romcom Two Can Play That Game, which stars Vivica A. Fox and Morris Chestnut.

No Games landed on several international charts in 2009, including the Billboard R&B and Hip Hop Top 100 Charts. In 2020, superstar rapper Eminem sampled the record in his song Farewell, on his Music to Be Murdered By album. The track went on to earn gold certification by the British Phonographic Industry for accumulating sales of more than 400,000.

So what is it about No Games that keeps people hooked? Serani pointed to the quality of mixing done by Fabian Marasciullo.

“He’s super-talented,” Serani said. “When I get my songs mixed, mi always aim for the highest quality, surpassing what the quality is of the day. That way, when you play that song 10 years from the day that song was made, it fits in with the new sound and the quality is bigger than the other songs.”

He added that the success and longevity of the song can also be attributed to its use of the ‘90s dancehall framework on the ‘Unfinished Business’ rhythm.

“I pulled influence from Wayne Wonder ‘s Dreamland on the Stink ’rhythm – I love that beat,” he shared. “Unfinished Business is coming straight from that rhythm. Stink rhythm became Showtime rhythm [produced by Dave Kelly], and then Showtime rhythm became Unfinished Business , so big up Dave Kelly. They used that same beat and did the piano bang, and as a kid in high school I was like, yo, that is fire. When I wrote No Games, that was part of the inspiration, but obviously, I used different chords, new melodies and words, and created my own song.”