Charlie Wilson in Jamaica to record with Beres Hammond

Reggae and R&B legends sending message to the universe 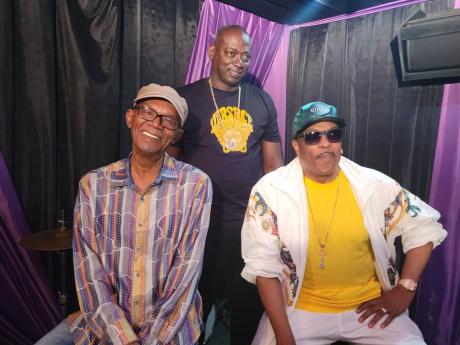 Contributed
Shawn ‘Cigar’ Baptiste is more than happy as his dream of a collaboration between Beres Hammond (left) and Charlie Wilson becomes reality. 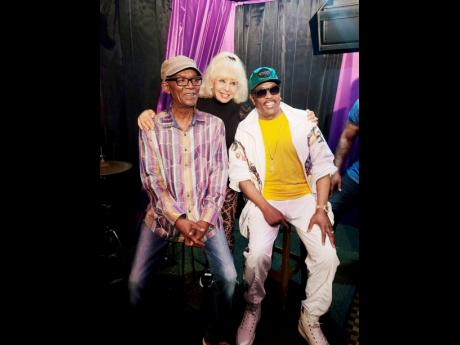 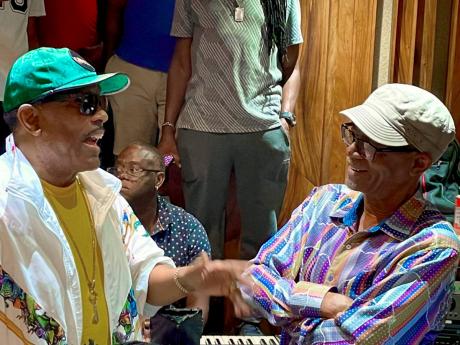 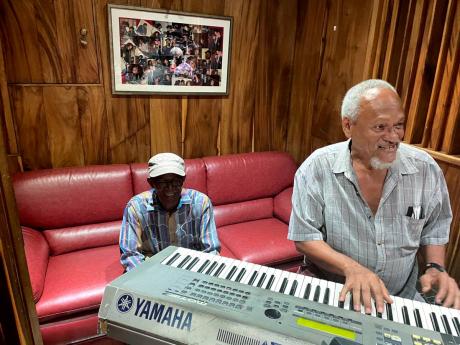 It was a dream collaboration between two musical legends which has been in the making for five years and everything finally hit all the right notes last Monday evening at Harmony House studio in St Andrew. It was there that reggae maestro, Beres Hammond, and R&B great, Charlie Wilson, met for the first time and did what legends do when time and place briefly collide – make the greatest music ever.

For the man who assembled all the moving parts together, Shawn ‘Cigar’ Baptiste, such a collab was a no-brainer. It simply had to happen.

“We’ve been working on this for five years. I’m a local promoter in the Virgin Islands and me and Beres are very cool, from way back when from before Beres became Beres,” an extremely happy Baptiste told The Gleaner. “Charlie Wilson is like a father to me. He is a living R&B legend and Beres is a living reggae legend and I told him that there is no way that the two of dem is going to depart unless dem get on a track together and send it to the universe. Not to the world ... to the universe.”

Wilson, who gave an memorable and electrifying performance at Jamaica Jazz and Blues Festival in 2015 – “the night after Celine Dion” – completed a gruelling Culture Tour in the United States on Sunday, after which he jumped on a jet in order to be marked present at Hammond’s studio in St Andrew on Monday.

‘Fresh’ perhaps best describes the enduring Wilson who, in 1979, co-founded the mega successful Gap Band with his brothers and who, with 13 Grammy nominations, twice named Billboard’s Top Adult Male R&B Artiste and numerous other accolades, seamlessly continues to make new music and tour the world.

“I’ve been doing this my whole life. Last night was the last performance; we closed out in Miami. We were doing four and sometimes five nights a week. We always wanted to have a little break but every time we tried to achieve that something comes up and we have to go. This is not a vacation, but it is like a get away from what I have been doing for the last I don’t know how many years. It’s just that I wanted to do something different and this is the best different I can do,” Wilson told The Gleaner of his first visit to Kingston and his official foray into reggae music.

Quizzed about the readiness of the song, which will be a live production for which the elder statesman of reggae has assembled A-list musicians Robbie Lyn, Danny Bassie, Kirk Bennett, Carol McLaughlin and Khan ‘Mitchum’ Chin, Wilson said, with what seems to be his trademark loud, infectious, laugh, “We are always ready. I’m just going to tap Beres on the shoulder and say, ‘You got it yet?’”

He added, “I love reggae music. When I wanted to do it, I couldn’t find anybody who was big enough and powerful enough to do what I wanted to do. At that time I was about 20-something years old. I know who Bob Marley was and I know a few of the names, but I was on a different path then. Things are coming together now and I am now happy that it is with Beres. He is like the greatest,” Wilson said easily.

And Beres, who just returned from his highly successful Love and Harmony Cruise 2022, was only too quick to return the compliment. “I’ve been listening to you from all those years ... way back ... and that voice, that voice can’t change. You are superior to me, with that big voice of yours,” was Beres’ assessment.

“This gentleman and I, we always wanted to do something together. So this is it now,” he added, as he made his way inside the studio to get the all-night-’til-daylight session under way.

The track, Wilson shared, is “just a mixture between the both worlds – the R&B and the reggae”.

“And I think that if we get the right reggae, Europe will have it and before you know it, then it will start trickling around everywhere and come back in here and just will just blow up,” he predicted.

An author, Wilson’s bio references his memoir, I Am Charlie Wilson, which “chronicles his fight against addiction”.

“Wilson is now 26 years sober and a 12-year prostate cancer survivor: wins that he is most proud of beyond any professional accolades. But Wilson is ever mindful of what else continues to inspire and propel him. “I promised God that if he got me off the streets and gave me back what I love – making music and singing – that I’d promise to shout him out every single night. And I do because I’m the guy who went down in flames … but was allowed to rise from the ashes.”