Wayne Wonder sounds alarm over ‘legacy of death and destruction’ 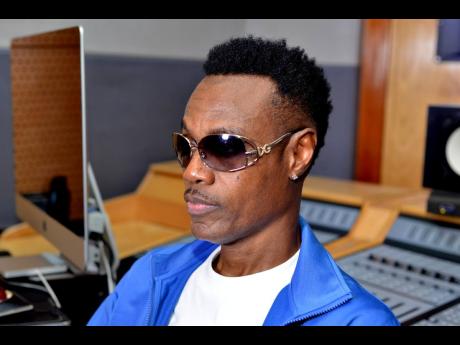 File
File Photos Wayne Wonder is concerned at the “darkness” in the music. 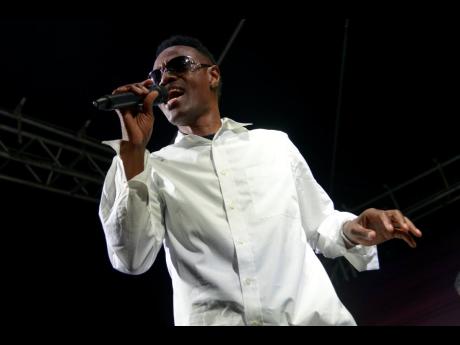 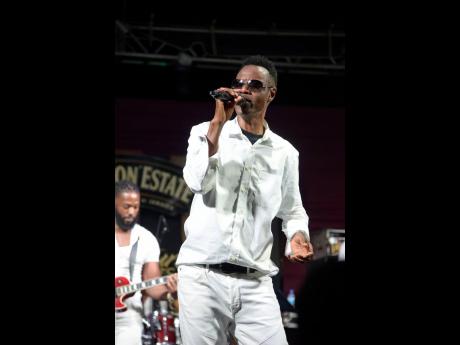 File
Wayne Wonder in performance at Appleton Signature Nights in 2019. 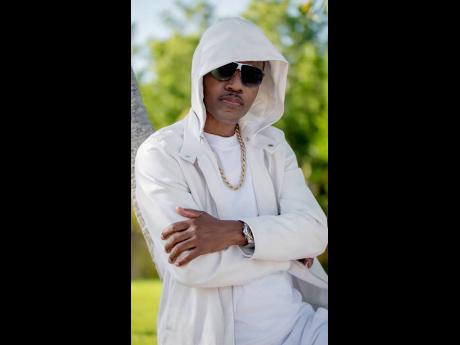 Contributed
Instead of getting bitter at some of the trials which he has encountered in the music business, Wayne Wonder says he has chosen to simply “get better”.
1
2
3
4

Veteran singer Wayne Wonder has an album titled No Holding Back, and those three words can be interpreted to fit various situations. Waynie, as he is affectionately called, is really a humble, quiet ‘yute’ who, “ in the midst of all aridity and disenchantment” - a la Desiderata - always has a smile that reaches his eyes.

But today he isn’t smiling, nor is he quiet. Wayne Wonder is articulating his piece in the name of peace and he is saying it all, “no holding back”.

“Is like is death and destruction is the legacy now,” he told The Sunday Gleaner. “’Kill and collect; smoke and forget.’ Killing and body count being used as a glorification. There is too much darkness everywhere, including in the music... endorsing contract killing and pop molly. It’s not a bad man and shotta ting anymore, it’s just pure evil. Man a lean pon guard ring more than dem a lean pon God.”

Wayne, like many Jamaicans who reside overseas, has his fingers on the pulse of what is happening “a yaad” and he admitted to being overwhelmed by the relentless stream of headlines which scream murder and mayhem. Unlike some in the entertainment industry who are blind to the co-relation between gun lyrics and the murder playbook, Wayne is ready to call it for what it is, and also to take action the only way he knows how - through his music.

“Is like double murder is the norm. Look at the killing of the 19-year-old twins and the 11-year-old; that’s a triple murder right there. In Dunkirk, my area, 12 people get shot at a party. The ‘circle di ends’ and the ‘shell the corner’ lyrics a play out. Look at how dem murder Tabby Diamond. This a nuh Jamaica; is like some gangster-riddled cities in the US,” the Saddest Day singer said.

The great writer that he is, Wayne Wonder uses similes effortlessly as he provoked thought by noting that “good music is like a pillow” even as he wondered aloud, “Why the big artiste dem with di big voice can’t come out condemn the violence and sing the type of songs that are needed now?”

He has his own seemingly plausible theory about that.

Wayne, who was one of the big names on the just-concluded Love and Harmony Cruise, believes that positive, uplifting music is a sure way to reform and rehabilitate and give a voice to the voiceless. Two months ago, he released the single Too Much Darkness, a direct response to the prevalent violence-drenched lyrics.

“The yutes dem get too brawling and brazen and heartless and jus’ nuh care. All when dem behind bars dem nah reform, dem a send out contract same way. We have to make a change soon. The only way that joyful vibe can be injected back in the business is if the selectors, the artistes and the media play a part. We are all in this thing together and have to play a part to fix it. There is just too much darkness. Is this what we want to leave for our kids? Look at how the elders set it for us with some nice songs. The Bob Andys, the Alton Ellises, the John Holts. What is happening now is crazy. It haffi fix,” he told THE STAR in an interview in February.

As a “ghetto yute”, his concern is real and he wants warring factions to wake up and realise the senselessness of it all.

“As Badda General seh in him song, ‘Yuh see anybody a Cherry Gardens a shot anybody a Norbrook?’ No! But in the ghetto, the top part of one lane a war with the bottom part of the same lane. As a man get some money him brag and show off and inna di party a burn money. I see the videos of them in the dance burning money, thousand and five thousand dollar bills. Government needs to wake up to this reality. As a lickle yute, me see Michael Manley walk through Franklyn Town. The security minster need to walk through him constituency where so much toxic things happening. Who knows, it might at least save two souls.”

Determined not to fall victim to the sordidness that threatens to engulf, the singer shared that his newest song is full of happy keys. Titled Party All Night Long, it is a collab with longtime friend Frankie Sly and produced by OneHouse Records, the same label which piloted the Greater Glory project, which is populated by old boys from St George’s College.

“We have to change the ting and turn it right side up,” he urged. “My music is my therapy. Over the years, I have learnt how to mix, master, engineer and record songs. From Love and Affection days mi did haffi learn. On my journey a lot of things happen to me that could make me bitter. But instead of getting bitter, I just get better,” he said with a laugh.