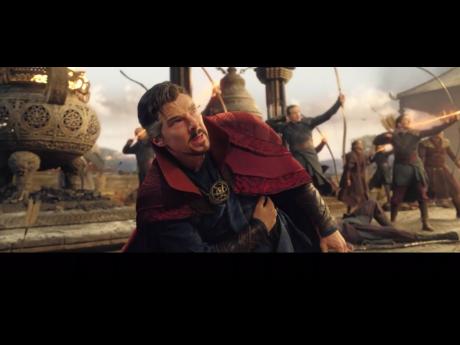 Benedict Cumberbatch stars as Dr Stephen Strange, the world-famous neurosurgeon in ‘Doctor Strange in the Multiverse of Madness’. 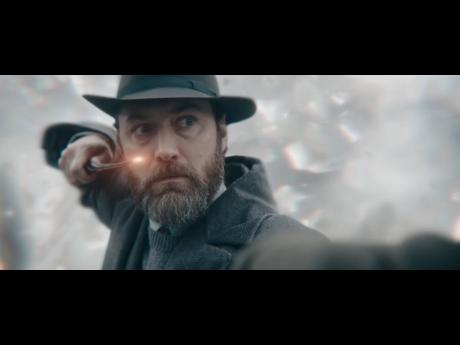 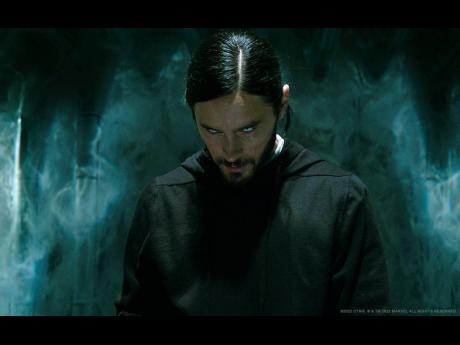 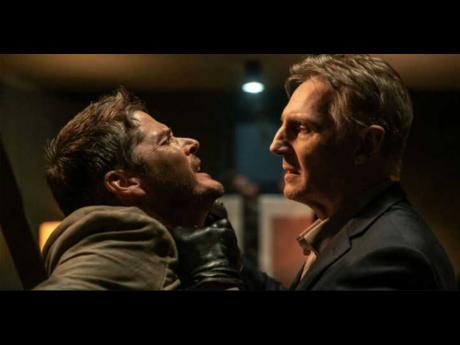 Palace Amusement takes pride in welcoming patrons back to Palace Cineplex in the Sovereign Centre, Liguanea.

The return of Palace Cineplex marks the full reopening of cinemas on the Palace Amusement circuit, as the company emerges from the onslaught of the COVID-19 pandemic.

Marvel Studios’ Doctor Strange in the Multiverse of Madness is a thrilling ride through the multiverse with Doctor Strange, his trusted friend Wong, and Wanda Maximoff, aka Scarlet Witch.

No time to lose

Alex Lewis (Liam Neeson) is an expert assassin with a reputation for discreet precision. Caught in a moral quagmire, Alex refuses to complete a job that violates his ethics and must quickly hunt down and eliminate the people who hired him before they and FBI agent Vincent Serra (Guy Pearce) find him. Alex is built for revenge but, with a memory that is beginning to falter, he is forced to question his every action, blurring lines between right and wrong.

Memory is an action thriller and a remake of the 2003 Belgian film.

While on tour promoting her new book with Alan, Loretta is kidnapped by an eccentric billionaire (Daniel Radcliffe), who hopes that she can lead him to the ancient lost city’s treasure from her latest story.

Wanting to prove that he can be a hero in real life and not just on the pages of her books, Alan sets off to rescue her. Thrust into an epic jungle adventure, the unlikely pair will need to work together to survive the elements and find the ancient treasure before it’s lost forever.

Fantastic Beasts: The Secrets of Dumbledore

Things are not quite what they appear to be

Professor Albus Dumbledore knows the powerful dark wizard Gellert Grindelwald is moving to seize control of the wizarding world. Unable to stop him alone, he entrusts Magizoologist Newt Scamander to lead an intrepid team of wizards, witches and one brave Muggle baker on a dangerous mission, where they encounter old and new beasts, and clash with Grindelwald’s growing legion of followers. But with the stakes so high, how long can Dumbledore remain on the sidelines?

Having discovered an emerald that is the source of ultimate power, the villain, Dr Robotnik (Jim Carrey), is back on Earth with a vicious partner, Knuckles (Idris Elba). Humanity is at risk and Sonic (Ben Schwartz) must prove that he has what it takes to be a true hero. With his new friend Tails (Colleen O’Shaughnessey) on board, they set out on a globetrotting mission to find and secure the emerald before it’s too late.

The remedy is worse than the disease

One of the most compelling and conflicted characters in Sony Pictures Universe of Marvel Characters comes to the big screen as Oscar winner Jared Leto transforms into the enigmatic anti-hero, Michael Morbius. Dangerously ill with a rare blood disorder and determined to save others suffering his same fate, Dr Morbius attempts a desperate gamble. While at first it seems to be a radical success, a darkness inside him is unleashed. Will good override evil – or will Morbius succumb to his mysterious new urges?

Screen story and screenplay by: Matt Sazama and Burk Sharpless

New Admission prices for 2D/regular and 3D admission, effective May 6

Our cinemas are open for your entertainment – Carib 5 in Cross Roads; Sunshine Palace, Portmore; Palace Cineplex; Palace Multiplex in Montego Bay; and the New Kingston Drive-In.

Once inside our cinemas, please wear a mask for your safety, and observe social distancing in queues at the box office and concession.

Thanks again, and please remember to observe safety protocols for the benefit of all.

Schedules are subject to change. For details on your cinema of choice, half-off specials and any other tidbits, check us out in this space, on social media (FB, IG, Twitter – insert symbols)@palacemovies, or at www.palaceamusement.com.