Published:Sunday | May 8, 2022 | 12:07 AM(For this special Motherâs Day celebration during the year of Jamaica 60, the Entertainment Desk is featuring some of the women who have made outstanding contributions to the fields of music and culture.)Stephanie Lyew - Gleaner Writer
Previous Pause Next 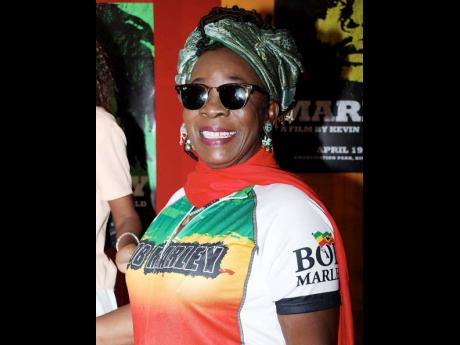 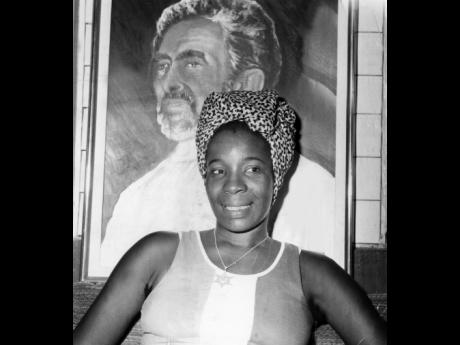 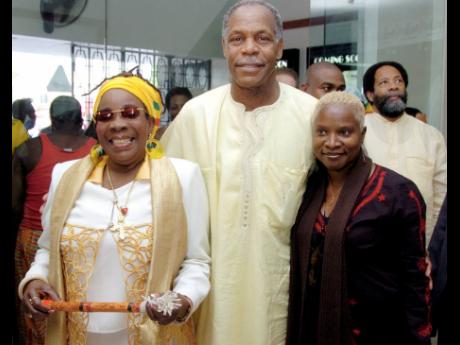 File
From left: Rita Marley, American actor and activist Dany Glover and Beninese singer and actress Angelique Kidjo arrive at Carib 5 in Cross Roads, St. Andrew for the premier of the film ‘Africa Unite’ on February 6, 2008. 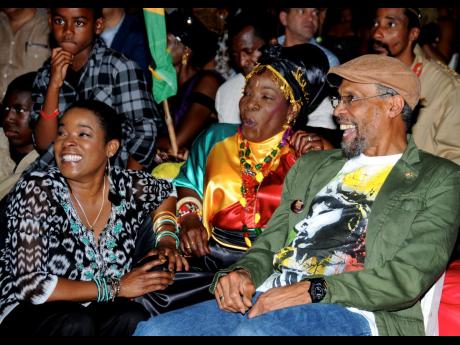 File
From left: Sharon Marley, Rita Marley and Neville Garrick at the showing of the Bob Marley documentary, held at Emancipation Park, New Kingston in April 2012. 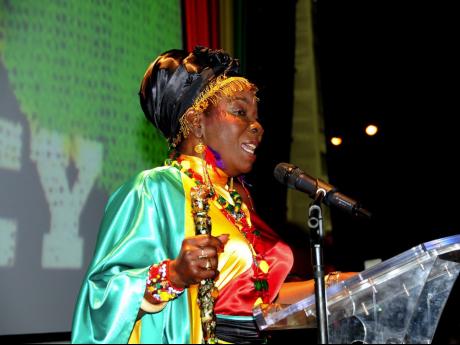 File
Rita Marley addresses the audience at Emancipation Park at the showing of the Bob Marley documentary. 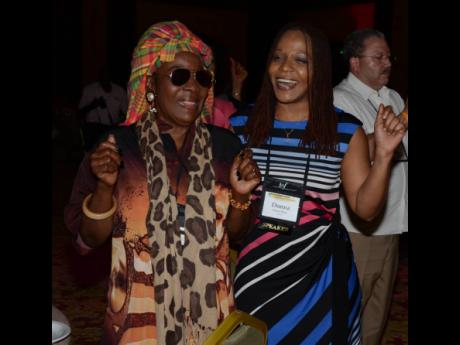 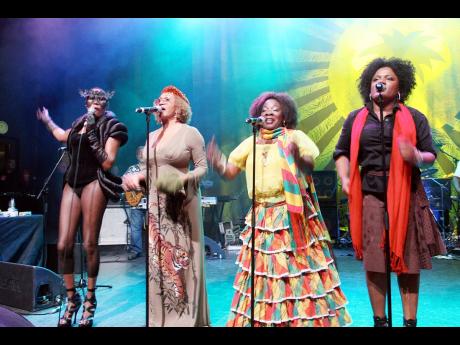 Rita Marley’s prominence and legacy lie not only in the fact that she is the matriarch of a successful, influential family of creatives, guiding them along in their numerous endeavours and instilling in them the belief that they can achieve any and everything, but also that she has managed to give of herself to communities globally. Be it in terms of her words and music, or her philanthropy, she connects to the people and according to Skip Marley, one of her grandsons, that selflessness is a real example of how she gives.

Recalling a trip to Ethiopia in 2005 with his grandmother, he told The Sunday Gleaner, “To see her go through the orphanages and in her travels everywhere, how she gives to the community was selfless. Her selflessness is the biggest thing for me.”

Women, mothers who demonstrate the attitudes of his grandmother, Skip Marley continued, “should be highlighted all the time, not only on a certain day because their work speaks for itself. Her philanthropy, her determination, work ethic, entrepreneurship, and meaning of community, that’s where I’ve seen the real meaning of love and heart”.

Cedella Marley described her mother as a trailblazer and rightfully so. As one of the earliest female pioneers of reggae music, Rita Marley helped to develop the sound as a musical form and contributed to its popularity in Europe, Africa and around the world in the 1960s, touring with Bob Marley and the I-Three and eventually as a solo act. Five years after her husband’s passing, she converted his home into the Bob Marley Museum, which is in the top five tourist destinations in Kingston.

“As mom, she successfully blazed new trails in business, entertainment, and philanthropy, all while still being present as a mother; she became my greatest example. My mother is my greatest inspiration,” Cedella said. “Rita Marley literally ‘set the trend’ for the lifestyle many women who are living today as entrepreneurs, community activists, and mothers. My love, my admiration, and my gratitude is endless.”

Sharon, who is the eldest of Rita Marley’s children, said, “Ever since I was a little girl my mother always seemed larger than life. She is fearless and flawless. I’ve always wanted to be like her. She moved with confidence and commitment, she was not easily deterred and didn’t seem to need much encouragement because she was always the leader. Her voice can be heard on a lot of the early Melody Makers recordings. She toured with us for many years until she was sure we were solid. To see the sparkle in her eyes when we flash on her television screen is priceless. To see her on stage was life-giving. My mother continues to leave me in awe.”

Sharon’s daughter, Donisha Prendergast, also looks to the Marley matriarch as a revolutionary teacher and said that how she has mothered a musical nation “is just one aspect of what she’s been able to do because along with being a phenomenal musician and artiste, she has also mothered a nation of young women to be able to do the same”.

“That is a global conversation,” Prendergast said, adding that “I think within the time when she was performing on stages and travelling and being present as a black Rastafarian woman, doing this kind of grass roots humanity works, she was also redefining how we could see ourselves visually. I mean look at the fashion that she and Sis Marcia and Sis Judy as the I-Three wore on stage. It became the ideal for what the Rasta woman would or how we would then perceive ourselves.”

She added: “So, even with my career as a filmmaker and actress and also in my works as an activist, I always remember those things. Always think outside of the box and never allow yourself to be defined. Always remember your roots but never forget that you have wings. When it comes onto family, it is just family is first.”

For her work and contribution to the industry, Rita Marley was awarded the Order of Distinction in 1996 and, in 2019, was bestowed with the Order of Jamaica.