Groovin’ in the Park cancelled 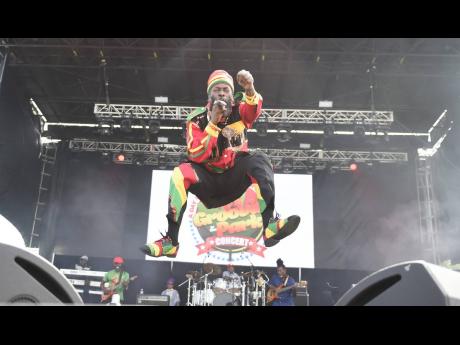 File
Capleton in performance at Groovin’ In The Park held at the Roy Wilkins Park in New York on Sunday June 24, 2018.

Groovin’ In The Park, New York City’s premier reggae and R&B concert, which was scheduled for Sunday, June 26, at the Roy Wilkins Park, has been cancelled.

Company CEO Christopher Roberts, in a recent radio interview on WVIP, noted that “it was an extremely difficult decision for us,” and cited the ongoing pandemic as the main reason for the cancellation.

“We have been having weekly meetings with our executive team, discussing what factors we must consider to make a decision about go, no go for 2022. We take the safety and health of our community, our performers, and our staff very seriously. Out of an abundance of caution and concern for everyone who will be at the concert, we have decided not to stage the event this year,” Roberts stated.

He said his team had been keenly watching how things unfolded with the pandemic since 2020, with plans to announce an artiste line-up in early 2022.

“We know that there are a lot of Groovin’ diehards who look forward to attending the concert each year. Our clientele is very unique in that we sometimes have three generations of patrons - kids, parents, and in some cases even grandparents - attending the concert together. Many have built their vacations and family reunions around the date. Consequently, we are always very particular in every aspect of our decisions. We took all this into consideration, but in the end, it came down to the ongoing pandemic and the safety of our patrons and the global inflation caused mainly by the war in Ukraine, which would have significantly impacted our production costs, as the main reasons for the cancellations” Roberts noted.

The outdoor festival, which was last staged in 2019, has developed a reputation of excellence and has become one of the most eagerly anticipated events on the New York Summer events calendar.

“We are cautiously optimistic as we move forward with plans for the concert in 2023. The concert not only provides quality entertainment for thousands of patrons each year, but the economic impact in the Jamaican-Caribbean community here in Queens, New York, is immense,” Roberts noted.