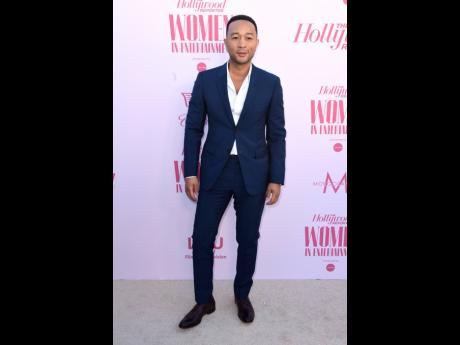 File
John Legend believes that he has “good chemistry” with Rick Ross and that their voices work well together. 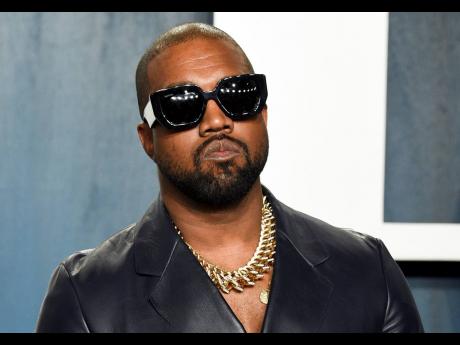 John Legend loved “bringing hip and soul together” with Kanye West during the beginning of music career.

The Dope hitmaker says the Jesus Walks rapper, who legally change his name to ‘Ye’ last year, helped him craft his work by producing songs with him for his 2004 debut Get Lifted and “connecting” him with other industry heavyweights, such as Rick Ross.

The 43-year-old musician told Eddie Francis on Apple Music 1 on Wednesday, “I’ve just been collaborating with so many dope artistes throughout my career. I started with Kanye at GOOD. Music and our whole thing was bringing hip hop and soul together. So I was on a lot of his tracks ... a lot of tracks he was producing for other people ... he was producing my tracks and connecting me with other people in hip hop so there’s always been a lot of collaborations in my background. I’ve done a thousand tracks with Rick Ross, worked with so many great MCs over the years. I’ve just always thought collaboration was a great way to make music and when we do it together it can be better than when we do it separately. So I’ve just always had that spirit and that energy and I love working with dope people and we definitely did that with this album.”

John Legend believes he has “good chemistry” with Rick – who he worked with on his new record – and how they have “similar” taste.

He said: “We got a dope one on the new album. We got good chemistry ... his voice and my voice, it just works well together. We like a similar type of track too.. A lush soulful track. You know ... it works.

The La La Land star revealed he was “honoured” that he worked with the late Nipsey Hussle on the track Higher before “we lost him too soon” in March 2019 after he passed away from a gunshot wound.

“This was right before he passed away that we made the video for this, we made the song not too long before that. We shot the video right in the area where he grew up and that he had invested so much in. Losing him in that way after making that video in the neighbourhood that he came from and was so proud of helping and supporting. It was just so tragic. I felt so much pain for everybody who loved him. Man ... We just lost him way too soon, he had so much more work to do in the world and this community particularly. It’s a shame that we lost him. I’m honoured that I got to do a record with him before he died, but we lost him way too soon,” the singer lamented.