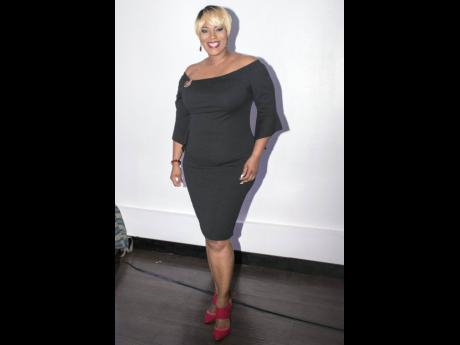 File
Dahlia Harris will reprise her Actor Boy-nominated role as Valerie in ‘God’s Way 2: Carlton’s Redemption’, which will have its one-weekend-only run in June.

After a two-year hiatus, writer, director and producer, Dahlia Harris, makes a powerful return to live theatre with the award-winning drama God’s Way 2: Carlton’s Redemption. The show is scheduled for one weekend only, June 3 to 5, at Jamaica’s premier performance venue, the Little Theatre.

First staged in 2012, the show is the sequel to God’s Way, which recently had a successful run off Broadway. Harris selected this show from her impressive catalogue because she believes it’s just what theatre audiences need right now.

“COVID-19 has taken such an enormous toll on everyone. I wanted to provide an experience that would not only uplift our patrons but give them some inspiration as we emerge from the pandemic. The show has something for everyone. It is profound and introspective, it has spectacle and humour, it’s about forgiveness and family. Audiences loved the first staging, we know they will be even more thrilled this time around,” Harris said.

God’s Way 2: Carlton’s Redemption is centred on Carlton White, a husband whose attempts at a better life for himself and his family have only yielded disastrous results. He struggles to make amends; however, the challenges of everyday life, a wife full of resentment along with his own guilt make his existence unbearable. When given the option of trying to overcome his troubles or the easier route of wealth and comfort, he must decide whether or not to take the right path.

Nominated for Actor in a Lead Role for his performance in Father Ho Lung’s Queen Esther, Johnson has extensive experience in musical theatre and a diverse genre of plays, including comedies, dramas and revues.

The play opens with its gala performance on Friday, June 3.