Superfan covers Dennis Brown’s ‘Should I’ 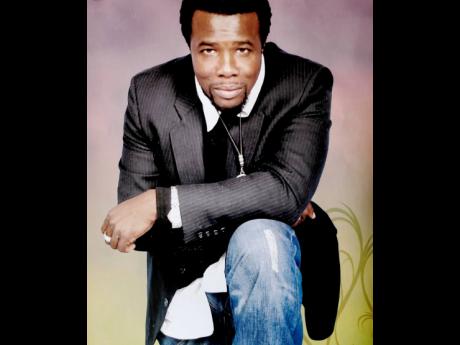 Contributed
Dona V’s cover of the Dennis Brown classic ‘Should I’ will be released on May 20.

Dennis Brown may be the most-covered reggae artiste given his amazing catalogue of reggae and lover’s rock songs. Talented reggae singer Dona-V is a ‘D Brown’ superfan who stands out among the Brown’s legion of fans, and he recently paid homage to the Crown Prince of Reggae with a cover of the popular classic, Should I.

“Being a die hearted fan of Dennis Brown, who I consider the greatest reggae artiste of all time, made it an easy decision to do a cover version of his classic Should I. I put my heart and feeling into the song, and, as a result, created my own unique twist, thanks to New York-based co-producer Scott Yahny,” the artiste, whose real name is Donovan Pinnock, said.

The single will be released via all digital platforms through VPAL Music on May 20. Brown, who died in 1999 at age 42, recorded the song in 1979 for producer Joe Gibbs.

Dona-V will be following up that release with an original song, It’s Never Over, which he wrote and produced himself. This song will also be released tomorrow.

“It’s a strong love song, obviously telling a story of someone who has done his lover wrong and is begging for another chance to talk it over. Yes, it sounds a little bit personal, and it might be,” he said, laughing.

Originally from the district of Victoria Town in Manchester, Dona-V has been recording songs since the mid-1980s. He began singing in churches in Victoria Town at six years old and was drawn to reggae music by the soulful songs of Dennis Brown and Delroy Wilson. He attended Holmwood Technical High School.

He recorded his first song, Story Come to Bump, for producer Harry J in 1986, but it was never released. He migrated to New York City in 1988, where he currently resides.

Dona-V worked with the late legendary Clement ‘Coxsone’ Dodd on his first album, Cry For Tomorrow, which was released by Studio One in 1999. He followed up that with his second album, Any Means Necessary, which was released on all major digital platforms.

“I have been singing for 36 years-plus, simply because I love it. I will continue to sing and write, writing being my greatest strength, until music tells me to stop. Music alone shall live,” Dona-V said.