A festive celebration of life for Tabby Diamond 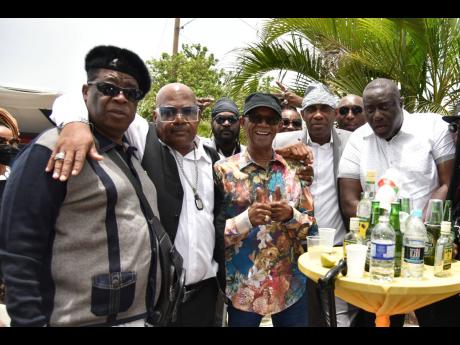 Kenyon Hemans
Josey Wales, Beres Hammond, WIckerman, and Admiral Bailey were among those marked present as they celebrated the life of their friend, Tabby Diamond. 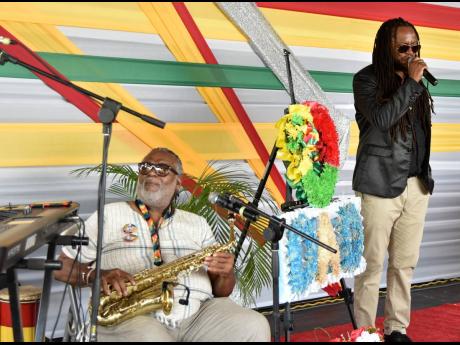 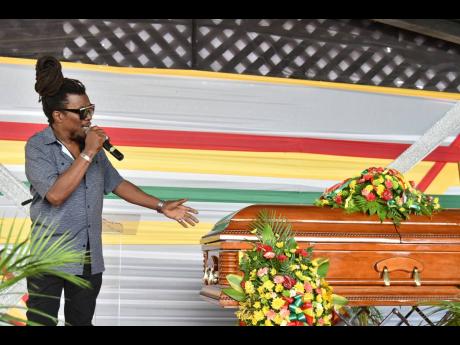 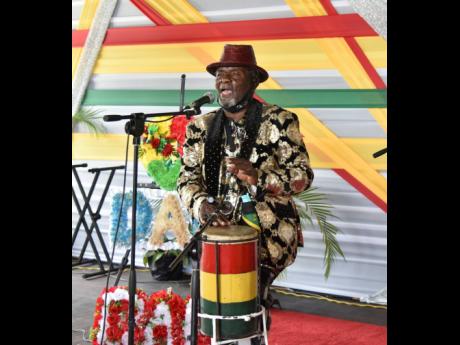 Kenyon Hemans
As he did at last week’s service for Bunny Diamond, Bongo Herman drummed up some great vibes. 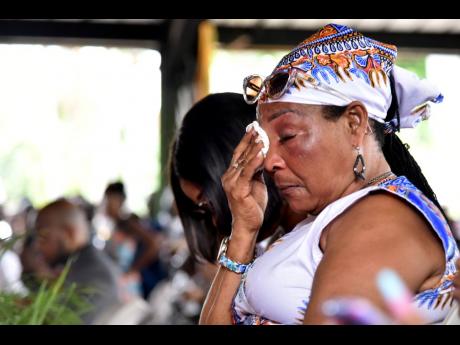 Kenyon Hemans
Evanie Henry, common-law wife of the late Donald ‘Tabby Diamond’ Shaw wipes away a the tears as she listened to the tributes at his thanksgiving service last Friday. 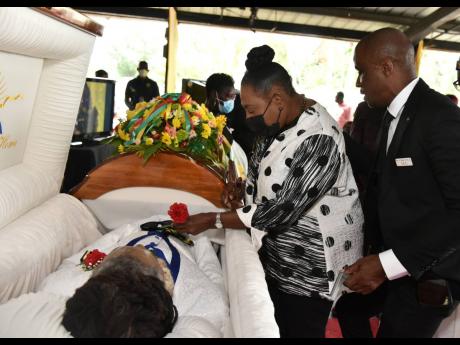 Kenyon Hemans
Minister of Culture, Gender, Entertainment and Sport. Olivia Grange, lays a single red rose on the body of her dear friend, Tabby Diamond. Standing next to her is Peter Perry, CEO of Perry’s Funeral Home. 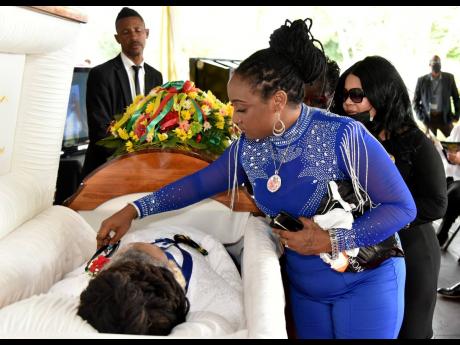 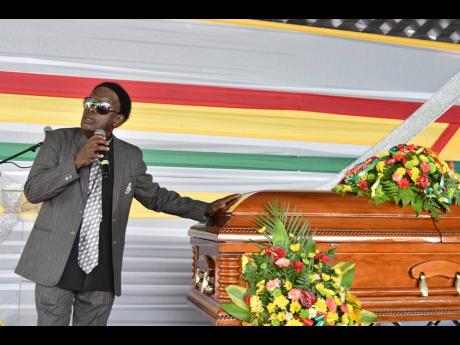 Kenyon Hemans
Judge Diamond had to quickly delve into the Diamonds’ catalogue for a new song because singer Duane Stephenson sang ‘Sweet Lady’, the song which Judge had planned to sing for Tabby. 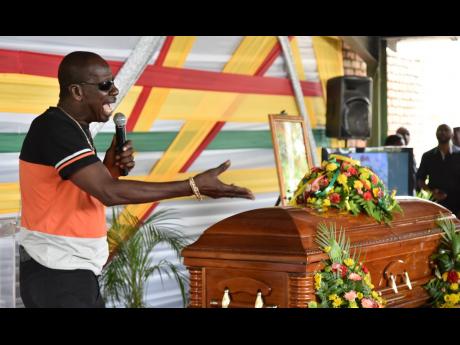 The thanksgiving service for Tabby Diamond seemed to be the perfect excuse for members of music industry to descend in droves on the Ranny Williams Entertainment Centre on Hope Road and transform it into ‘Festive Fridays’. Musicians, singers, deejays, producers, artiste managers, of all ages and all walks of life, many of them in their Sunday best, were marked present at the fulsome celebration of life, and it was a joy to behold.

Bongo Herman, in a black and gold ensemble that screamed festive, was the hype man who drummed up great vibes and had the overflowing house off their feet and the crowd on the grounds angling for a closer look. Judge Diamond, Dean Fraser, Chris McDonald, Duane Stephenson, Carlene Davis, Leroy Sibbles and his 15-year-old granddaughter; Dehdeh Blacks of the Heptones; and even veteran tour manager, Copeland Forbes, paid tribute in song and had the audience clapping and cheering.

Make no mistake, however, the pain of losing the much-loved lead singer, especially in such a violent manner – in a drive-by shooting – was only too real, but the combined love and camaraderie exhibited on Friday spoke volumes.

Quiet tears flowed from family members, including Tabby’s common-law wife Evanie Henry, his granddaughter Domonique Martin and from his god-daughter Garishia Nelson; and from friends like musician Paul ‘Wrong Move’ Crossdale, who wiped away his tears on his sleeve as he lamented that his neighbour Tabby “never deserve it”. Opposition Leader Mark Golding declared that news of Tabby Diamond’s death “hit us to the core” and Minister of Culture, Gender, Entertainment and Sports, Olivia Grange, remembered Tabby Diamond as “a cool individual” who was unselfish. Tabby’s brother, Peter Shaw, told The Gleaner that the family was “crushed, distraught, and confused, but by God’s grace we will pull through”. His rendition of City Called Glory demonstrated his faith.

Tabby Diamond, who was killed on March 29, was laid to rest beside Fitzroy ‘Bunny Diamond’ Simpson at the Meadowrest Memorial Park in St Catherine