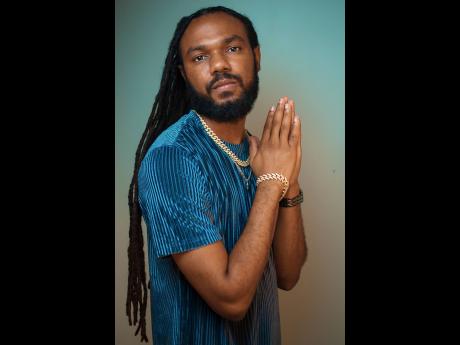 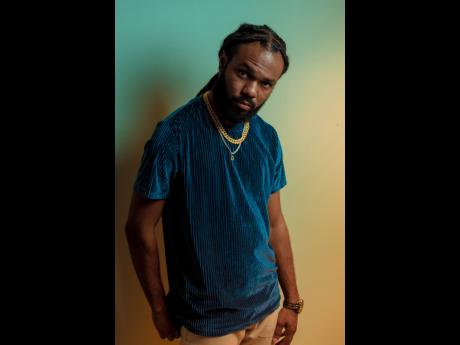 Contributed
Singer Indie Allen is a film enthusiast as well as an actor. 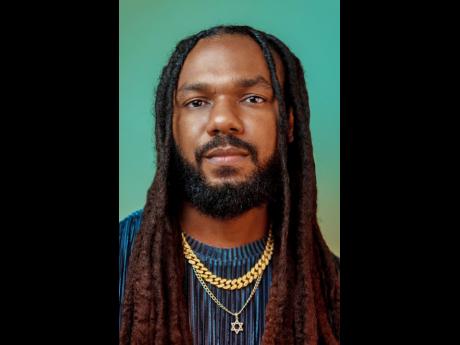 Contributed
Indie Allen has been named an ‘Artiste to Watch’ by Pandora.
1
2
3

Thriving in a smoky blur of local acts crossing over into the pop realm, fusing the sounds of reggae and dancehall with other genres and capturing the attention of the techie generation is the multi-hyphenate Indie Allen, who not only captured but...

Thriving in a smoky blur of local acts crossing over into the pop realm, fusing the sounds of reggae and dancehall with other genres and capturing the attention of the techie generation is the multi-hyphenate Indie Allen, who not only captured but maintained incredible momentum since 2018.

When he received the first major feature by our publication in 2019, he said: “I think my unique selling point as an artiste is being that soulful singer who shares my experiences and the feelings I’d like to evoke. We want to use that to capitalise on getting more intimate audiences, audiences that will appreciate this kind of music and, at the same time, we found it very important to target the streets; the grassroots people; the people who would not necessarily gravitate to deeper sounds just yet. We want to grab the attention of those persons before we put out an album.”

Since then, he has masterfully demonstrated versatility and ability to play with various genres and appeals not only to a grassroots audience, but a wide spectrum of people while staying true to himself as a creative. Indie Allen has only released a handful of singles and his social media metrics, combined with the number of subscribers he has garnered on digital streaming platforms, is nothing that will cause an alarm but last year, the artiste was named ‘an artiste to watch for 2022’ by Pandora.

“I still don’t watch the numbers; I also don’t consider myself to be a celebrity. I just want to make art and music inspire people, instead of impress an audience or industry people. It might seem small in number on social media but these are real connections with core fans who gravitate and support my music, and will make things manifest, instead of a perception that things are manifesting,” Indie Allen told The Sunday Gleaner.

He has not reached the 5,000 landmark of followers, but he is verified on Instagram and he boasts an active tour schedule: from his European debut in the early stages of his career, at the renowned Reggae Geel Festival in Belgium, which is a major accomplishment for an unsigned entertainer, to gracing the stages of concerts in Canada, Dominican Republic, Trinidad and across the US. His last live performance overseas was the New Orleans Reggae Festival.

“It’s been busy this past year and I am making the best of it, enjoying every minute of the process thus far,” he said, adding that, as an artiste who is fresh out the starting blocks, every year “you are looking forward to the next level of growth”.

“I’m an independent artiste with no backing, but God blessed me enough to immerse in my professional journey. I believe a lot of things happened after my single Wanted, produced by Brooklyn-based producer Dretegs, was released. Having been named an artiste to watch did not put pressure on me to deliver but instead, made me want to work harder,” Indie Allen continued.

The artiste recently sparked up conversation when a collaboration he did with Agent Sasco for producer-duo Jaxx and Staxx became part of a TV series. The song, titled Dream, is on the soundtrack for episode three of the second season of Amazon’s drama series The Wilds. A film-enthusiast and actor as well, Indie Allen was ecstatic about the opportunity. “I had so much love for film industry, and though it is only the song being featured, it is a dream manifesting,” said the once-upon-a-time lead actor for the Michael Holgate directed musical titled Forbidden Fruit. “When I got the news, I wasn’t aware of the series, but I made sure I dove right in, I started looking it up and was so fascinated and overwhelmingly excited by the storyline. I’ve had eyes on the scene and taking note of what’s happening in the film world, so this is interesting to me.”

While he has not shared if he has any offers to appear in any upcoming films or TV series, Indie Allen did state that he has a consistent grip on the opportunities in the industry and has auditioned maybe four or five times for various roles. So, as we progress further into 2022, fans can rest assured that Indie Allen has got more to offer.

Now it is time for his official debut album, and Indie Allen is levelling up again by weaving through a hybrid of genres. He has a distinct style that’s only truly become more visible over the past year. His first studio EP, while it cannot be found anywhere else but SoundCloud, was the initial step in the journey to becoming a recognised artiste, one centred on understanding what works authentically for him.

“I’m working to release my first official EP, and when I say official, I mean it has all the features of a modern production. The foundation of my sound is reggae but I grew up listening to a lot of genres, so there’s much to explore. I think last year, Wanted, was a great mixture of all those sounds cultivating the Indie Allen sound,” he said.