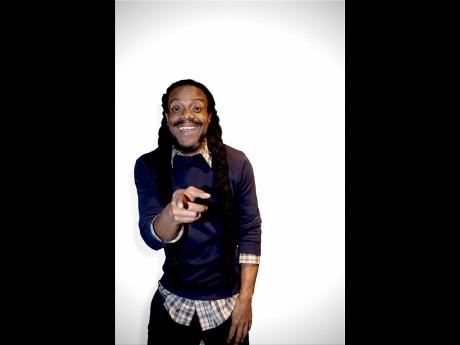 Contributed
Chester Miller’s ‘Loving Feeling’ will be released on June 3.

“My hope for this EP is that it puts smiles on people’s faces when they hear it, and feel a sense of freedom to dance and have fun again, with reggae music blasting all night long ‘cause it’s a ‘reggae party’,” Miller told The Gleaner.

His sentiment manifests throughout the EP produced by Josh Goldman and previous collaborator Tim Dub. It is slated for release on June 3. Loving Feeling starts with the title track which sets the tone for sweet reggae music, while encouraging listeners to show love and relish in its feel-good reciprocity. The infectious number Reggae Party oozes the excitement of being freed from COVID-induced house arrest and dancing the summer away. Miller cautions about unrequited love on Blood from a Stone, and sings about new love on the EP’s sole collaboration Come Over This Way, featuring Lutan Fyah.

“When I heard the track ( Come Over This Way), I instantly said, ‘This song would make good for a combination with another artiste’. I said to Tim that Lutan Fyah was one of my favourite artistes (and) Tim started laughing, saying that he produced for, and lived with, Lutan at one point when he was living in Jamaica. Same time, Tim call Lutan and Lutan heard that it would be me singing. He had seen me on the Dennis Brown tribute show and the Onstage TV interview, and told Tim to send the track immediately ‘fi put some flames pon it’.”

The EP culminates with Bigger Plan, a meditative, acoustic-style song which encourages people to never lose sight of their goals despite derailments. This is the song that resonates most with him from the project.

“We knew we wanted to end the EP with something more laid-back and uplifting. I sang it to Tim and Josh (and) they both said, ‘Yes, that’s it, that’s the vibe.’ Tim got out his kettledrum, Josh got on the acoustic guitar, and the song was basically done in less than an hour with one vocal take; magical.”

The Canadian-based artiste, who rose to prominence in 2019 as the Dennis Brown look and soundalike, wrote the lyrics from a personal place.

“I wrote that at a time when nothing was working in my favour musically, because I look too much like someone else and sounded too much like someone else; and a close friend of mine said, ‘Block out all the noise and don’t listen to the haters,’ and that ‘people only fight you down because of envy and jealousy.’ Bigger Plan talks about those feelings I suffered with for a very long time.”

After working on the EP for a few months, they settled on these five because of the positive themes which Miller believes are needed now more than ever.

“After the last three years when things were looking so bleak, we knew we had to come with some dancing music, happy music, positive and inspiring music to get people back to enjoying their lives again, and we feel this EP can do that.”