‘You can use other methods’ when children misbehave, says dancehall artiste 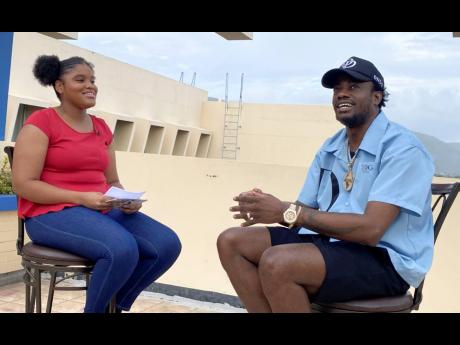 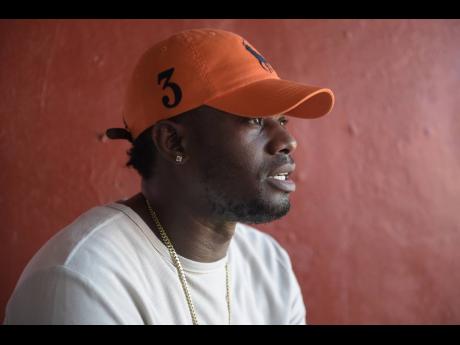 File
Ding Dong says corporal punishment, especially in schools, is not the most effective form of teaching children.
1
2

Dancehall entertainer Ding Dong feels he is no expert on the education system and how another person parents, but says that there is a way to be tough with children without laying a hand on them. Ding Dong is the father of two sons and is also a husband.

“Every child is different. You have to know what kind of measures you take [with children] whether you restrict them from watching TV, restrict them from going out, but it is about finding what is most intriguing to the child and taking it from them any time them misbehave. And if that nuh work, try something else,” he said in a special Child’s Month interview series produced by The Gleaner.

Head of the Ravers Clavers family, he emphasised that both parents and teachers in school must appreciate that the current generation of youth is learning at a different pace and in different ways.

The 41-year-old entertainer, who enjoys a fair share of success in the dancehall sphere and has earned the respect from the corporate world throughout his career, says corporal punishment, especially in schools, is not the most effective form of teaching children. When asked to share his honest opinion, by Jhaneille Esson, the 14-year-old captain of the St Jago High Schools’ Challenge Quiz team that won this year’s national title, Ding Dong said, “I wouldn’t want nobody lick my pickney or beat my child.”

Ding Dong shared: “You can use other methods, you don’t have to use beating a child. Just like I would tell my children, I’m telling you, that you have to curve them from them young.”

Likewise, the Happiness artiste-songwriter said that the teachers need to reinforce that they are here to teach and approach with a no-nonsense attitude from day one.

“You can be friendly and cool, but make them know you are a no-nonsense teacher by sending them to the principal’s office and by calling the parents. Try keep a close tap with parents as well, because a lot of these kids scared a dem parents. Dem just come a school and gwaan like them is big and the toughest, but when parents come there and shout at them at the school, them feel embarrassed (not saying you suppose to do that as a parent either). You have to just know your child and know who you are teaching to know what best to work in terms of punishment, but yuh nuh haffi beat them,” Ding Dong offered.

He explained that with the evolution of technology and the level of exposure that children are receiving, the education system is gradually recognising the need to adapt to the way the youth are learning inside and outside of the school environment.

As a child, Ding Dong, whose given name is Kemar Christopher Dwaine Ottey, adapted to change and if there was anything he learnt from early, it was that change is a constant. He lost his father at the age of three and was raised in the Nannyville community by his grandmother and aunt, who worked hard to make certain he had a full life. It was no surprise to hear the entertainer share that when his career path took a detour in the direction of dancing instead of playing football – another of his passions that he excelled in as a youth – his family reprimanded him.

“I decided one year, me nah play no more football, and just dance and me get cussing from my family. Them say me must go look a work, but I stuck with it and it got me here,” he said.

Considering the pandemic and the introduction of technology, it was easy for Ding Dong to offer further examples of change.

“We have to understand that times and things change, and it [is] going change with every aspect of life as much as we want to keep on that retro type of living. We keep certain morals we grow with, certain morals taught to we by we grandmother and parents, we try inflict that on we kids and try lead by example,” he said. “They are listening different now, the kids viewing different; the world get smaller so the least little things we never had to influence us as a child, it deh deh now by the tip of them finger through Internet and smartphone and through TV.”

He said the COVID-19 pandemic has brought with it much change and created a technological shift, particularly in education.

“Teachers have to try adjust the way of teaching … them cyaa go back to duster on the chalkboard and when a student nah pay attention, them fling a duster after them. That nah work again. You have to change within the times,” he said, adding that it is not about the level of commitment of the teachers and parents but that, “COVID come box everybody inna them face and unuh gwaan like unuh never waan change, we haffi change now. It’s not like it is more committed but is just that things changing now.”

Ding Dong is committed to his children living a full life and wants them to garner a full understanding of the ills of the world. He has found that keeping the door open for conversation on every and anything has been an effective way to connect with his children, and also because he does not see the merits in hiding information from them, he said.

“I reason with my kids as if I’m reasoning with my friend dem, because me nah guh hide nutn from them because when them go face it in the world, them don’t know how fi deal with it. So, I tell them straight truth as to what it is, and I talk to dem straight up,” Ding Dong said.