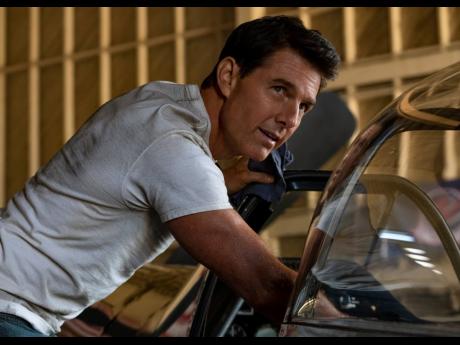 For the longest time Top Gun seemed a relic of a bygone ‘80s era. An action film with a cheesy title, grown men parading around with ridiculous nicknames, and an inexplicable volleyball scene. Yet by all accounts, Top Gun has stood the test of time, with its audience growing fonder of it as the years go by. With the original being so iconic, can its sequel recapture the magic?

With Top Gun: Maverick the answer is a resounding yes. The film is set 36 years since the original the film yet sees a returning Tom Cruise who looks to have aged only 10. Cruise’s Pete ‘Maverick’ Mitchell has burned too many bridges in the Navy, and his latest stunt sees him at risk of being grounded for good. His punishment is to train the next generation of elite pilots to pull off the most dangerous mission they’ve ever faced.

All that there is to love about Top Gun is present in the sequel. The new film is exceptionally good at setting stakes, while its plot is informed by its characters. As can be expected, Top Gun: Maverick is paced brilliantly and feels like the result of a fine-tuned effort. The only drawback to speak of is the film’s predilection for the predictable. Surprise may not be in store for the avid viewer, but as familiar as its beats may be, the execution of its story puts ‘Maverick’ a cut above the rest.

Not to mention the action is superb, helped in no doubt by the lead actor’s insistence that he and his co-stars undergo flight training for the film. Tom Cruise may very well be certifiable. His commitment to practical action may border on a debilitating obsession. He may be endangering himself and others in his pursuit of grounded action, but the end result is worth every penny.

Top Gun: Maverick is an exhilarating experience that more than makes up for the near four decades since the original film. The film knows exactly what it wants to be, giving a meaningful follow-up to the story of Top Gun while giving its new cast more than enough room to develop their characters. Top that off with some incredible action that puts the audience front and centre to the mayhem. The summer of 2022 may have just begun, but the bar is already set exceedingly high.