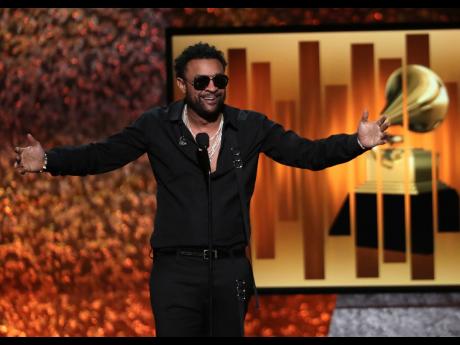 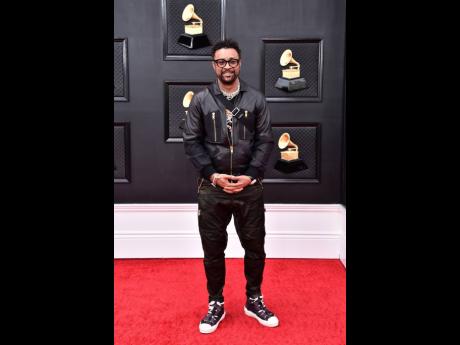 The year was 2019, and Orville ‘Shaggy’ Burrell, without any trace of cockiness, told The Gleaner, “I was born for greatness. I come from a Rae Town tenement, but I understood that you can’t form fool when you are ‘the chosen’. Man is just a tool for that higher power, and you have to do what is great.”

Great is exactly what the superstar reggae and dancehall entertainer defined and epitomised last Saturday when, to ‘boombastic’ cheers from the graduating class, he walked up to the podium and was conferred with the honorary Doctor of Fine Arts degree from Brown University, the highly respected Ivy League institution located in Providence, Rhode Island, USA. After delivering the oration to the Class of 2020 graduates who had missed their in-person ceremony owing to the pandemic, Shaggy filled the auditorium with the sounds of reggae and dancehall music as he performed a medley of his hit songs that had the graduating class out of their seats and singing. It was a moment.

The citation from Brown stated: “Your style, your voice and your influence on Reggae and the genre’s growth in American pop culture, cannot be overstated. You are recognised world over for your success as a musician, your leadership and philanthropy…”

As soon as Shaggy posted the video clip to social media, his colleagues eagerly lined up to offer their congratulations. Among those showing their love were Spice, Ding Dong, Gramps Morgan, Tarrus Riley, Tony ‘CD’ Kelly, Gene Noble, Kemar Highcon, Tennille Amor, Don Corleonie, OMI and Nikky Bourbon. Music industry players also did their part to spread the word of Shaggy’s great achievement and quickly shared the video, either in part or in its entirety, with the dancehall artiste.

Downsound Entertainment CEO Joe Bogdanovich, whose brother, wife and daughter are Brown University alumni, was ecstatic. “Thinking of all the work that Shaggy and his team [put in] to get there to receive such an honour, and looking at the enthusiastic graduates cheering for Mr Bombastic, gave me a feeling of proudness for this Jamaican artiste. A deep congratulations from me and DSE. Your service is something to count on and respect. Keep it up, up, up,” Bogdanovich told The Gleaner.

“Recently, I had the privilege of sitting with Shaggy at the AC Marriott hotel and I was schooled in a lot of things. Shaggy is not only an artiste, he is a student of the industry and he has been studying the industry from before the emergence of these reggae bands. And one of the things that I was impressed with is that he is always trying to get us to do things on our own. He was saying that we don’t need collabs, we don’t need to align ourselves with American artistes to hit. We can hit on our own. And Shaggy has made big hits with basically unknown artistes – It Wasn’t Me with Rik Rock, an unknown; Banana with Conkrah. And he is not afraid to do new things. He did an album with Sting and then an album of Frank Sinatra covers. He deserves the doctorate, because it means that you are a master in your field. What makes it more impressive is that it is from an Ivy League school. I am impressed with Shaggy; he is one of our Jamaicans who have really done us proud. If you break it down, he is one of the greatest ever to do it in reggae music.”

Music industry expert, Clyde McKenzie, was very vocal in his praise. “Brown is an Ivy League university, and that means that it has a certain prestige to it. And it is really nice that this university in Rhode Island has honoured Shaggy in this way. It is appropriate, given Shaggy’s longevity and also the fact that he has reinvented himself. He didn’t just sit on his laurels. His work – not only in music, but also in the field of philanthropy – has been outstanding. People who would not have paid attention to him as an artiste were now forced to look at him as the philanthropist. Nobody can question the level of contribution that he has made in popularising Jamaica and Jamaican music. Cheers and kudos to Shaggy. Very well deserved.”