Lively welcome back for JYC 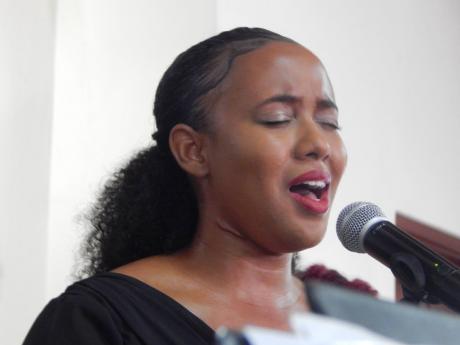 Michael Reckord
JYC soloist Brittany Johnson singing ‘It is Well With my Soul’. 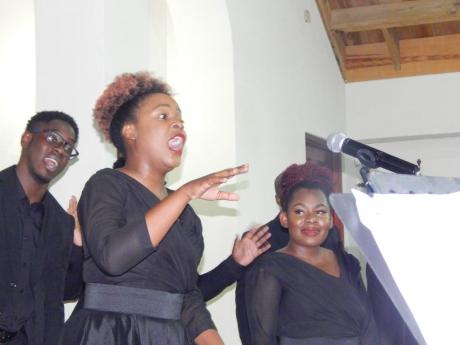 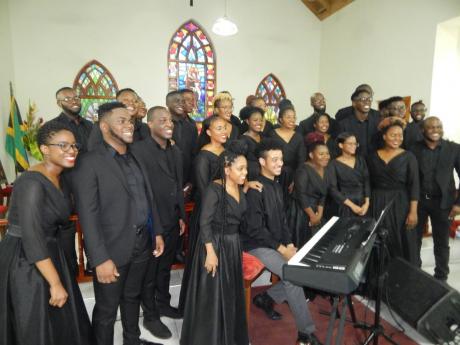 Michael Reckord
The Jamaica Youth Chorale gather together at the end of the concert on Sunday at the Church of the Good Shepherd, Constant Spring Road.
1
2
3

At the end of its concert at the Church of the Good Shepherd last Sunday, the Jamaica Youth Chorale (JYC) got the ultimate accolade, a standing ovation.

Minutes later, this Gleaner reporter and several others gathered around the JYC’s founder and musical director to congratulate him on the show. Asked how it felt to be back before a live audience after the disruption in live entertainment in Jamaica caused by the pandemic, Gregory Simms replied: “I’m so happy; joyous; thankful – hence the name of the show. We’ve had virtual Christmas shows over the past two years, but the energy of this live audience was great. I hope it can keep going.”

No doubt reflecting the sentiments of the audience, those around Simms agreed. We were happy to hear that the chorale was already planning for a live Christmas season concert. One hopes that it will be longer than Sunday’s show, which was a mere one hour in length. There was no intermission, a standard feature of live productions, and the singers, who were all in black, stayed on ‘stage’ around the altar the entire time.

Nevertheless, there was no feeling of monotony. Variety came from every other aspect and component of the performance. First, there were 14 songs, and apparently, only two were by the same composer, Noel Dexter, who wrote the music for Psalm 150 ( O Praise Ye the Lord) and the LTM pantomime song One Thing Leads to Another.

Eight soloists sang segments of various items, with one soloist, Sherona Forrester, going into the aisle of the church to be in the middle of the audience as she sang the verses of the narrative-song One Thing Leads to Another. The other choristers sang the chorus. It was the highlight of the show.

There were four accompanists – two drummers (Davyd-Paul Alberts, on the huge Rasta bass, and master drummer Calvin Mitchell, on the smaller kette); and two pianists, Dr Kathy Brown and Stephen Shaw-Naar. Additionally, there was a lot of physical movement, not quite dancing, by the singers, so one’s eyes were constantly shifting about.

Not surprisingly, for this is a group that has won international awards, including two silver medals in the World Choir Games in South Africa a few years ago, most of the variety came in the chorale’s textured singing by the full choir, and its part-singing: two and three and four-part harmony.

All the songs were delightful, from Felix Mendelssohn’s He, Watching Over Israel early in the concert to the popular Bridge Over Troubled Waters and You’ll Never Walk Alone at the end. Those gentle songs conveyed gratitude in mild tones, but other songs, which were joyous, fast-paced and bouncy – like the show tune One Thing Leads to Another and the Spirituals Ev’ry Time I Feel the Spirit and Rock-a My Soul – also suggested gratitude more energetically.

The standing ovation showed that the audience, too, was thankful that the JYC was back live.