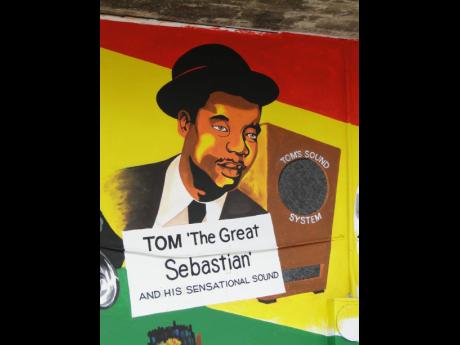 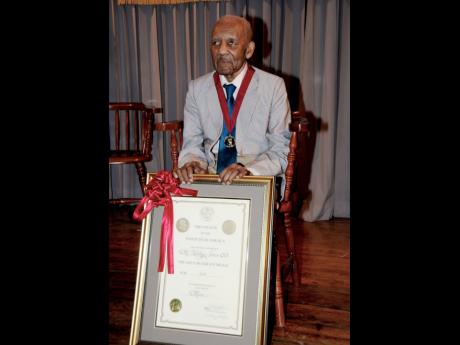 File
The Institute of Jamaica presented Jones with the Gold Musgrave Medal award in October, 2011.
1
2

( It’s Father’s Day in the year of Jamaica 60 and as part of the jubilee celebrations, The Sunday Gleaner’s Entertainment section is featuring the sound system culture, which was born in Jamaica in the late 40s and 50s through the creativity of the pioneering ‘Fathers’.)

The story of Jamaica’s sound system culture is intimately tied up with the name, Thomas ‘Tom’ Wong, whose sound was named Tom The Great Sebastian. This seminal figure in the music was born on May 24, 1924, and made an indeble mark until his death by suicide, and while his cause of death is not in dispute, some sources say it was in 1971, but others report it as 1966.

Thomas Wong was of mixed heritage as his mother was Jamaican of African descent and his father was Chinese-Jamaican. He was the owner of a hardware store in downtown Kingston and legend has it that Tom Wong first started playing music to attract customers to his store even as he honed his skills as a selector. From those beginnings, he would go on to become sound system pioneer, ‘Tom The Great Sebastian’, a name he took from a circus act for his sound, which became a powerful force in the early ‘50s. Website, freestylee.net, notes that he is generally credited with developing the first real dancehall sound system in the early 1950s. “At that time, urban Jamaicans liked to dance to American soul and blues music, but local bands were not very professional, and it was much cheaper to have a DJ selecting records than to hire an entire band.”

During that era, another sound system, Count Nick, was also popular and it is said that the first sound clash was between Tom The Great Sebastian and Count Nick. Two clashes in 1952 were won by Tom and the settlement of that argument led to Tom The Great Sebastian claiming bragging rights and the position of number one sound. Information on the One Love Festival Facebook page notes that Tom’s success was due to “his custom hi-fi set, designed by electrical technician Hedley Jones, who was trained in the RAF during World War II. His speakers were hung from trees until more powerful freestanding units were constructed. Tom The Great Sebastian had three sets. He played the first, Duke Vin the second, and Tom’s brother the third set”.

The late Winston Blake, whose father, Val, started Merritone, Jamaica’s oldest continually operational sound system, is quoted as saying, “I enjoyed the way he played his music probably more than any other sound, because he was adventurous.”

Winston Cooper, aka Count Matchuk, whose habit of chewing matchsticks crafted his moniker, initially worked on Tom the Great Sebastian system and later the Tokyo the Monarch system, before moving on to Clement ‘Coxsone’ Dodd’s Downbeat Sound System. He originated a deejay style that was later developed by artistes such as U-Roy, who named Matchuki as a major influence on his work.

Tom the Great Sebastian was also backed by another pioneer, Prince Buster, who used to play records at Wong’s hardware store, before establishing his own sound, The Voice of the People.

After the death of Tom the Great Sebastian, the sound system was continued by Lou Gooden, who pays tribute to him in the book Reggae Heritage: Jamaica’s Music History, Culture & Politic.

“When I started high school I realised my dreams when I was introduced to Mr Thomas Wong (Tom The Great Sebastian) and was taught the finer points of being a sound system disc jockey. The lesson I retained the most was, as he told me. ‘You should not let the dance crowd lead you, you have to be the leader, what you play is what they have to enjoy.’ I was the third disc jockey for the Great Sebastian Sound System and remained with Tom (The Great Sebastian), playing at the Silver Slipper Club, Bournemouth Beach Club and many places where we always performed to pack dance halls.”

Gooden noted that he continued to operate the sound “with the help of Mr Thomas Wong’s son”. However, Wong’s son subsequently decided to close the business.

Wikiwand notes that in 1976 the sound was sold to Haidan ‘Jimmy Metro’ James as Metromedia “and became one of the most popular sounds of the 1980s, featuring the deejay Peter Metro and selector Sky Juice”.