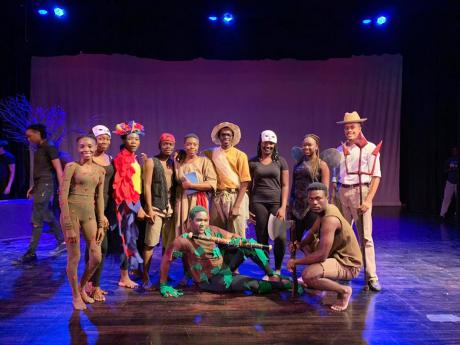 Contributed
Desmond Dennis with the UDAS cast from ‘Ti-Jean and His Brothers’, which he co-helmed with late theatre stalwart Trevor Nairne in 2020. 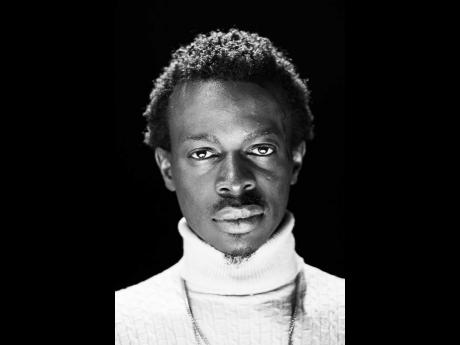 Contributed
Desmond Dennis is hoping the second time is the charm as he seeks to raise enough funds to attend the London Academy of Music & Dramatic Art.
1
2

Jamaican thespian Desmond Dennis is one of six people worldwide to be accepted into the London Academy of Music & Dramatic Art (LAMDA) for a Master of Arts in directing come September, but he needs help to get there.

It is his second campaign as he first applied to the programme last year with success, but the offer was rescinded as he was unable to raise the funds in time for enrolment. This time around, the Actor Boy awardee is pulling out all the stops to not only raise the money, but work for it.

He reactivated the previous GoFund Me account after receiving the official offer letter earlier this week and has received more than US$3,000 of his US$35,000 goal towards his tuition.

“I don’t want people to think that it’s a donation as much as I hope that they see it as an investment because the dream is really to come back here and help build the space,” Dennis told The Sunday Gleaner. “Some of the people I’ve learnt from like Aunty Dahlia (Harris), Michael Holgate, my director in QUILT, Rayon McLean, people at Jambiz like Patrick Brown, the late great Trevor Nairne, all of those people have done so much for Jamaican theatre, and when I come back, one of the things I want to do is add my voice to that or add something unique to what we offer as a country.”

Dennis is also exploring other fundraising activities, including master classes next month and a production featuring original pieces, which will take place in August.

“I’m hoping to cast people who I’ve worked with in Jamaican theatre because I feel like it would be a nice moment to gather all the people who have been with me throughout my journey to do a production to help me raise the funds,” he said. “Most of them have agreed so far, so I’m currently putting the final touches on that.”

He is also hoping to engage corporate entities beyond direct sponsorship through creative packages, adding, “I’m willing to work for the money if anybody is out there who would like to partner with me to create something for their brand.”

Once on a path to becoming a doctor, the Glenmuir past student fell in love with the ability to make people experience a catharsis of emotions through acting and got his start in 2011.

Studying in the UK has been a recurring dream for the 30-year-old because of the critical contribution of the space to the development of theatre arts.

“I wanted to find a programme I felt would challenge me as well as provide the unique opportunity to be exposed to different styles of learning and creating. I wanted to go to LAMDA because it is the oldest drama school in the UK and one of the most prestigious, so I found the balance between tradition and somewhere that I felt would be good for me to grow.”

A son of Clarendon soil, Dennis’ experience in directing began in 2014 when he was appointed president of the University Dramatic Arts Society (UDAS) while attending The University of the West Indies. It was a pivotal moment in his career as he shared the first major project he spearheaded — the group’s entry at the Tallawah Tertiary Dramatic Arts Festival — flopped. Mulling over the embarrassment the group faced under his leadership, Dennis immersed himself in relentless reading and practice to expand his knowledge and skill set, grabbing chances to direct productions across campus. “I used all of those as training mechanisms for Tallawah, and pretty much, that was the only year that drama club flopped. Afterwards, we became known as a powerhouse. I’ve led them to several best production wins. I’ve directed a lot of best actresses, best supporting actresses. All the acting awards and technical awards, my drama students have gotten those.

“One of the reasons I love directing is I like making people feel things and think. I find that because the world is so fast, it robs us of a fair shot at stopping to think or reflect before we move. Through my work, which is often an emotional roller coaster, the audience gets to do just that: stop and think.”

Among his career highlights is co-directing UDAS’ production of Derek Walcott’s Ti-Jean and His Brothers with Nairne in early 2020. He is also the founder and artistic director of AwtKwoor and has done casting and directing for corporate content through digital production company Apeiron.

He made his international debut in Marvel’s Luke Cage (playing Young Anansi) on Netflix in 2018.