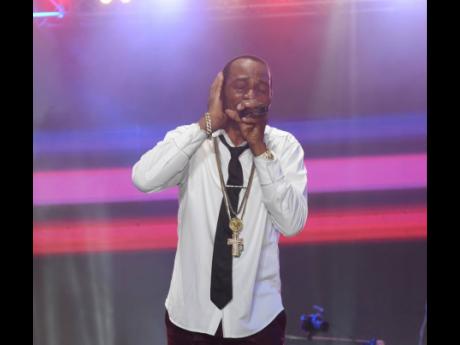 Ashley Anguin
Veteran singer Sanchez collects himself as he gets emotional on stage at the Jamaica Rum Festival held last Saturday at The Aqueduct in Rose Hall, Montego Bay. 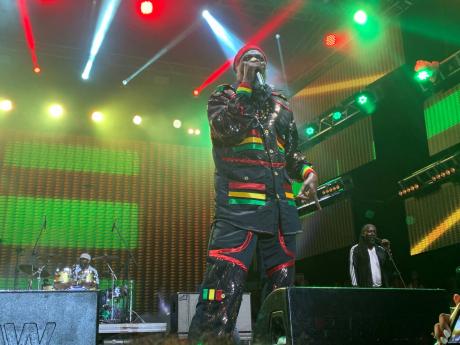 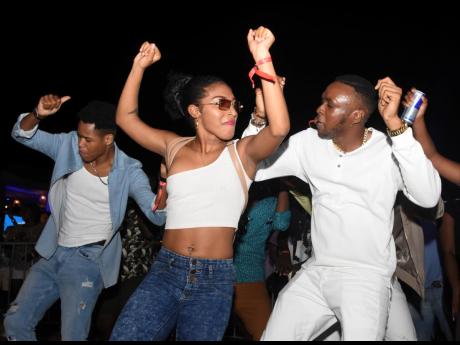 Ashley Anguin
Patrons all around the venue could be seen moving to the beat of the music. 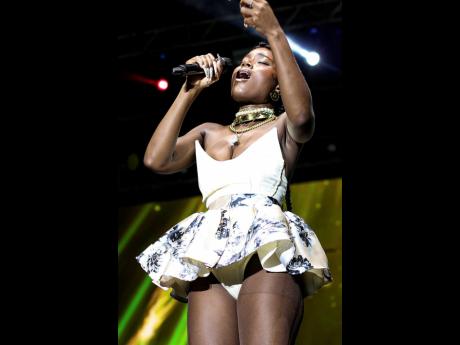 Stephanie Lyew
Sevana stood out fashionably and vocally during her segment. 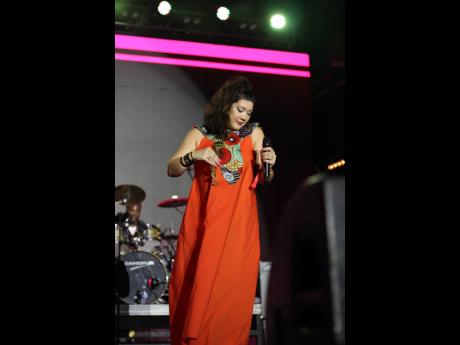 Stephanie Lyew
Season five winner of NBC’s ‘The Voice’, Tessanne Chin gets into the groove of performing on a major stage again. 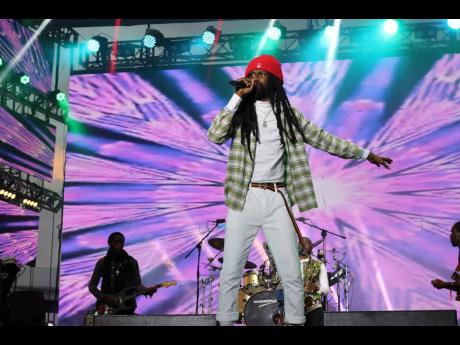 Stephanie Lyew
Runkus steps to the front of the stage to talk to the audience before delivering musical messages. 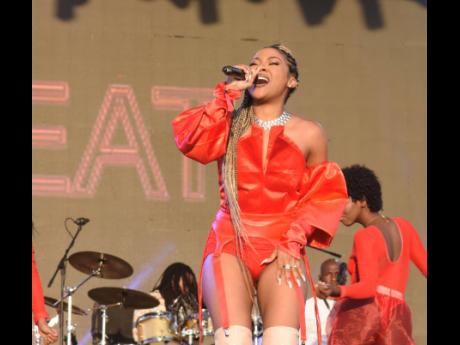 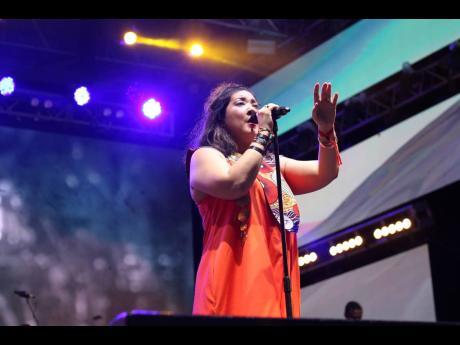 An overflow of rum and innovative cocktails, food for the picking, branded cups (plus other novelties), interactive activities, and live entertainment, all combined to make the Jamaica Rum Festival (JRF) a sensational experience.

A celebration of culturally dynamic rums, the fourth staging of the festival, held at The Aqueduct in Rose Hall, Montego Bay, was an unmissable event not only for lovers of spirits, but also for those who love music.

Appleton Estate and its partners certainly did not deprive its patrons of musical libation in its main stage presentations – from the J. Wray & Nephew Limited Academy Mix Off, which featured bartenders doing a choreographed mixology and dance demonstration to reggae and dancehall hits, to the stirring performances of recording artistes Sevana, Tessanne Chin, Romain Virgo, Runkus, and Sanchez, who, though grieving the loss of his mother and son, delivered a strong, emotionally charged set.

The veteran singer commanded the stage even while showing a moment of vulnerability towards the end of his performance. As he belted out the much-loved gospel-reggae recording of Amazing Grace, Sanchez’s vocals was of the highest standard as he shed tears on stage. Before he could exit the stage, the evening’s host, Khadine ‘Miss Kitty’ Hylton, ran to his side and urged the audience to give another round of applause.

“To come out here and perform his heart and soul after all he has been through, he is an amazing human being. I want everybody inna Jamaica ‘RumFest’ to acknowledge his greatness and the legend that is Sanchez. Me nuh know how you do it, but who God bless, no man curse. To be an artiste isn’t easy because even when you go through the trials, you have to leave them at the foot of the stage and perform with every fibre of the being. We want to honour Sanchez tonight,” she said, while holding the hand of the entertainer who was brought to tears.

Emotions were already high prior to the Here I Am entertainer gracing the stage, so much so that even with the threat of a heavy shower of rain halfway through the live concert, festival-goers remained centre stage. The transformation of the grassy field into a musical Mecca happened gradually as the crowd thickened. Many persons seemed particularly interested in opening acts D’Voyce and Kalyra, making their JRF debuts – and with good reason. The two were head turners though competing with all the activities going on around the venue. Runkus, who remained true to a style that focuses heavily on engaging the people, easily gained a thousand more followers in a 15-minute segment.

As the two women starring in the musical showcase, Sevana and Tessanne Chin were a refreshing balance of sexy and soulful.

No stranger to the JRF stage, Sevana, elated to be back in the spotlight, performing, said, “I always wanted to throw all the elements of who I am into this.” Integrating dancehall, the young siren was armed with moves – physical and lyrical – keeping the audience on their toes from start to finish. She especially left the audience spellbound with her choreography for Nobody Man, during which she did a live remix with Vanessa Bling’s One Man, all while never missing a beat.

She told The Gleaner she aimed to excite patrons with her performance. “The look, the dress-up, the drummer, and the dance, all that means a lot to me. I am the friend in the middle of a circle in the party a gwaan wid a bag a tings, but not many really know that side and I don’t want to have to hold that back, ever.”

Tessanne also appeared to shed any cloak of anxiety. Motivated by the screams of ‘We love you!’ echoing from the audience, she delivered an extensive set that included fan favourites, Messenger, You Got What I Need, her reggae version of Underneath It All, and Hideaway, after which she was called back for an encore.

Romain Virgo applauded all the entertainers. Speaking following his performance, he said: “We are seeing changes in the music in terms of what people call ‘hot’ or ‘trending’, and if as an artiste you are not focused, it is easy to get distracted. We see here artistes staying in their lane and loving what we do. When we do it from the heart, it doesn’t feel like pressure, and it works. That’s what people saw here tonight.”

As the night pushed into very early morning, veteran entertainer Capleton, who was the festival’s closing act, was a ‘controlled fire’ and not the usual raging inferno, and probably, it was the best way to bring the curtains to a close for the eventful 12-hour festival.