‘It’s a joy’ being in Jamaica 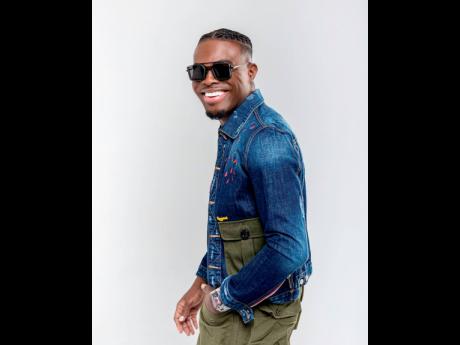 Recording artiste OMI has much to celebrate. 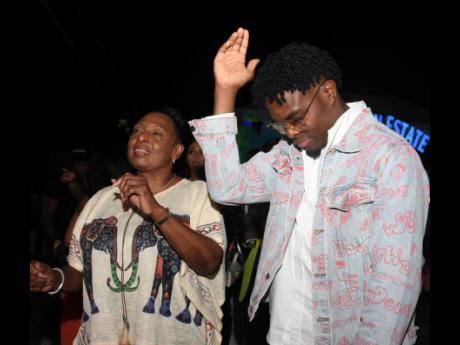 Billboard-charting recording artiste OMI was spotted having the time of his life in Rose Hall, Montego Bay, at the 2022 Jamaica Rum Festival last Saturday. Naming Romain Virgo as one of the headliners he came to see, the Cheerleader singer said...

Billboard-charting recording artiste OMI was spotted having the time of his life in Rose Hall, Montego Bay, at the 2022 Jamaica Rum Festival last Saturday. Naming Romain Virgo as one of the headliners he came to see, the Cheerleader singer said that to be able to support an entertainer, who is also a friend, made the festival experience worthwhile.

“I am enjoying myself very much. I saw a few people I haven’t seen in a long time, and everybody is having a great time; and it was good being here to support Romain. Being in Jamaica…it’s a joy,” OMI told The Gleaner.

It also turns out that the entertainer has lots to celebrate and is in Jamaica for more than just festivities.

“I have a family now; I have a newborn, and I’m celebrating that,” he said.

Given the name Omar Samuel Pasley, OMI was born and raised in Clarendon and is the last of four children. The singer idolised his father, Kenroy Pasley, a musician and visual artist known in the industry as Jah Ken and has always desired to carry on a legacy of greatness.

“My newborn – five-month-old – is the main reason I am here. It’s a joy really knowing that you’re continuing a legacy through your offspring,” OMI shared.

The singer said he has taken fatherhood all in stride and even quipped that he has learnt that “you do actually get gifts on Father’s Day.”

In addition to a newborn, the artiste has another baby keeping him busy – a business. The opening of From Head To Fleek Salon and Spa is the realisation of a dream to not only succeed as a globally recognised entertainer but as a businessman. He said because of it, he is spending more time in Jamaica.

As a recording artiste, OMI has attained several international milestones with the commercial success of the remixed version of Cheerleader by German DJ Felix Jaehn in 2014. The song also achieved double platinum status in the United States and, again, in the United Kingdom. Last April, another single released in 2015, Hula Hoop, hit 100 million views on YouTube, and the singer returned to social media to celebrate the milestone.

One of the 10 most-streamed artistes on Pandora, OMI has been predominantly labelled as a pop artiste. Some of the artiste’s latest tracks, such as Party Like It’s Your Birthday and Rollercoaster, released by Ultra Music, a part of Sony Music, are pop-oriented. He has not revealed the direction he is headed with new music, but has shared, “there is music in the works but we a wrap up legalities to mek sure things straight.”