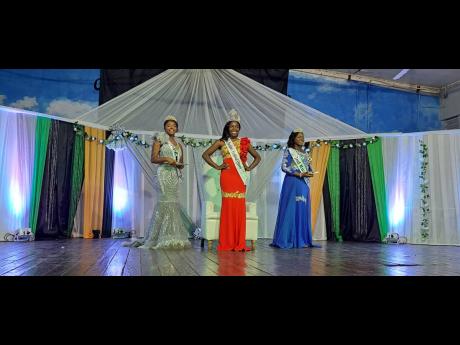 When 22-year-old Renae Thibaud won the Miss Portland Festival Queen Competition, little did she know that her success would restore some level of hope for other young ladies living in Long Bay, an area regarded as one of the most depressed communities in eastern Portland.

Since news emerged that one of their own won the coveted title, community residents in Long Bay have been echoing congratulations to the student and farmer, who wore the sash, Miss Blue Lagoon.

Thibaud, who spoke to The Gleaner, said that her accomplishment now opens the door for other women in Long Bay to take that bold step in believing in themselves, and to maintain a positive attitude in going forward to pursue their respective goals.

“I am really feeling great about the competition itself, but more so the fact that I am the first to have won a Portland Festival Queen title for my community of Long Bay,” she commented.

“Long Bay is a peaceful and scenic community with many beaches. This community is underdeveloped; however, it has a lot of potential. Since I was crowned Portland Festival Queen, I have been hailed as queen in my community. There are some girls that I mentor, and I have made it abundantly clear to them that when they get older, they too will be engaged in a somewhat similar competition, so as to gain that awesome experience.”

Thibaud said she will focus on skills training during her reign.

“During my tenure as Portland Festival Queen, I will seek to undertake, or initiate the process of, setting up a skills training centre for young men who just need an opportunity to harvest their skills, so as to make themselves useful. As it is now, what is needed is to provide them with the resources and opportunity to certify their skills. I’m already looking forward to the grand final in Kingston, slated for August,” she added.

Thibaud, who currently holds a Bachelor of Science degree in animal science, is a student at the College of Agriculture, Science and Education at Passley Gardens. She has expressed confidence that she will do well in the national competition.

In addition to winning the Portland Festival Queen Competition, Thibaud also won sectional prizes, including the Most Poised and Most Culturally Aware. Meanwhile, Hamilton was awarded Most Involved in the Community, and Most Popular on Social Media. Brown, a sixth-form student at Port Antonio High School, was awarded Most Talented.

Shaneiquah Lawrence was recognised as the Most Congenial, and Most Improved Contestant.