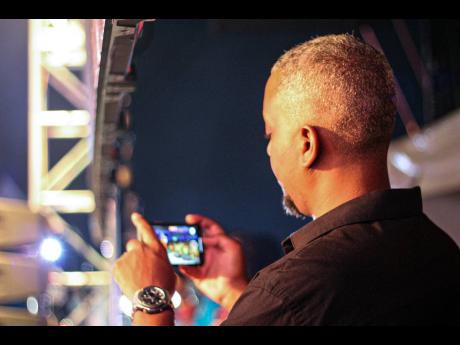 Stephanie Lyew
Brandon Crooks was absorbed in his role as videographer. 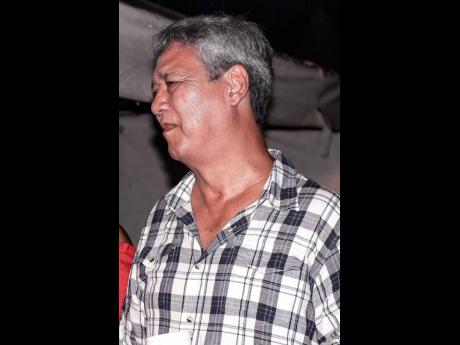 Stephanie Lyew
Richard Chin watches from the side of the stage as his daughter Tessanne performs. 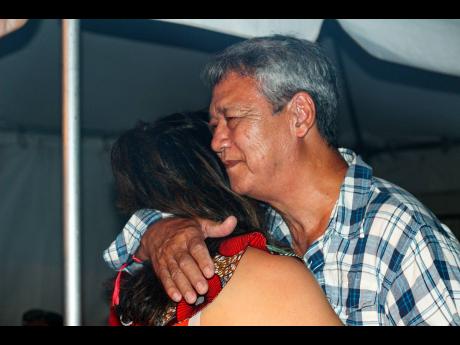 Stephanie Lyew
Richard Chin was overwhelmed to see his daughter Tessanne back on stage. 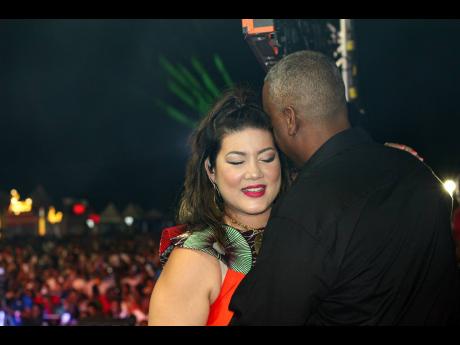 Richard Chin plays many roles standing backstage, as a father, motivator, inspiration, and cheerleader of Tessanne Chin. He was recently spotted at the 2022 Jamaica Rum Festival in Rose Hall, Montego Bay, watching intently as the songstress hit the high notes and interacted with her band and the audience.

The proud-papa moments are visible from the glossy eyes and smiles, and he doesn’t hold back shouting praises for his daughter. It’s not the easiest emotion to explain said Richard.

“Watching my daughter on stage once again, it’s like she’s being born again,” he told The Gleaner.

No stranger to the stage, Richard would have introduced his children to music from they were in their mother’s womb. Both parents were in a band called The Carnations. He was the band’s drummer, and their mother Christine played the trumpet and would also sing.

He said, “I feel very proud, and to see Tessy perform, to watch all my children, it is a special, special feeling.”

Speaking about proud, Richard said that welcoming a grandchild also gives him that ‘born again’ feeling. He, Tessanne, and the entire family welcomed Ivy Arrow Mitchell – her sister, Tami Chin Mitchell and Wayne Mitchell’s daughter – on June 16. However, he revealed that up to the night of the festival, he was yet to hold the little one.

“I don’t hug the baby as yet because I want to be careful. I am constantly around people, and I don’t want to risk passing anything to her. But when I get my chance, you know that bond, you know how it is going to be,” Richard said.

Meanwhile, Tessanne’s husband, Brandon Crooks, with whom she has two-year-old daughter Zaia, was absorbed in his role as videographer. He could not take his eyes off his wife. The only words he could say were, “My heart melts,” to see her shining on stage. Crooks was speechless and blown away.