Beenie Man talks impact of Dave Kelly on his career 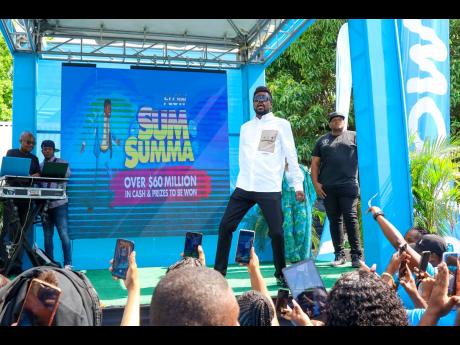 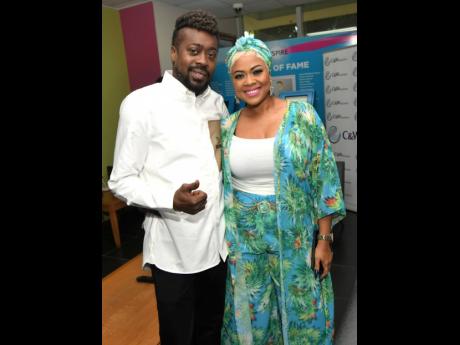 King of the Dancehall Beenie Man has hailed the impact of veteran record producer Dave Kelly ahead of a special Reggae Sumfest performance dubbed the Madhouse Tribute that will honour Kelly’s contribution to the music industry.

Speaking with The Gleaner last Friday at the launch of the Flow Sum-Summa promotion, the dancehall heavyweight said that Kelly has had a significant impact on his career over the years.

“Dave Kelly has been there from Shocking Vibes start; he has been there trying to support the company and get we (dancehall artistes) out there. Dave Kelly is the one that put the label on the map, I should say, because he made the Healthy Body beat which was my first number one, really. Dave Kelly has a lot to do with my career. He has given me over 10 hit songs, probably over six No. 1 songs. He has really done a lot,” he lauded.

Fan of dancehall music, especially those hit ‘90s tracks from popular artistes such as Buju Banton, Beenie Man, Bounty Killer, Baby Cham, Lady Saw and plenty others, have experienced the magic of Kelly.

Though he has created mystery around himself over the years, his impact and influence on dancehall music is undeniable, even from the shadows.

The Showtime, Joyride, Fiesta, and Mad Up rhythms which dominated airwaves in the ‘90s, were also productions of Kelly. For Beenie Man, tracks such as Dude, Slam, Old Dog, and Miss Angella are just a few of the popular songs from his works with the veteran producer.

Kelly wore many hats as he was not only a producer but also a singer and songwriter who voiced many songs from the ‘90s himself. He first started his career in music as a sound engineer but later began working with Donovan Germain on the Penthouse label before later launching his own label – Madhouse, in 1991. Born and raised in Kingston, Jamaica, and the brother of another record producer, Tony ‘CD’ Kelly, most of his rhymes and rhythms reflect the social and political realities and stories from the times they were created.

Beenie Man, whose real name is Moses Davis, recalled the first time he met Dave Kelly, and he became the go-to person for the “bad riddims”.

“He was just a kid man (when we first met). He was working with his brother at Tuff Gong Studio at the time, but we needed a riddim, so we had to go to him to get a rhythm cause Tony Kelly was not working, and he told us we could believe in Dave Kelly and he made two beats for us and actually sing on one with Little Lenny named Champion Bubbler, and then he made the Gun Inna Baggy riddim, and from there we have been friends,” he said.

Many dancehall fans, near and far, are anticipating the special tribute. Some are wondering if he will be in attendance, but regardless, Beenie Man says patrons can look forward to a night to remember.

Beenie Man has had a historical career over the years, both on a local and international level. He is hopeful that his Simma album will be released this August 2022.

“I want to drop it August 22nd, but I don’t know if we will have any pushback again. I’ll talk to Blue about that, but as soon as I get the date, I will give the date, and that was the last date I got, but for right now, we [are] working on a new single called Chop Suey so everyone can look forward to that,” he explained.