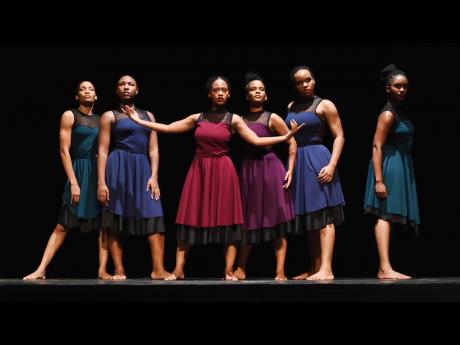 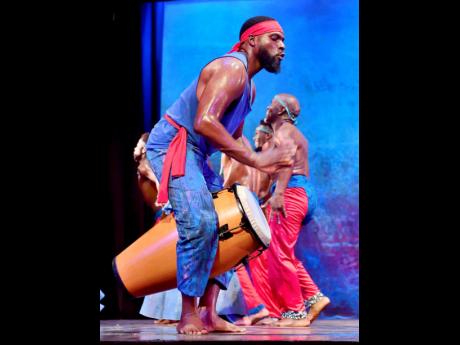 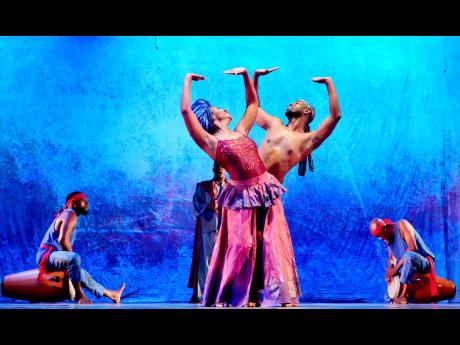 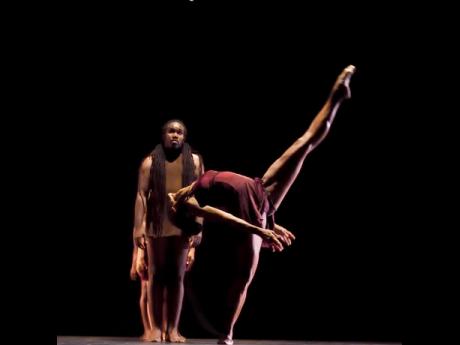 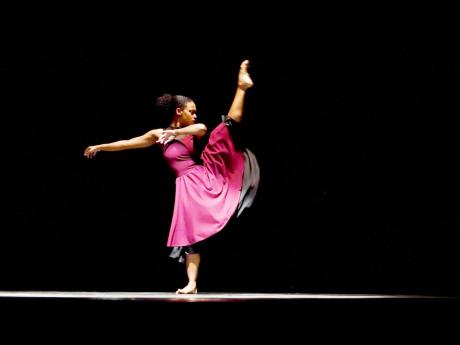 “Welcome back to live theatre.”

That was the greeting given by Marlon Simms, artistic director of the National Dance Theatre Company (NDTC), to the audience last Friday night at the Little Theatre. He was opening the company’s first full live annual theatre season in three years; the interruption was caused by the closure of theatres because of the novel coronavirus pandemic. (Last year, there was a hybrid performance and this year’s Easter Sunday saw the staging of an hour-long show).

The opening was a gala, complete with preshow eating, drinking and elegantly dressed patrons posing for photographs in the theatre’s foyer or in front of a huge NDTC billboard outside. All that was missing from the Broadway/Hollywood-style opening night was a red carpet.

“It’s such a beautiful sight,” Simms continued as he looked at the almost packed auditorium. The car park was deceptively full, for, in seating themselves in the theatre, friends and families maintained social distance by grouping together and leaving a seat or two vacant beside them. Judging by the cheers and applause throughout the show, the audience, too, found what they saw and heard on the stage beautiful.

‘Drumscore’, a 1979 dance choreographed by Rex Nettleford, a co-founder (with Eddy Thomas) of the 60-year-old company, opened the programme. It is a loud dance – with overpowering drumming and song by the NDTC musicians and singers, respectively. It’s a pretty dance – with the on-stage conga drummers dressed colourfully, the performers even more so, and with the women continually – dismissively/playfully – flashing the tails of their long skirts. Above all, it is an energetic dance, featuring fast-paced gymnastics and the frequent dashing on and off stage so typical of Nettleford’s creations.

“We have designed this evening with you in mind,” Simms assured the audience, adding that the show’s theme was ‘Energize and illuminate’. He might also have said ‘Celebrate’. That was the intention of the Rita Marley Foundation’s commissioning of the show’s second item, a suite of songs in tribute to the singer for her 76th birthday.

Selected from her extensive repertoire, they were arranged by the NDTC’s Acting Musical Director Dr Kathy Brown, and included Good Morning, Jah; Thank You, Jah; and Harambe. Of note is the fact that the colourful backdrop was originally designed by Colin Garland for Nettleford’s ‘Court of Jah’, a tribute to Rita’s late husband, Robert Nesta ‘Bob’ Marley.

Simms might also have identified the empowerment of women as a theme, a stated intention of Renėe McDonald, the choreographer of the next dance, ‘Unbroken’. Performed to several pieces, including Jackson Mullane’s Into the Abyss and Amanda Gorman’s We Rise (with words spoken by Tamara Noel), it is one of the new works of the season. The two musical items mentioned sum up the story about women falling/failing and rising again with the assistance of other women.

A musical interlude of bouncy instrumental music by the NDTC musicians, led by Dr Brown on keyboards, was followed by David Brown’s ‘Labess’ (2002). The word means “It’s all right” and the storyline, like that of ‘Unbroken’, is about people rising after falling/failing.

One is not sure how the story supports the statement made by costumes. Designed by the choreographer himself, they are brown dresses for the women and brown merinos for the two men. Because the two costumes were so similar, often, during the dance, the sexes couldn’t be differentiated.

‘Rough Drafts’, the most complex, thoughtful and thought-provoking of the night’s offerings, has five movements: Burden Bearers, Tenants, Spine be Strong, Dearly Departed and From the Cane Piece. I interviewed Walker shortly after he had choreographed the piece in 2014 and he told me, among other things:

“The title is a reflection of the belief that living is a process of learning, discovering and growing; we live our entire lives in process,” and “the work is about reflection and projection. I want the audience to leave with a sense of joy in community and general sense of possibility.” He explained that he had discussed the piece with Ewan Simpson, the then company’s musical director, in the context of creating a contemporary rereading of the Jamaican folk song “Eva, a fallaline gyal”.

‘Don’t Leave me’, performed to Nina Simone’s soulful singing of Ne Me Quitte Pas, enables Mark Phinn to show off his magnificent physique and graceful control. All he wears are tiny trunks. The joyous ‘Gerrehbenta’ continues to delight.

Despite the long lay-off, the company’s dancers, singers and musicians are in fine shape and they executed all the pieces well. The audience enjoyed the show, even with the high gala prices, and I’m sure that the free show for children on August 6, starting at 11 a.m., will give as much pleasure.