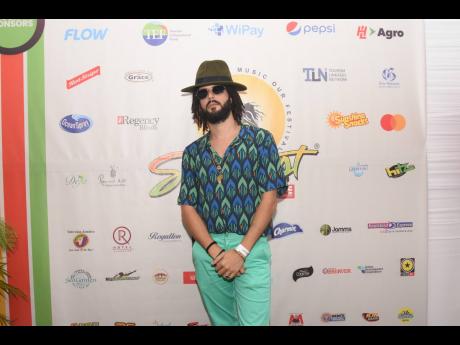 At the beginning of his musical journey, Spanish reggae recording artiste Irie Souljah promised to represent reggae music, deliver relevant messages and deep spirituality. He was only 14 years old when he fell in love with the genre, but pursuing music had been predestined, having learnt to sing before he could talk and how to play the guitar before he could walk.

“Music [has] been naturally part of my life. My family saw the music in me because, according to my mother, before I could speak, I was able to sing and absorb the melodies of music playing on the radio. At age four, she bought my very own guitar, and it helped me to develop the skills I needed; now I play several instruments, and I’m also a producer of music,” Irie Souljah told The Gleaner.

A rebellious teenager, Irie Souljah’s road was filled with barriers and unexpected detours, but his mother was an essential voice of reason and reminded the young Josep Jordi Grau Saula that music would take him on the most satisfying journey. Recalling the music that would become influential in his life, Irie Souljah said, “These would have first been references from my own parents while growing up.”

“It was mainly ‘black music’, and I was always deeply influenced by those sounds or found it very natural, from Stevie Wonder to Michael Jackson and then Bob Marley and Peter Tosh. When I turned 15, I started to go out to parties in Spain and was exposed to Sizzla,” he said. “I like the type of music he delivered and the messages it did bring forward, and that connection never happened to me with any other genre of music. I fell deeply in love with reggae music, and I’m feeling ‘up-full’.”

The first vinyl Irie Souljah purchased kindled his love for reggae. He named Bob Marley’s Catch A Fire as an album that he can always go back and listen to and learn something new. In 2008, the Barcelona-born singer-songwriter formed his first band and then it experienced a revamp two years later and was named Mystic Souldiers, which incorporated musicians with knowledge of reggae but unlike the singer who was ready to give his heart and life to the genre, “some of the other man dem never ready fi make the decision to go further. Me used to tell dem it nuh mek no sense we sit down over here [in Europe] a watch videos of what happening in Jamaica, we have to go to the birthplace of reggae to see what the great man dem a do.”

That disharmony resulted in the separation of the band, and Irie Souljah would journey to Jamaica alone. He has shared in past interviews that living like an immigrant was not an easy road. He visited in 2014, but for two years, moved back and forth until 2016, when he was able to settle on the island. Though residing in Jamaica for the past six years, last Saturday was the first time he attended a Reggae Sumfest Festival.

“Everybody from my family is living in Spain, and it was not easy moving here because of immigration laws, but it all happened when it needed to. Surprisingly, every single time Reggae Sumfest a gwaan, I’m always on tour or performing elsewhere, so this was my first time overall – to see other performances live and perform. I even just returned from Spain and France, where I did a few shows. So, it’s an amazing feeling to forward for the first time and doing it all at once,” Irie Souljah shared.

He shared that the Jamaican audience, when compared to European audiences, challenge performers. He has performed at major European music festivals with over 30,000 patrons, including Overjam International More Than Reggae Festival in Slovenia with Kabaka Pyramid, Live at Melkweg in Amsterdam, Ruhr Reggae Summer and Reggae Jam Festival in Germany, among others.

“In Jamaica, the people don’t just take any likkle show or performance; you have to deliver. It’s been a long time me nuh get nervous – not that I was – but forwarding I had a feeling I never get for a long time, but my mother tell me when I get a feeling like that, something great is happening,” Irie Souljah said.