Dream Weekend 2022 kicks off with fireworks 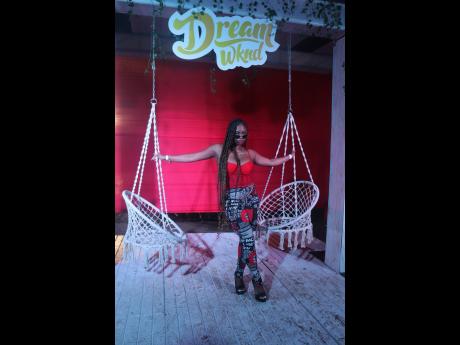 Raymond Simpson
Kitty B, a model and model coordinator from Washington, DC, shows off her outfit that was put together to match the red and white theme of the event. This was her first time attending Dream Weekend. She says she is planning to slay the looks all weekend long. 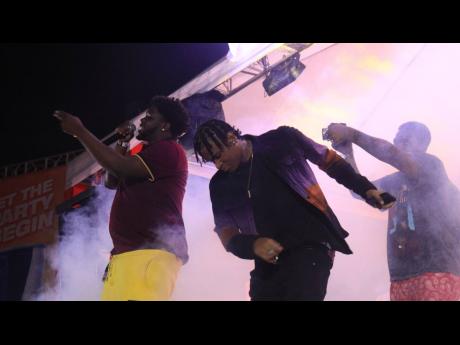 Raymond Simpson
Dancehall newcomer, Marksman (centre), performs at Celebrity Playground, the first event of Dream Weekend 2022. He is joined on stage by viral sensation and artiste Biggs Don during his set. 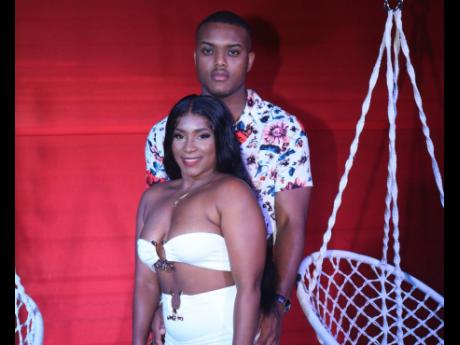 Raymond Simpson
Asacia and Sanjay Reid were ready to have a good time at Celebrity Playground. The couple has been married for four years and have made it a tradition to attend the event over the years. 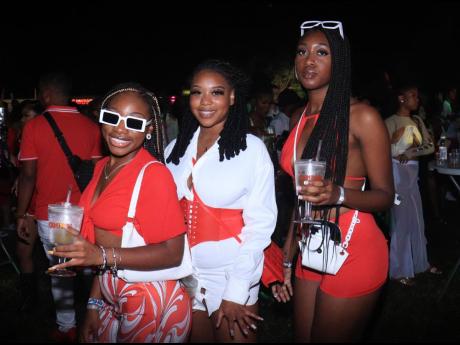 Raymond Simpson
These lovely ladies put their own spin on the red and white dress code. 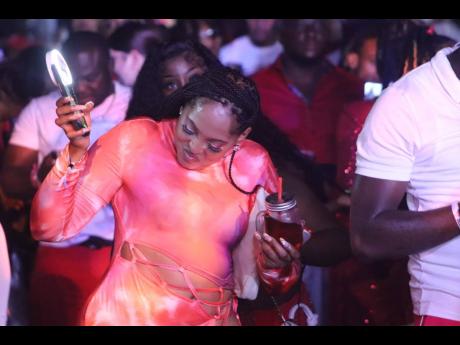 Raymond Simpson
The vibes were high at Celebrity Playground. 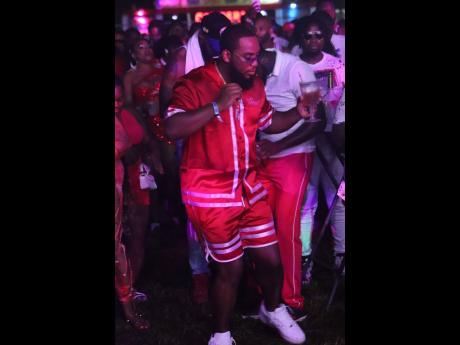 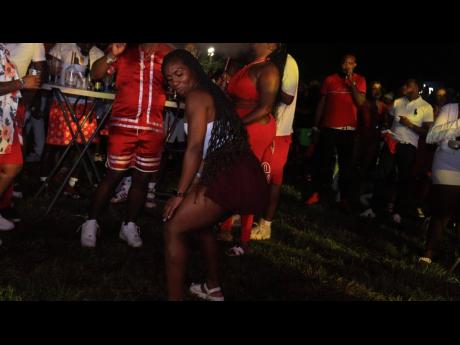 Despite the mud in the venue resulting from heavy rainfall Friday evening, thousands of patrons made their way to Long Bay Beach in Negril for Celebrity Playground, the first event of the Dream Weekend party series.

As good vibes radiated through the venue, the cool sea breeze created a sense of euphoria. This was further underscored by the fireworks show that had the crowd dancing under the lights while others took quick snaps of the display.

Ensuring that patrons received their money’s worth, dancehall newcomer Marksman gave an energetic performance that had the audience singing along to his tunes while he showed off his dance moves on stage. As the youngster performed his break-out track, Verified Choppa 2, the crowd riled up in excitement, but when he brought viral sensation, Biggs Don, patrons gave the show a stamp of approval, indicated by resounding cheers that echoed across the venue.

The second event of the weekend – Daydreams White Sands – started at 2 p.m. today. The all-white affair will feature a performance by popular dancer-turned-artiste Ding Dong, and music by Crazy Neil, Chromatic Live, Pure Vibes, and Extatic Sound. Yush is also scheduled for later today, and Sizzla is billed to grace the stage.