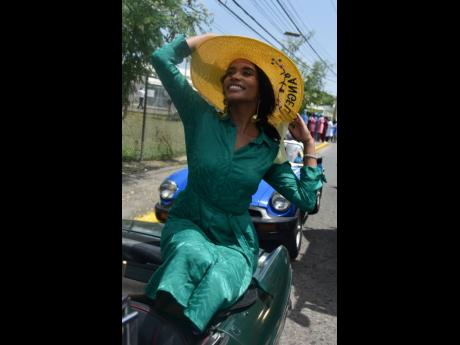 Kenyon Hemans
Miss World 2019 Toni-Ann Singh led the Convoy of Beauty as Queen of the Parade. 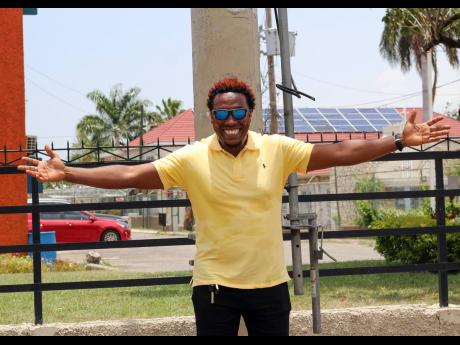 Stephanie Lyew
Comedian and television host Dufton Shepherd was ready to be a part of the Jamaica 60 Float and Street Parade excitement. 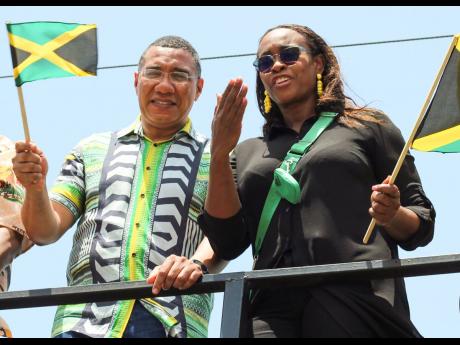 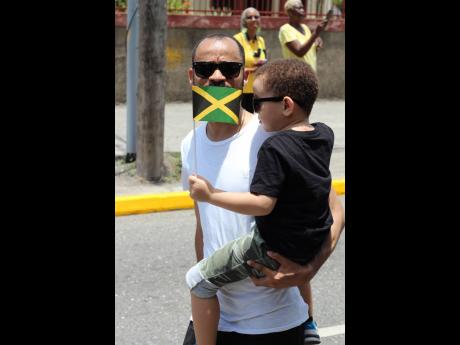 Stephanie Lyew
Emancipation Day was all about father and son bonding time for Ricardo and Zev Clarke who walked along the streets of Kingston following the parade. 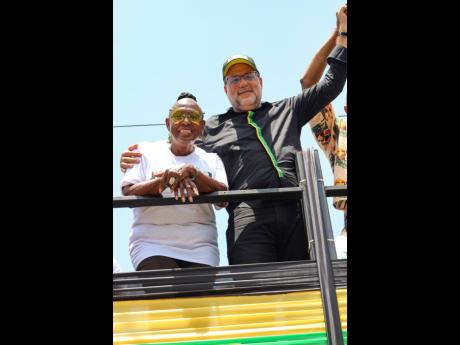 Stephanie Lyew
Minister of Culture, Gender, Entertainment and Sport Olivia ‘Babsy’ Grange and Opposition Leader Mark Golding are observed having a laugh atop the VIP viewing deck during the Jamaica 60 Float and Street Parade. 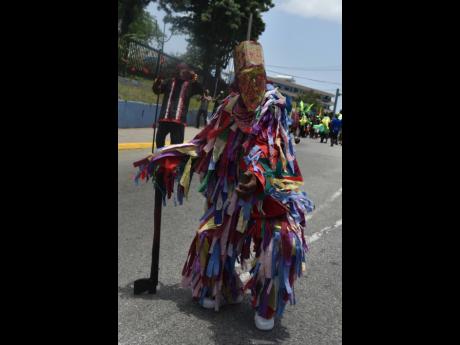 Kenyon Hemans
Jonkunnu character Pitchy Patchy is generally given the task of keeping the crowd in line. 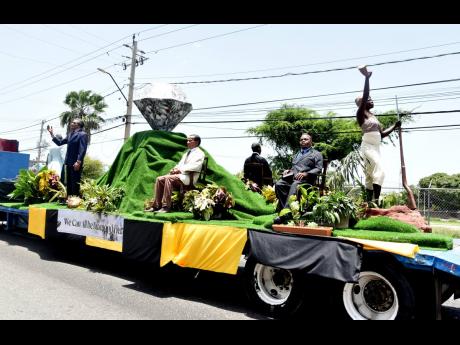 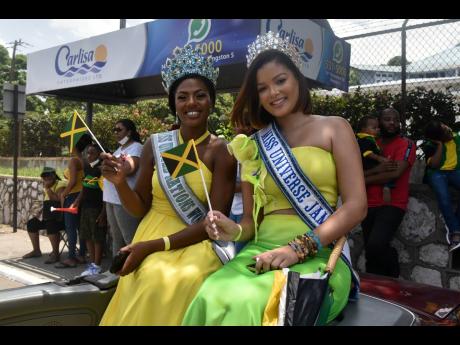 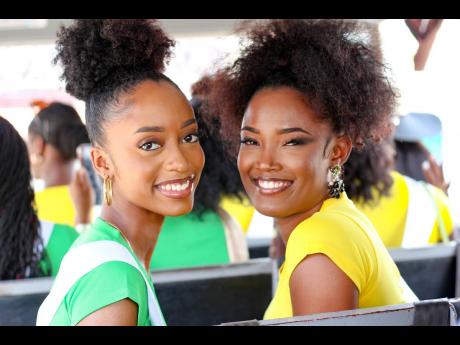 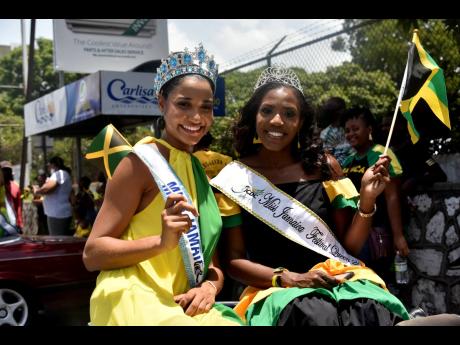 Emancipation Day festivities were highlighted by the Jamaica 60 Float and Street Parade, which commenced at the Ranny Williams Entertainment Centre and culminated at the National Stadium car park.

Welcoming the heat of the sun, parade participants and the spectators moved quickly into Half-Way Tree, where an official opening of the festivities was marked by the blessing provided by Archbishop of Kingston Reverend Kenneth Richards and a short speech from Prime Minister Andrew Holness.

This was followed by the release of the “peace doves” by several members of government, the clergy and civil society.

The resounding message and mood in the streets of Kingston was that the selected theme for this year’s diamond jubilee celebration – ‘Reigniting a Nation for Greatness’ – is the most appropriate.

Having seen the turnout and camaraderie of the people, Jo-Anne Archibald, principal director at the Ministry of Culture, Gender, Entertainment and Sport, only had one thing to say, “We’re reignited!”

Several of the floats demonstrated authentic Jamaican flora, fauna and food and shared the rich culture with the members of the public who gathered in numbers to witness the event.

Among the floats were the Diamond Heroes; Crime Stop For Paradise; Sounds of Jamaica, including Fab 5 band, Renaissance Disco and Stone Love; Reap What You Sow; Bridge to Progress; God is Love, and Sweet Jamaica. The balloon float was a favourite of children, who were most fascinated with the spectacle of creativity.

There was much to see with over 1,000 persons in costume, from carnival wear to dramatic Jonkunnu pieces. The Hah-R-Mony Entertainment group out of Montego Bay comprised of talented dancers, singers and musicians from Jamaica, Cuba, Guyana and Dominica were fully costumed and excited with their routines.

“We are happy to travel the distance to be part of the Jamaica 60 celebrations and helping to reignite that coming together of different nations and talents,” said Shanoy Harris, one of the dancers of Hah-R-Mony Entertainment.

Referring to the theme, Harris said it “recognises the greatness that our country and its people hold and show how much we have impacted other persons and cultures worldwide.”

The Eagles and Troopers band also entertained the crowd with their musical arrangements and choreography.

The ‘Convoy of Beauty’ led by Miss World 2019 Toni-Ann Singh was another attraction as the ‘Queen of the Parade’ among other crowned queens were fashionably fitted and chauffeured in classic cars. It featured this year’s Miss Universe Jamaica semi-finalists whose waves did not go unnoticed. Both Karl Williams and Mark McDermoth, national co-directors of Miss Universe Jamaica, said that the parade was something they wished to see and participate in the future for the exposure and experience it offered to the beauties participating in the pageant.

The dampener of the day was the late start, a few technical challenges on one of the Sounds of Jamaica trucks, which resulted in at least half-hour of no music and the absence of more heritage trucks to represent the country’s motto of ‘Out of Many, One People’.

One disgruntled spectator said: “We needed to see the different races represented that make up our culture. Persons were here expecting to see floats representing our Maroon people, the Arawaks, Africans, Chinese, [and] Indians all on a float. While it is realised that a lot of hard work went into the parade this year, it is something to note for future executions so that it does not only entertain but educate the youth that come out to see the greatness that we want to reignite.”