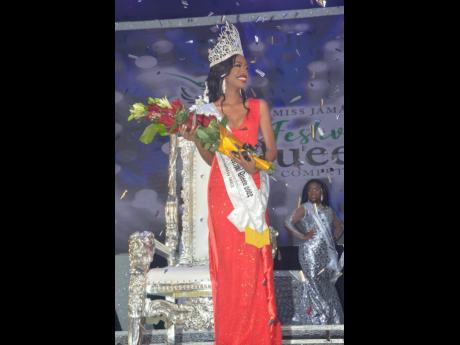 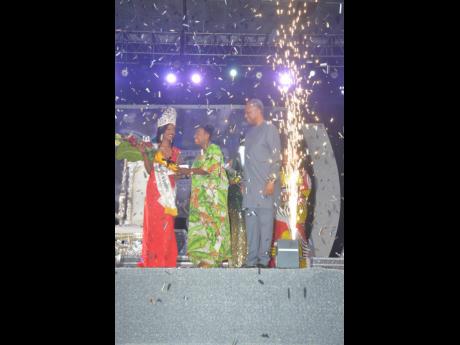 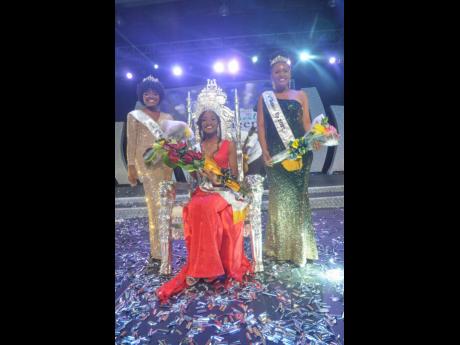 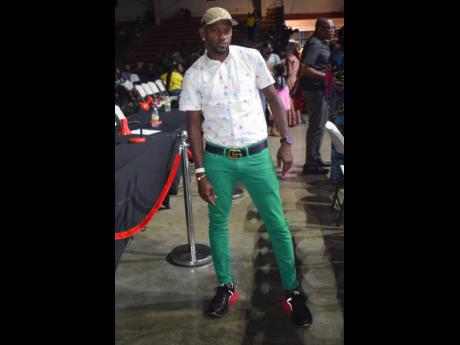 “I feel great! Feeling more than elated. Super proud, super blessed. I am not surprised because I know the type of child she is,” a beaming Ras Ghandi told The Gleaner on Monday night after his daughter, Velonique Bowen, took the 2022 Jamaica Festival Queen title.

From a field of 13 parish queens, the petite Bowen stood tall. Wearing the sash Miss Kingston and St Andrew, she claimed four of the night’s seven sectional prizes – Most Popular on Social Media; Most Culturally Aware; Most Active in her Community; and Most Poised.

From then, the already totally-in-love audience inside the National Indoor Centre in Kingston knew that their girl would be the winner, and she didn’t disappoint at the final hurdle, which was the question-and-answer segment. When her name was announced as the new queen, there was a fierce battle between the ‘fireworks’ coming from the jubilant audience and that prepared by the organisers. Ras Ghandi cheered the loudest.

“When she mentioned it to me, I said go ahead because nothing is impossible. I was at the crowning at the Little Theatre, and I came back to Jamaica two days ago to be at this one. I know that she was going to win, so I would feel guilty not being here at the major one. I was here tonight to cheer her on,” the Ital Stew singjay said.

Bursting with fatherly pride, Ras Ghandi shared that “Velo is a good singer” and that when she was younger, Queen of the Dancehall, Spice, expressed a desire to have her perform with her on stage.

“But I told her ‘not yet, school first’. And yuh saw what she did on stage tonight. Velo is talented and brilliant,” the doting dad said.

For her talent piece, the newly crowned Jamaica Festival Queen did her spin on the Baby Wayne hit song, Mama, a cry from a gangster who has just been jailed. Bowen, however, took it from the angle of a gangster who has just been released from prison, and as a reporter at CVM, she incorporated her real-life job into a captivating skit and deejay piece titled Back to Life.

In a brief interview after being crowned, the 22-year-old Bowen shared that “being there with the other participants made it so much more worthwhile. We were able to lean on each other, share some of the stress, and we were able to balance having fun and working hard.”

Minister of Culture, Gender, Entertainment and Sport Olivia Grange said she was overjoyed.

“I am very happy about tonight. From yesterday into last night, into this morning, throughout the day and into the Festival Queen contest tonight, I can say that the work was well worth it. The ladies tonight shone. They are perfect examples of the kind of young women who are coming forward in Jamaica today to serve this nation. They are all queens, and I said that to them tonight,” Grange said.

Giving a brief history of the contest, Grange noted that it started as a beauty pageant, but, over the years, it has evolved. “We now seek cultural ambassadors ... young women who know their history, their heritage, who can speak to Jamaica and its development and also to environmental matters. The outgoing queen, Dominique Reid, is a dentist, and she has done very well during her [reign],” the minister commended.

On Monday night, Grange also enjoyed one of those moments in time.

“Tonight, there was something special. When I saw Dahlia [Harris] and Jenny Jenny on stage, they are former festival queens, and when I saw the JCDC acting director on stage, she is also a former Jamaica festival queen, and when I saw those former queens asking questions of the girls, I said, ‘Wow, we are connecting the dots ... we are closing the circle. and it is wonderful.’ I can be very proud as the minister. I want to commend all those who were involved in the production and the training of the girls on a job well done,” Grange said.