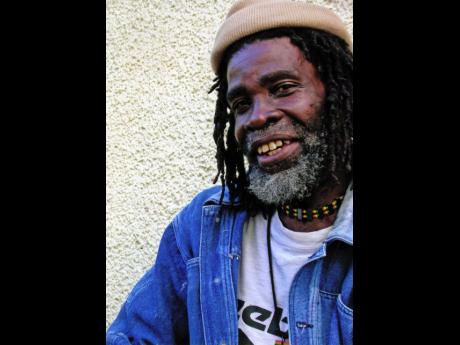 Ska and rocksteady singer Dudley Sibley, one of the foundation artistes associated with the legendary Clement ‘Sir Coxsone’ Dodd, died last Saturday at his home in Kingston. His daughter, Grace Corvino, his only child, reported that Sibley, who was 73, passed away peacefully, but that he had been ailing quietly.

“I didn’t know that he was sick. The last time we spoke, he was his usual self; he never complained. I just found out from the neighbours,” Corvino, who resides overseas, said.

One such neighbour was Nadia McIntosh, who was also his caregiver. It was she who found Sibley sitting on the verandah last Saturday evening, lifeless. McIntosh explained that Sibley, who wore a colostomy pouch, had been feeling unwell from the Sunday before but didn’t want to visit the doctor.

“Although me beg him, Dudley just didn’t want to go to the doctor. The Saturday morning, when I went to the house and made him a cup of tea, I realised that his hand was shaking, so I helped him. I asked him again about going to the doctor, but he told me to go to the market. On my way back, I was calling him and he didn’t answer, and that’s not like Dudley. So I took the taxi straight to his house and saw him sitting on the verandah. I called out him name, and he didn’t answer. So I went up and touched him, and he didn’t respond. That’s when I realised that Dudley was gone,” McIntosh said sadly. She spoke at length about his kindness.

Sibley, who was born on September 12, 1948, in Derry, St Mary, moved to Kingston at age 11 and from then, he had a desire to do music. Black Star Liner singer Fred Locks clearly recalls seeing Sibley at Dodd’s studio and overhearing him tell the producer that he had a good song that he wanted to record.

“But ‘Duddu’ was the gardener, and Mr Dodd tell him, gwaan back go do the garden work. Eventually, Coxsone give him a break and record the song called Gun Man. And it do good, too. But ‘Duddu’ feel like Coxsone was trying to keep him in the background as a handyman and not a real artiste; but him never hold nuh bitterness ‘gainst Coxsone,” Fred Locks said.

Gun Man climbed to the top 10 of the British charts and has the distinction of being the first song in Jamaica to use that title. A ‘rude boy tune’, it was not glorifying the gun, but was banned from the airwaves in Jamaica.

In an interview with THE STAR last year, Sibley shared that in the early ‘60s, he met a 16-year-old singer who would become his friend. Most people know that singer as Bob Marley, but Sibley referred to his friend simply as ‘Robbie’.

“Robbie was three years older than me, but we had a similar home situation that see us both ending up at government yard in Trench Town. Yes, the same place Robbie sing ‘bout. And Robbie get a place to stay at the back of Coxsone, Brentford Road premises, and I ended up there, too,” Sibley recalled. “Robbie was a talented guy and from me see how him put him things together, I know that he had it in him to be big. Me feel good when Robbie song dem start hit, and him feel good for me when my song, Gun Man, come out and hit the British chart.”

Sibley’s daughter, who is a mother of five, shared that her children all love their grandfather’s songs. She listed songs such as Run Boy Run; Time is the Key; Hole in Your Soul, a collab with Peter Austin; See Them a Come; and of course, Gunman.

“My father loved music. It was his soul. When he went to perform in Uruguay about five years ago, we used FaceTime to watch him perform, and it was great. My father was very kind; he would give you the shirt off his back. I am still in shock,” Corvino stated.

Her wish is for Sibley to be recognised for his hard work and dedication to the music industry.