300 drones for mother of all Independence Grand Galas 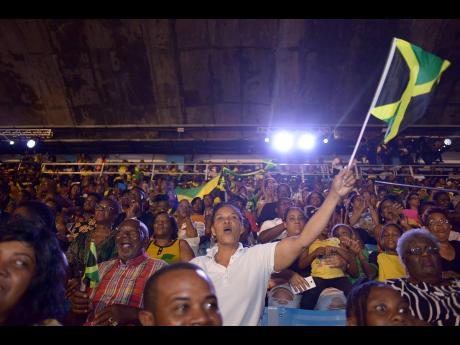 File
Projections are that 30,000 spectators will be present inside the National Stadium on Saturday for the larger-than-life cultural showcase, which is scheduled to begin at 6 p.m. 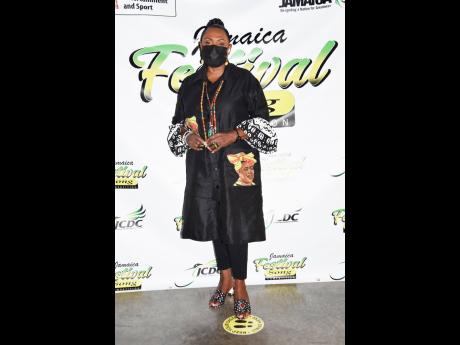 File
Minister of Culture, Gender, Entertainment and Sport Olivia ‘Babsy’ Grange said the annual Independence Day festivities will be even grander for this year’s celebration of Jamaica’s diamond jubilee.
1
2

A spectacular showcase featuring a never-before-seen 300-drones will be one of the main highlights of this year’s Independence Grand Gala, which will be held at the National Stadium in Kingston on Saturday, August 6.

Minister of Culture, Gender, Entertainment and Sport Olivia Grange noted that the annual Independence Day festivities – which epitomise its name in every way – will be even grander for this year’s celebration of Jamaica’s diamond jubilee.

“Over 3,000 performers will be inside the National Stadium, drawn from community groups, dance theatre companies, the JDF, JCF and uniformed youth groups. It is going to be a wonderful package,” an animated Grange shared during an interview after the Miss Jamaica Festival Queen coronation show at the Indoor Sports Centre last Monday.

She added, “We always get commended for the Grand Gala. And as the governor general said to me the last time, ‘I don’t know how you are going to top this.’ Well, we are planning to top what we have done in the past, and one of the highlights will be a spectacular show which will include 300 drones. It’s the first time [in] the Caribbean that anyone is going to see such a spectacle,” an immensely pleased Grange said.

Projections are that 30,000 spectators will be present inside the National Stadium on Saturday for the larger-than-life cultural showcase, which is scheduled to begin at 6 p.m. Some special guest performers include Beenie Man, Barrington Levy, Teejay, Toni-Ann Singh, Glacia Robinson, and Tessanne Chin.

At a July 26 address to the House of Representatives, Grange announced that members of the public who are desirous of attending the Grand Gala should collect tickets at Sangster’s Bookstore locations in Cross Roads, Spring Plaza, Portmore Pines, and Montego Bay; World Net Microfinancing branches and Jamaica Cultural Development Commission (JCDC) offices islandwide.

Tickets will also be distributed at the Jamaica 60 Independence Village inside the National Stadium, and that other locations will be announced. The annual event is free to the public.

“For those who are not able to get tickets, it will be live on television, electronic boards across the island and we will be streaming right across the world,” Grange is quoted in a JIS release.

Not wanting to give away too much, the minister told The Gleaner, “We have participating paratroopers from Guyana, and other guests from overseas will be helping to even further enhance our show. Of course, we will have the usual fireworks, and we will be honouring as musical icons, Derrick Morgan and Sanchez.”

The sport minister mentioned that a sport icon would also be honoured.

“One of our special guests will be Micheal Ward, who is quite a personality on Netflix through his show, Top Boy,” Grange added.

The 24-year-old British-Jamaican actor, who was born in Spanish Town and lived in Job Lane, is visiting Jamaica for the first time in 20 years. Ward’s stated mission is to reignite family bonds and celebrate the country of his birth in its 60th year of Independence. His other film credits include The Old Guard, The A-List and Blue Story, for which he was awarded the 2020 British Academy of Film and Television Arts Award as Best Rising Star.

Grange and her team’s plan to make this the mother of all Grand Galas comes with some amount of poignancy. It happens in a year when Jamaica was robbed of one of its most brilliant sons, renowned artistic director Trevor Nairne, who passed away in May. His genius at bringing to life the ‘grand’ in Grand Gala has been lauded, and Grange has described Nairne as “one of the most influential theatre directors in Jamaica’s history” as well as a “creative whose genius was on resplendent display at the country’s annual Independence Grand Gala”.

On this year’s Independence calendar of events also is the Western Mini Gala set for August 7. The Western Gala will feature performances from Jermaine Edwards, Govana, Tessanne Chin, Teejay, and Laa Lee, among others.