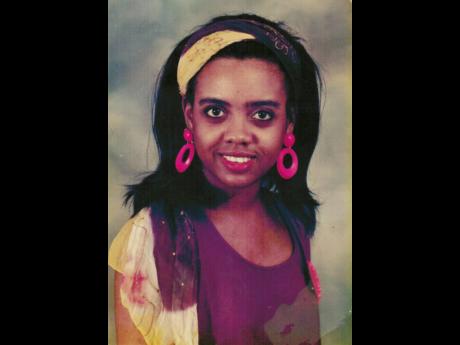 At age 23 years, she was the top executive for Donovan Germain’s Penthouse Records in Jamaica, handling the likes of Marcia Griffths, Beres Hammond and Buju Banton, among others. More than two decades later, many in the music industry are wondering where she is and why she is no longer a prominent player in the industry.

Say the name Andi Green, Andi Browne or Green Girl and there is no question among many top musicians to whom you are referring. Today, Green quietly works for a major hardware company in Jamaica and has stayed out of the music industry and its limelight.

When The Sunday Gleaner caught up with her for a telephone interview, she admitted that she walked away from it for family reasons.

To understand the bug she was bitten by, you need to revisit her early days at St Hugh’s High School and her love for performing, whether singing, drama or production. Forbidden by her aunt to perform, Green nevertheless found ways to let her talent shine. She was back-up singer for several artistes; was a member of an all-girls singing group, toured Japan and other places, and later managed several artistes.

“Every now and then, I get swept up into a magical flashback moment of good times past. I giggle to myself as I feel like a Forrest Gump. It’s like I was right in the swirls of magical musical moments. Sigh ... the micro-seeming moments are still so nice and fresh in my mind,” she told The Sunday Gleaner.

Green recalled that it was Dave Kelly who invited her to join Penthouse Records.

“After leaving Castro Brown’s New Name Music as a studio manager at 22 years old, Dave recommended me and invited me to Penthouse as a studio secretary. Donovan Germain made me general manager and a director before I was 25,” said Green.

She spoke of the beautiful years of growing in confidence, fuelled by great leadership.

Penthouse Music was the first record company in Jamaica to pay artistes royalties for their music. “ I remember when I gave Marcia Griffiths the first cheque and she wanted to know what it was for,” she said.

She also shared other nuggets of a past life. For example, when Buju Banton first came to Penthouse, the studio was really looking for singers but Green felt that this deejay had something special and he was taken under her wings. Beres Hammond’s debut single for Penthouse, Tempted to Touch, was done as a tribute to her.

Briefly caught up in the nostalgia of the past, Green zeroed in on the era which saw her as a participant in the dawning of many great dreams coming to pass. ‘Twas the era pre-Reggae Sumfest; pre-Penthouse Showcase on IRIE FM; and pre-Ja Ja Jah All Stars of Reggae Japansplash.

“It was the time of JFM Awards, Rockers Awards, Jammy Awards, Coca-Cola Teen Splash, Reggae Sunsplash. Mykal Rose was a ‘Grammy Roze’ and 809 [band] was a reggae bed of niceness. It was the time of dreams of Madhouse [Records] ... when the Melody Makers were on the road nuff nuff. Beach shows from Fort Clarence to Negril were well attended as long as it’s not on a Rae Town night. Epiphany swung all night and Skateland still welcomed the Ouch Crew and Sparks Bike Club. Music Works was right next door and 56 Slipe Road [Penthouse’s former address] became an address for musical dreams to come alive. It became business, royalties and all. So said Sister Marcia to Beres and Sly agreed. Right there in the lobby of Penthouse Records, Germain meant business,” Green recollected.

Today, Andi Green is no longer a part of the active music scene in Jamaica, although she maintains numerous contacts in the industry and recalls fondly her halcyon days.

Will she get back? She does not think so but continues to follow the progress through her contacts at the Jamaica Federation of Musicians, of which she is a foundation member.