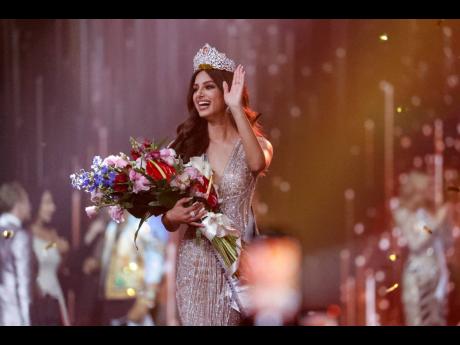 AP
India's Harnaaz Sandhu waves after being crowned Miss Universe 2021 during the 70th Miss Universe pageant in Eilat, Israel. Come 2023, Miss Universe is to allow married or divorced women and women who are pregnant or have children to compete.

The Miss Universe pageant is set to change its eligibility rule to allow married or divorced women and women who are pregnant or have children to compete.

The rule change will come into effect for the 72nd edition of the pageant, which will take place in 2023 and was announced in a memo sent to national directors worldwide.

"Effective with the 72nd Miss Universe competition and national preliminary competitions leading up to it, women who are or have been married, as well as women who are pregnant or have children, will be able to compete," said the memo, which was leaked online.

It said the move was in response to a survey conducted by Miss Universe with its audience and directors and is aimed at giving women "agency over their lives".

"Recent data also shows that the average age of marriage for women and first-time pregnancy, globally begins at 21," stated the document.

Miss Dominican Republic Universe has already selected its 2022 representative — Andreina Martinez — who won the title in 2021 but contracted COVID-19 ahead of the grand coronation.

Organisers have begun casting for 2023 and have already interviewed a mother within days of the announcement. "On our first day of casting, after being interviewing girls from 7 a.m. comes Marìa Peńa, the first mother with just two weeks of having given birth to her firstborn to sign up for the next #MissRepublicaDominicana2023," said a post to the Dominican Republic franchise's official Instagram. "[She] is super excited [and] thanked @missuniverse for this great opportunity to fulfil her dream," continued the post, written in Spanish.